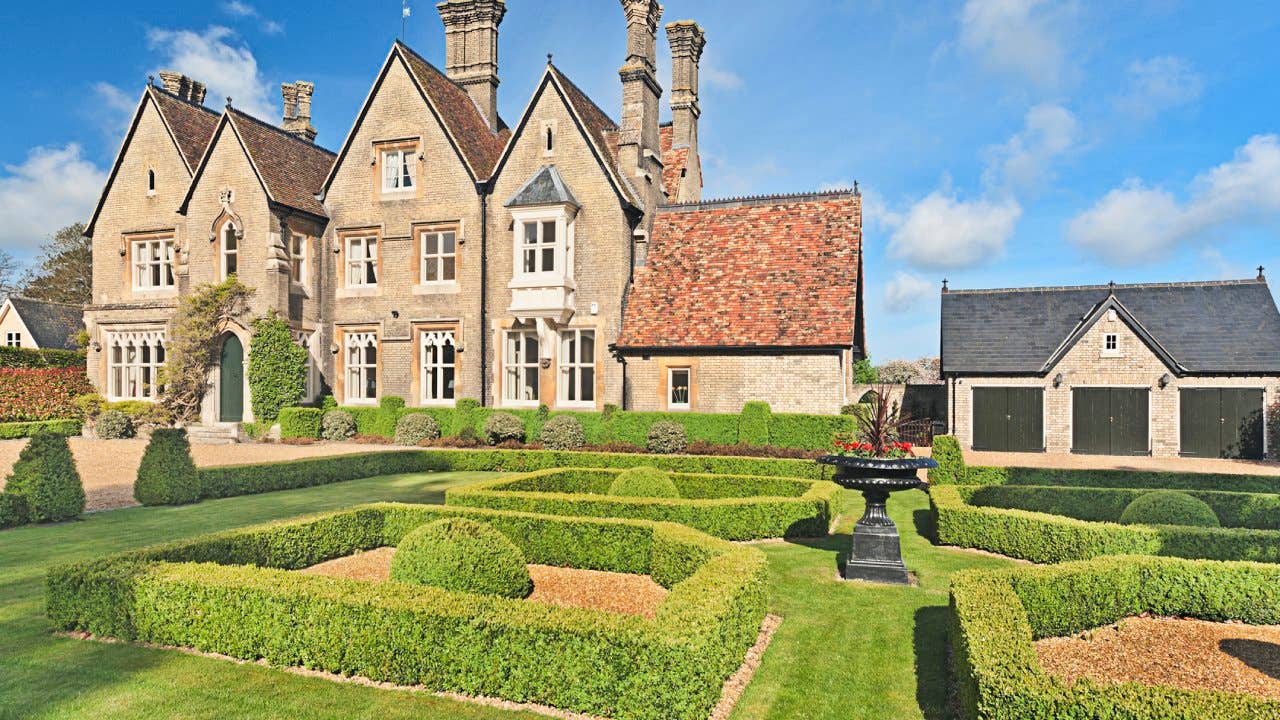 When you hear the word “mansion,” a certain image probably comes to mind: multiple stories, grand staircases, Scrooge McDuck diving into a basement full of coins. At the very least, mansions conjure ideas of gigantic rooms, opulent facades and luxurious amenities. But what is a mansion, exactly? As it turns out, the term is hard for even real estate agents to agree on.

Despite the fact that there is no one set of rules for what defines a mansion, these larger-than-life homes do share some characteristics. While many listings agents avoid using the term, due to its vagueness, some adverts may characterize a property as a “mansion,” especially if it’s being sold by its owners. And, of course, it comes up in common parlance or verbal descriptions.

So, if you’re thinking of listing your home or want to buy an impressive property, here is what to know about what a mansion is and isn’t.


What makes a house a mansion?

Certainly, when it comes to characterizing mansions, size does matter. Some real estate pros consider any property over 5,000 square feet to be a mansion, while others may limit the honorific to homes that exceed 8,000 square feet. (For reference, the average size of a home in the U.S. in 2020 was 2,261 square feet, per Statista.)

Also, the minimum size for mansions is relative. If a home is significantly larger than other properties in the area, it may be considered a mansion by local standards.

At the end of the day, we can all agree that mansions are big. In addition to their larger size, though, mansions typically are luxury properties. They’ve been individually built, often of high-quality materials, and boast luxe features like: 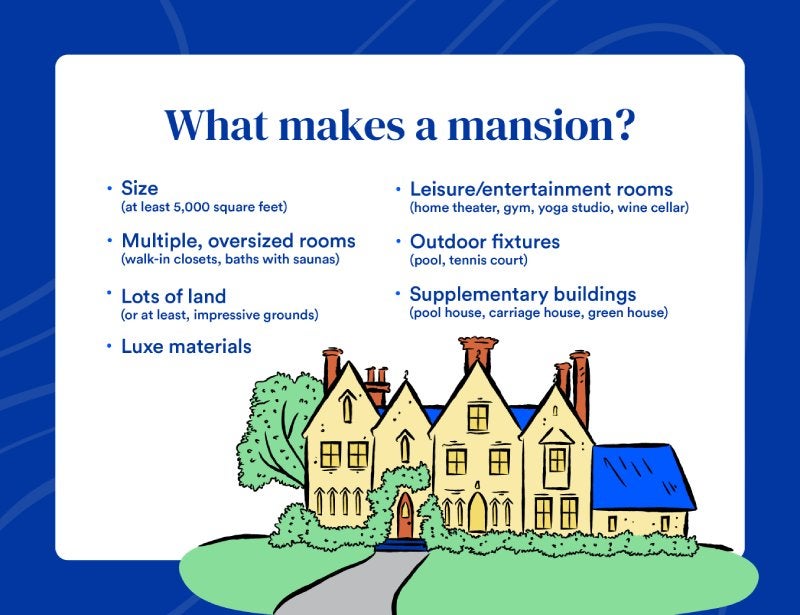 Often, you won’t find a home explicitly listed as a mansion, unless the property is a historic home with the word in the name (like Gracie Mansion, the mayor’s residence in New York City). So how do you spot one in a listing?

Well, aside from the size (remember,  5,000 square feet and up), there are certain code words. You may see properties listed as an estate, ranch, vineyard property, hacienda, manor, private island or another term that implies grandiosity and luxury. Many agents will also call a property “exclusive” to imply large and expensive.

Bear in mind, mansions can be of any architectural style or design. Appearance-wise, what makes a mansion in Oklahoma may not be a mansion in New York City. Given the geography and available land, a mansion home in NYC can and often does take the form of a two-floor penthouse with private elevator atop a high-rise while in Oklahoma a mansion could be a sprawling 10,000 square-foot ranch.

Some brokers deal exclusively in what they call luxury homes or upscale properties, and these will typically have the characteristics of a mansion. Brokers like Sotheby’s International and listings platforms like MansionGlobal.com tend to deal only in mansion-like properties, so buyers looking for large and luxurious properties may want to look for the right Realtor instead of focusing on the regular MLS.


What is a McMansion?

There is a subset of mansions called McMansions, a slang term that came into use during the late 1990s and early 2000s. It’s somewhat pejorative: While large (often 5,000 to 10,000 square feet) and luxurious, these often share few other qualities with true mansions, their critics say.

They tend not to be customized, stick-built homes; rather they were often constructed en masse by developers on undersized lots in suburban neighborhoods. Out of proportion to their grounds, their opulent, oversized features — the grandiose entryways and multi-car garages — often look risible rather than elegant.

And it’s often an outdated sort of opulence, too. “The term ‘McMansion’ is often viewed as negative because it implies that the home’s construction and/or architecture is unoriginal and basic,” licensed agent Steve Gottlieb of Coldwell Banker Warburg in New York City says. “It’s as if the home was constructed via the equivalent of a factory assembly line, without anything that makes it original or interesting.” (The “McMansion” moniker is a twist on the name of the McDonald’s hamburger chain, serving billions of identical hamburgers daily.)

The way these homes are built not only lacks customization but may also skimp on quality when compared to other luxury homes, says Josh Steppling, a broker associate at Treasure Coast MLS Search in South Florida. “Some buyers fear that in more frenzied construction eras (i.e., pre-2008), quality of construction fell. Materials used may not be the ideal option, and finishes might not be as detailed. In 2001, home contractors started to import drywall to satisfy massive demand and production, with many knowing it was an inferior product. That caused major problems for hundreds of thousands of homeowners.”

Jon Sanborn of Brotherly Love Real Estate in Philadelphia says that in places like Texas and Atlanta, politicians and zoning boards are trying to limit the number of McMansion-style homes because neighbors don’t like them — and many owners don’t even intend to live there full time.

Still, McMansions do have their fans, especially if there’s a shortage of large, multi-bedroom properties or available land in a particular market.

Not surprisingly, due to their size, acreage and amenities, mansions are more expensive than other properties. Maligned though the McMansion may be, Sanborn puts its value “around  $600,000 or more,” which is significantly higher than the current national median sale price of $416,000 for existing homes (as estimated by the National Association of Realtors).

True mansion properties will start at well over $1 million — you probably won’t see anything offered on MansionGlobal for less — and ascend rapidly, especially If you’re living in an area where the average home price is already well over the national average. For instance, in Los Angeles, the median cost of a luxury home was $12.1 million at the end of 2021, a Douglas Elliman report on the city noted. In Boca Raton, the average cost of a luxury property is $670 per square foot, or over $5 million for an 8,000-square-foot home, according to an Elliman’s Boca Raton Q1 2022 report.

Suffice to say, whatever your taste in mansions, expect to apply for a jumbo loan for one. Unless, of course, you prefer to pay in cash.

Read more From Lara
Lara Vukelich is a freelance writer who has written for Bankrate, Huffington Post and Quiet Revolution to Expedia, Travelocity, and MyMove. She is based in San Diego, California.
Edited by
Troy Segal
Senior homeownership editor