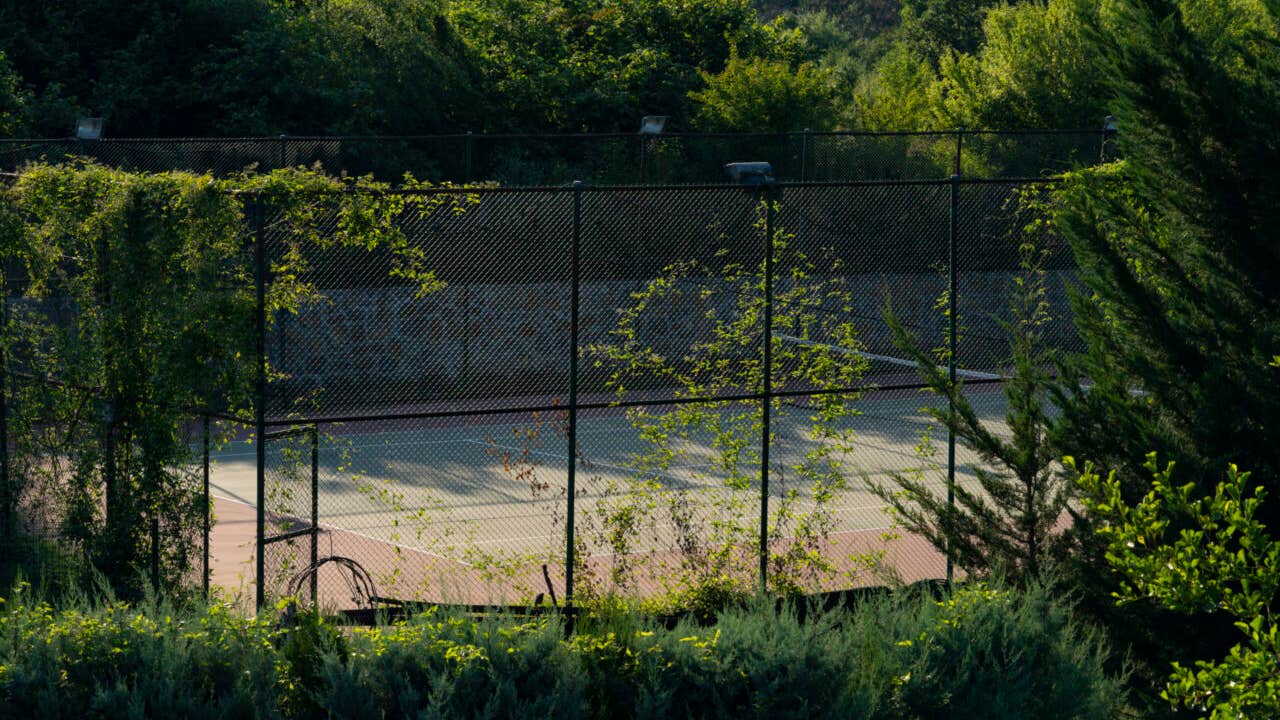 If you play the time-honored game of tennis, you might want to invest in a court of your own. The advantages are many: no need to reserve ahead of time, no club fees to pay, and no tedious travel to and fro. All you need to build a tennis court is a lot of space and a lot of money.

According to HomeAdvisor, the cost to build a tennis court (regulation doubles size) averages about $60,000; some can be as low as $30,000, and others approach $100,000. The price depends on where you live (as with most construction jobs), the type of surface, the labor required and the sort of extras you want.

Ready to play ball? Read on.

What are the types of tennis courts?

A traditional regulation-size tennis court that’s equipped for doubles play measures 78 feet long by 36 feet wide Most courts also include space behind the baseline — the runback — and at the sides. Overall, you’d usually need 130 feet by 70 feet for the full court. Smaller options include half-courts (good for practice) and singles courts (which lack the doubles alley and are only 27 feet wide), but these aren’t really practical for most home courts.

Unlike golf courses, tennis courts don’t vary in design. But they do vary in surface. “Tennis courts can be made from a variety of materials, including concrete or asphalt, clay, or grass,” says Mario Musa Mario, a professional tennis player in New York and founder of advice site TennisRacketBall.com. “Clay courts are the easiest outdoor courts to build, but if you live in a rainy location, that would be a problem, and you must go for asphalt or concrete courts, which are the most expensive.”

Within the three basic categories of grass, clay and hard courts, these are some of the popular materials available for your tennis court.

What influences the costs of tennis courts?

The type of surface is the biggest factor impacting your tennis court’s costs (see table). “Hard court surfaces tend to cost less than soft courts,” says Ally Mashaura, editor-in-chief at Adventure Pursuit. But there are other costs to consider beyond just the choice of material.

The cost of building a tennis court takes into account the entire installation process, including preparing the ground and adding a base before laying down the actual surface, whether it is clay, grass, or concrete. So “the natural state of the terrain where the court is being constructed will influence costs, as steeper grounds will require cutting and filling for easier maintenance,” Mashaura says. Tree stumps or rocks can make it difficult to dig and shape your site as well.

Plus, there are all of the accessories to think about. Most court installers recommend including a high-quality fence around the court, unless you like chasing after and looking for lost balls. Fences can run an additional $5,000 to $15,000.

If you don’t live in a warm climate, a tennis bubble can be a convenient addition: Not only does it provide invaluable protection for your court, but it also allows year-round play. Tennis bubbles aren’t cheap, however, costing anywhere from $6,000 to $150,000.

What does it cost to maintain a tennis court?

Maintenance is critical for any tennis court, but exactly how and when depends on the type of court you decide to install.

For instance, a grass court will need to be mowed, trimmed, and watered — often several times a week.

Though a clay court can handle the dry air and humidity of America’s more arid regions, it has to be swept regularly — ideally, after each time you play — and the sand annually refreshed. Some aficionados install a sprinkler system to shower it daily or weekly. Treated properly, these types of courts can last indefinitely.

Hard courts don’t require daily maintenance — one of the reasons for their popularity. However, they can be prone to cracking (particularly asphalt), gouges and sinking. Holes and cracks should be repaired pronto. Count on resurfacing and repainting them entirely every five to 10 years, depending on climate and weather conditions, which can cost about $4,000 to $10,000, according to HomeAdvisor.

“Many of these tasks require professional services or equipment,” Mashaura says.

Fixr, a home-improvement cost guide, places the average cost of tennis court maintenance at $1,800 a year.

Next steps on building a tennis court

A tennis court can add anywhere from $20,000 to $150,000 to your home’s value. Of course, it’s a special-interest feature that won’t appeal to all. But they often can a selling point, and if personal courts are standard in your community, not having one could be a detractor.

When you are ready to move forward, talk to a tennis court contractor: This is one project that is universally recommended for professionals, not DIY-ers. Discuss the different types of surfaces, and be honest about how much upkeep you want to do. When interviewing potential contractors, be sure to ask about the costs for maintaining your tennis court, as well as the time needed to complete the project and what warranties are included.

Read more From Lena
Lena Muhtadi Borrelli has several years of experience in writing for insurance domains such as allconnect, Healthline and Reviews.com. She previously worked for Morgan Stanley.
Edited by
Troy Segal
Senior homeownership editor