5 min read Published December 19, 2022
How is this page expert verified?

About our Review Board
Written by
Bankrate
Written by Bankrate
This article was generated using automation technology and thoroughly edited and fact-checked by an editor on our editorial staff.
Bankrate
Edited by
Troy Segal
Edited by Troy Segal Senior homeownership editor
Troy Segal is Bankrate's Senior Homeownership Editor, focusing on everything from upkeep and maintenance to building equity and enhancing value.
Troy Segal
Reviewed by
Jeffrey Beal
Reviewed by Jeffrey Beal President, Real Estate Solutions
Jeffrey L. Beal, president of Real Estate Solutions, has 40 years' experience in multiple phases of the real estate industry.
About our review board
Jeffrey Beal

Say you’re a homeowner and you grant an outside party the right to use or access your property (or a part of it), for a specific purpose and/or period. That’s called an easement in real estate lingo. However, sometimes outside parties get the right to your property without your ever allowing them to do so — via a prescriptive easement.

It’s a bit like a common-law marriage: something that exists for so long it effectively becomes legal. Here’s the lowdown on how prescriptive easement works, and whether it’s a deal-breaker for a prospective homebuyer.

What is prescriptive easement?

Also called an “easement by prescription,” a prescriptive easement is a property right acquired through long-term use of someone else’s property.  It happens when an outside party accesses the property, without formal authorization, for so long and so often that they actually gain the permanent, legal right to do so. This is in contrast to encroachment, which is an illegal action.

Bankrate Insight
A prescriptive easement can be acquired by right as well, when the easement is necessary for the productive use of  an adjacent property  — like being able to access an otherwise landlocked lot. This is also known as an easement by necessity.

The usage must be regular, apparent and open (or “notorious” as the lawyers say), in opposition to the owner’s rights (or “hostile” in legalese). It also has to be done continuously for a certain period of time specified by the state.  That time period can vary greatly, depending on the jurisdiction.

For example, in California, a prescriptive easement can be acquired after five years of “open and notorious; continuous and uninterrupted; and hostile to the true owner.”  In contrast, the continuous period has to be for at least 10 years in New York, according to the New York City Bar Association.

How does prescriptive easement happen?

The behavior behind prescriptive easements often evolves in innocent ways — the driveway accidentally built over a neighbor’s property line years ago,  the shortcut to the beach that generations of school kids have used. The point is, if the owner of the property (or a new owner) suddenly tries to stop the usage, the outside parties could assert a claim that they had a prescriptive easement on the property, and if they prevailed, the easement would be recorded on the property deed — making their use official.

The Beebe v. DeMarco case offers an oft-cited example of how a prescriptive easement can be obtained. In this case, the plaintiff had been using an alley to access the rear of their property consistently, openly and without the authorization of the defendant (on whose land the alley ran), consistently for decades, from the late 1950s to the mid-1990s. As a result, when the defendant erected a fence to block access in 1994, the plaintiff sued on the grounds of easement by prescription. The court ruled that the plaintiff had indeed established a right to the land, ordered the fence to be demolished and enjoined the defendant from forbidding access to the land, ruling they had no grounds to disprove the presumptive easement.

How to prevent prescriptive easement

If a neighbor or other party has openly used your land without your consent but also without your protest for a prolonged period of time (usually between five years and 10 years), they can legally claim a prescriptive easement on your land.  Using your property in a non-confrontational manner can help avoid the gaining of prescriptive rights over it. To avoid the formation of prescriptive easements, property owners should precisely know their property boundaries, actively use the property and be aware of how it is being used.  This is why having a survey with clearly marked property lines is so important.

Here are some other tactics to prevent your neighbor or other parties from getting a prescriptive easement on your land:

It’s important to handle these types of situations in a non-confrontational manner. It’s also a good idea to consult a real estate lawyer before you try any of these techniques.

Adverse possession, on the other hand, grants full ownership of the property, including the right to build. Adverse possession requires a quitclaim deed  and fee simple title, whereas a prescriptive easement does not.

Also, a prescriptive easement does not need to be held exclusively and can be shared among multiple users.

Pros and cons of prescriptive easement

The assessment of prescriptive easements as good or bad is a subjective one. Some people think they’re good because they tend to reduce disagreements between neighbors. Others think they’re bad because they can reduce the value of the home. Some states allow homeowners to receive compensation for the use of their property, but the amount is usually nominal.

If you’re the homeowner, it’s important to remember that you can be held responsible for any accidents, injuries or property damage that occur on your land, despite the presence of a prescriptive easement.  If you are granting a license to prevent a prescriptive easement, part of the agreement should be that they name you as an additional insured.

Is prescriptive easement a deal-breaker for a homebuyer?

A prescriptive easement usually turns up in a title search (assuming it’s been recorded) or the more comprehensive abstract of title. It’s attached to the property (or “runs with the land”), regardless of who owns it. Like most easements, it comes with the territory, so to speak. You aren’t required to remove the existing easement when you buy a property and in fact, it may be quite difficult to do so.

The downside of a prescriptive easement is that you may be held responsible for any accidents or injuries that occur on the property, despite the easement’s presence — plus, you bear the burden of any damage the users cause. And of course, their use of the property could annoy or hinder you in some way, or bother a future buyer.  You may also be held liable if you fail to respect the easement.  For all these reasons, prescriptive easements can reduce the value of a property.

It’s important to have a thorough conversation with a real estate attorney to understand the implications of the prescriptive easement on the property and any plans you have for it. It’s also a good idea to look into extra home insurance liability coverage, in case one of the users gets hurt when on your land. 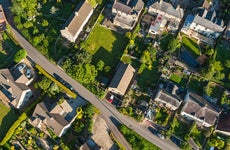 What is a boundary? Property boundaries in real estate 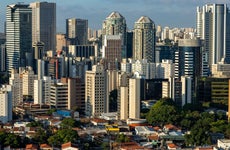 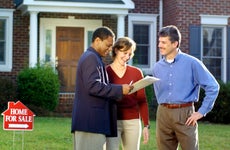 What is an encumbrance? 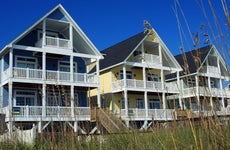 What is an easement in real estate?