They originated long ago, in the lands ringing the Mediterranean Sea: Spain, Italy, Greece; a soupçon of southern France here, a nod to Northern Africa there. With their thick cream-colored stucco walls, red- or brown-tiled roofs, covered patios and a layout designed to welcome cross breezes, Mediterranean-style homes are fashionable fortresses against the sun.

And not just the European sun. Since the 1920s, variations on the Mediterranean theme have dominated the American architectural scene wherever warm weather and sparkling seas predominate. Let’s bathe in the history, characteristics and costs of Mediterranean-style homes.

In architectural circles, “Mediterranean-style” usually refers specifically to designs that originated in the U.S. in the 1920s — paralleling the rapid expansion of coastal communities in Florida, California and other warm-weather states.

The style first came into vogue in Florida, where such architects and interior designers as Addison Mizner and Marion Sims Wyeth (who designed Mar-a-Lago) were developing Palm Beach and other tony resort towns. Simultaneously, on the opposite coast, “early developers like Hobart Johnstone Whitley fancied the homes of Italy and built large Mediterranean and Spanish Colonial homes for the burgeoning Hollywood upper class of well-heeled actors, directors, and financiers,” says Tony Mariotti, CEO, and founder of RubyHome, a luxury real estate brokerage in Los Angeles. “Spanish Colonial, Italianate, and Mediterranean homes began to dominate California’s architectural scene.”

It’s not surprising that architects, designers and developers were inspired by the architectural styles common to countries ringing the Mediterranean Sea. The climate and terrain were similar, the livin’ was equally easy and luxurious, and the ancient pedigree of the Old World region lent class and culture to the nouveau-riche developments in the New.

What makes a Mediterranean-style house?

Like discriminating magpies, the originators of Mediterranean style mixed and matched elements from a variety of nations. The clay-tiled roofs are borrowed from homes along the north shore of the Mediterranean, where use of terracotta was common in Spain, France, Italy and Croatia.  The enclosed courtyards, outdoor dining areas, and covered patios were common in the Middle East. The white or cream-colored stucco facades and decorative features, particularly the rounded arches over entrances and windows, have their roots in ancient Greek and Roman stuccowork, which used lightweight, malleable white lime plaster.

They left room for plenty of variety, but there are some common themes. Mediterranean-style homes are almost always white or cream-colored stucco with a red or brown tile roof. Recessed windows and doors with abundant outdoor spaces protected from the sun are typical. Multiple levels are common but are usually limited to a portion of the house rather than the whole footprint. Wrought iron gates, lighting and door hinges are typical, with similar fixtures on the interior.

An airy, open feeling abounds throughout a well-designed Mediterranean-style house. As befits properties built for moderate climes and coastal views, these homes encourage al fresco living and ample appreciation of the outdoors.

“Mediterranean interiors range widely, but the classic look includes more interior/exterior integration than in most home styles. Tile floors are common, and the finest examples include travertine finishes. Clay tiles and ornamental tiles are often used throughout interiors. The color scheme is white/light throughout,” notes architect Michael Bergin, VP of Platform and Co-Founder of Higharc, a home automation building platform.

“Typical exterior elements for the Mediterranean style include a stucco-finished exterior and a low-pitched gable, clay terracotta-clad roof. Arched openings are often employed sometimes with ironwork railings or plantings in temperate climates. The massing for this style is often punctuated by a ‘tower’ feature that is 1.5 or two stories high,” says Bergin.

As with any architectural style, Mediterranean style has a variety of sub-categories. Here are some of the most common.

Some of these homes also sport Middle Eastern influences in their columns or pillars, arched or crescent-shaped doors and entrance, and colorful tilework, reflecting the centuries-long Moorish presence in Spain. Mar-a-Lago, for example, styles itself as “Hispano-Moresque” (Spanish-Moorish).

Italian Renaissance style homes have the greatest variation in colors and materials, and will typically include a lot of stonework, arches, columns and wrought iron ornamentation. While white stucco finishes are common, bright hues like those found on the Amalfi coast in Italy aren’t unheard of. Roofs are usually still tile but may be darker shades.

Mediterranean Revival homes were inspired by Italian Renaissance palaces and are typically large, rectangular buildings with a stucco exterior, flat roof and a decorative horizontal frieze. More symmetrical than other Mediterraneans, this style was typically used for public or institutional buildings like schools, post offices and army barracks as well as mansions.

Modern versions of Mediterranean homes typically fuse traditional Mediterranean and Southwestern Adobe architectural styles. Adobe homes have similar stucco finishes but typically have flat roofs and are rarely two stories. “This reflects the desert climate and minimal snow loads,” says Bergin. When these styles are combined for a more modern variation, you may see “a mismatch when the roof doesn’t match the architectural style,” says Mariotti. Modern Mediterranean homes will typically have a white finish made to look like stucco and red-tiled roofs with a large section of flat roofing, depending on the region.

Mediterranean style homes are popular for any warm region of the country where shade and breezes are welcome. Variations in the style that include large outdoor living spaces are particularly suited to dry parts of the country where regular outdoor gatherings are unlikely to be interrupted by rain.

What do Mediterranean-style houses cost?

Mediterranean homes can be found in expensive beachfront resorts, hillside communities, and rural communities throughout the desert Southwest. Where you choose to buy one has a huge influence on its cost.

In the San Francisco Bay area, Bergin estimates that a 3,000 square foot Mediterranean home would cost more than $3 million to build. Throughout the rest of the country, cost varies from $750,000 to $2 million and up.

Mediterranean homes provide a stylish way to enjoy a temperate climate while avoiding the sun. With climate change making large swaths of the country hotter and drier, variations of Mediterranean homes are likely to gain popularity in more new areas over the coming decades for those who can afford to build them. 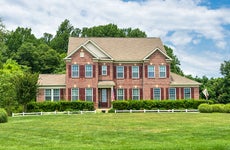 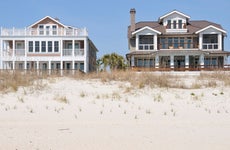 What are the most expensive home styles? 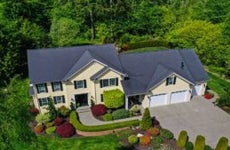 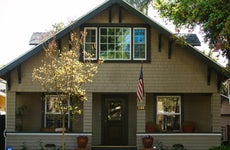