Texas, the country’s second-most populous state, is a top relocation destination for people seeking an affordable cost of living and below-average housing prices. In fact, Texas had the largest population growth of any U.S. state in 2021, according to Census data.

Living in the Lone Star State certainly has its perks. Not only are the winters milder than in much of the country, but life’s everyday expenses are cheaper as well. Plus, the state doesn’t charge its residents any income tax. Even better? Two Texas cities, Austin and San Antonio, made Bankrate’s most recent list of best places to live in the U.S.

However, rising mortgage rates and slowing home sales are affecting home sellers and buyers all across the country, including Texas. Let’s dive into the Lone Star State’s housing market for 2023.

Because Texas is such a big state, housing trends and prices vary quite a bit depending on the city and region. For example, according to Redfin data, the median home price in Austin — where the tech industry has been expanding rapidly — is $540,000. That’s more than double the median price in a less buzzy town like Amarillo, where the median is just $207,500. Use Bankrate’s new-house calculator to see how much house you can afford.

Should you buy or sell in the Texas housing market?

Whether you’re thinking about buying or selling a home in Texas, it’s important to understand the current housing market and how it might affect you.

For years, housing availability in the Lone Star State has been decreasing while prices increased, which was great news for sellers. Supply hit a shocking low in February 2022, when there was only a one-month supply of unsold existing homes, according to the Texas Real Estate Research Center. A balanced market requires about six months’ worth of inventory. The supply had increased to 2.9 months as of November 2022, and the market has started to become a bit more buyer-friendly. But as mortgage rates spiked during the second half of the year, many buyers held off on purchasing a home.

If you’re a home seller in Texas, several facets of the market are on your side. The state is still in seller’s market territory: Demand remains high, and prices are still up year-over-year, despite the decline in the last several months. However, since interest rates are still high, many buyers won’t be able to spend as much on a house — be aware of how much your home is worth, and be mindful when choosing a listing price.

For hopeful Texas homebuyers, there’s both good and bad news. Unfortunately, although prices are down from their mid-year peak, they’re still up from this time last year. And with today’s steep mortgage rates, you might not be able to borrow as much money as you would have a year ago. On the positive side, though, you’ll face less competition if you decide to purchase a home now, as many buyers have decided to hold off. Just make sure you have a good grasp on your finances, and get preapproved for a mortgage before you start your house hunt. Preapproval helps you understand how much you can afford, so you don’t stretch yourself too thin.

With stubbornly high mortgage rates and an uncertain economic outlook, it’s easy to understand why some people are worried. Will there be a housing crash? Fortunately, experts don’t think so.

National real estate market predictions for early 2023 foresee a slowdown, but not a crash. And local Texas experts agree. For example, the Denton Record-Chronicle reports that the Dallas–Fort Worth area is in a “housing downturn,” but things are nowhere near as bad as they were back in 2008.

Working with an experienced local real estate agent is one of the best ways to get insight into the Texas housing market. Agents know their market inside-out and can guide you through the buying or selling process, help you avoid common mistakes and streamline the time-consuming logistics of a home sale or purchase.

Before hiring a real estate professional, make sure to inquire about their experience, working style, past client successes and anything else that’s important to you. Treat it like a job interview — and don’t be afraid to ask questions. 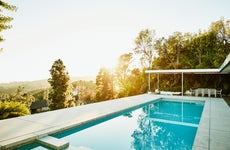 California housing market: Everything you need to know 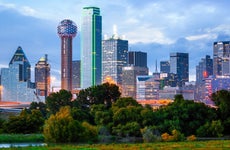 Buying a house in Dallas: A how-to 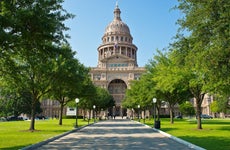 Buying a home in Texas: A how-to