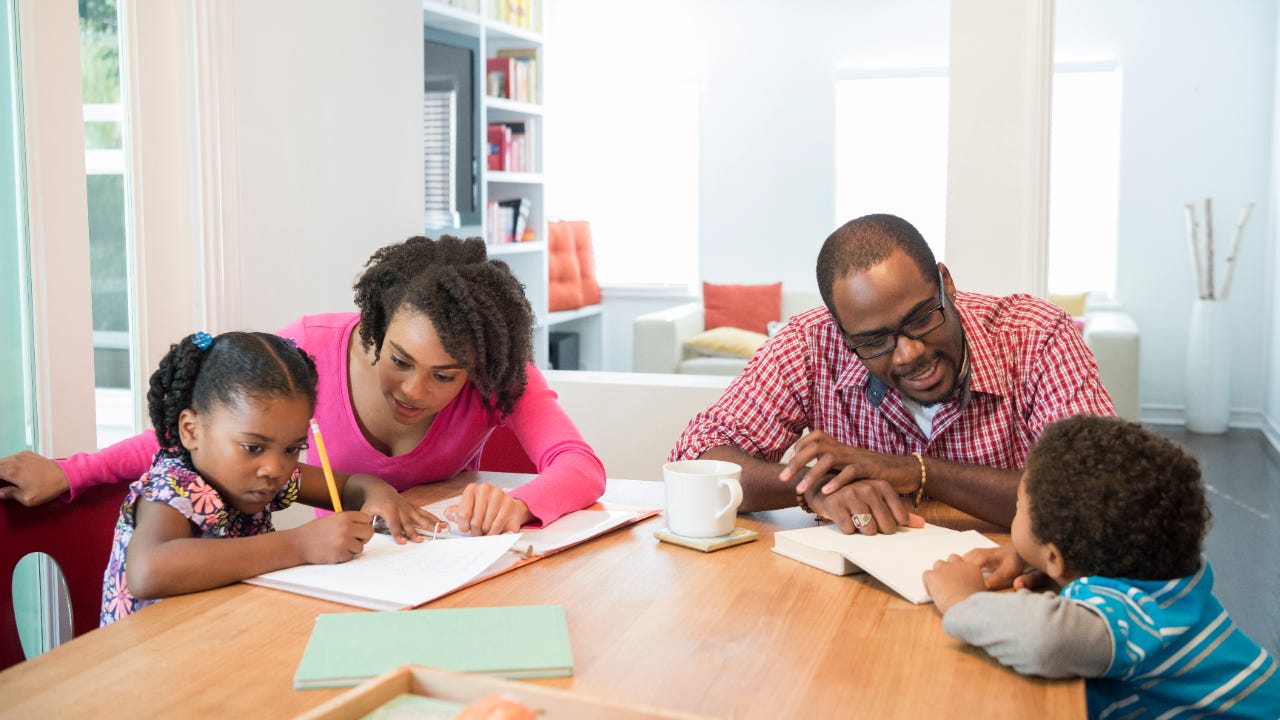 Owning a home is a key component of long-term financial stability in America. Although many first-time homebuyers find themselves feeling some degree of regret about their purchase after they move in, by and large, owning real estate is something the vast majority of us desire.

Financial woes are the most crucial issues for new homeowners, especially millennials who are most likely to be first-time buyers. More than 20 percent of millennial homeowners in a Bankrate survey said they were unprepared for maintenance or other hidden costs associated with owning a home. But that survey found that when asked which achievements or events they consider part of the American dream, homeownership is still at the top of the list at 74 percent overall.

Unfortunately, the American Dream, even with its complications, is not so easy to unlock for everyone.

Black people in particular struggle to access the housing market in the U.S., which results in Black families having less wealth to pass between generations. With home prices surging more than 11 percent percent in the last year alone, according to CoreLogic, and mortgage rates enticingly low, real estate is making up an increasing share of Americans’ wealth. Being left out of homeownership can make a huge difference in wealth accumulation over a lifetime.

Why is owning a home so important?

For most homeowners, the property is their largest and most valuable asset. It serves as a repository for their wealth, and helps keep that wealth stable and accessible over many years. And, as the value of a property increases, so does the homeowner’s financial standing.

“The pandemic has underscored for many Americans why home ownership still has a high degree of allure. Considering the alternatives, whether living in an apartment or a multigenerational household, privacy can be hard to attain,” said Mark Hamrick, Bankrate’s senior economic analyst. “The recent surge in home price appreciation has added a bit of a frenzy to the perception of the value of owning a home. Whether that trend will continue or can be sustained remains to be seen.”

For economically disadvantaged communities, the surging real estate market has double downsides. Rising home prices make it harder for renters to become buyers, and those who don’t already own homes earn no benefit from expanding equity.

“You’ve designed a system, whether it was intended to be or not, that is racially disparate,” said Mark Alston, chairman of the public affairs committee for the National Association of Real Estate Brokers (NAREB). Too often Black people, he added, “have tenancy passed down generationally in public housing as opposed to homeownership, which is a key to intergenerational wealth.”

Why are Black people the least likely demographic to own homes?

Bankrate’s survey revealed that 43 percent of Black would-be homebuyers said they don’t make enough money to own a home, and 29 percent said they couldn’t afford the down payment and closing costs. White would-be homebuyers, by comparison, responded with 41 percent not earning enough income, and 38 percent unable to afford the upfront costs. Hispanics responded at 44 and 27 percent, respectively.

In addition, a variety of historical factors keep Black folks disadvantaged in the real estate market. Black homeownership rates are currently at their lowest point since the 1960s.

Redlining and restrictive covenants kept many neighborhoods segregated well into the 20th century, and the Federal Housing Administration’s policies ensured that property values in majority-Black neighborhoods did not rise as quickly as those in majority-white areas.

That pricing disparity means that Black homeowners remain behind the market, even in boom times like the one we’re in now.

“We have appraisal processes that undervalue houses in Black neighborhoods,” Alston said. “Low appraisals have a great impact on both the purchase market and the refi market.”

On the purchase side, he explained, low appraisals mean Black sellers stand to net less in real estate transactions. In the refinance realm, lower appraised values can make the loans more expensive, because lenders often see lower value mortgages as more risky, and they offset that with higher interest rates.

How can this disparity be addressed?

There’s no quick-fix to centuries of racial inequality, but advocates say a few targeted policy changes could be a step in the direction of a more level playing field.

NAREB advocates for updates to the mortgage underwriting process and new programs to target down payment assistance to disadvantaged buyers.

“Millions of mortgage-ready Black Americans and others that suffer from high rent, if they could get the down payment for a house that would turn them into a home buyer,” Alston said. “Based on the targeted opposition to homeownership, we’d love to see a restorative justice down payment fund targeted at those who were affected by the racist policies of our past.”

Similarly, making the mortgage underwriting and home appraisal processes more equitable could make it easier for Black folks to access the housing market.

“It’s long past time to get rid of loan-level price adjustments,” Alston said. That’s one of the major things that destroys affordability in this process.”

“Now it’s different across all levels,” Alston said. A better system in his view would be one that relies more heavily on objective criteria, which can help eliminate bias from both in-person and automatic underwriters.

Although many new homeowners feel some frustration once they’re settled in, owning a home is an important avenue for building wealth and a secure financial future. But it’s only part of an overall personal fiscal strategy.

“Unless someone is a seasoned real estate veteran, I would dissuade people from entering into a home purchase thinking of it as a key, or win-big, investment,” Hamrick said. “With a bit of good fortune coinciding with the passage of some time, there may well be some home price appreciation providing substantial equity. But the housing market is cyclical and tends to favor certain markets and neighborhoods. It is not always the case that the timing of both a home purchase and sale, dictated to some degree by other events, aligns perfectly with peaks and valleys in prices.”

For demographics that historically own homes at relatively low rates, getting on the real estate ladder remains a worthwhile goal.

Alston said making it easier for disadvantaged people to rent is not an equitable solution, because renters can’t grow their wealth through rising home equity.

“We’ve seen a focus on providing shelter as opposed to ownership,” he said. “I’m always cautious when those who would be our friends see tenancy as a destination, as opposed to a stopping point on the way to homeownership.”