When you’re tackling a major construction project in your home — either as part of a new build or improvements on a newly purchased property — you want to be able to see your contractor as your partner in the undertaking. If that contractor isn’t living up to your expectations, it can be tempting to want to ax them.

Don’t rush into action, though. You have to consider any fallout first, especially if you don’t have a termination clause in your contract or by some chance didn’t even enter into a contract.

There are three things you should know about sacking your contractor— and they might temper your enthusiasm:

“Terminating a contractor if you don’t have a good cause can be risky if you are going to have liability for [their] lost profits,” warns George Wolff, principal attorney at Wolff Law Office in San Francisco. In other words, you could be liable for the cost of any services and materials that the contractor provided on the undisputed portion of the project. And if they sue, you could be responsible for legal costs you incur.

When can and can’t you fire a contractor?

First and foremost: Make sure you have an adequate basis for firing the contractor before you take action. For instance, you can’t fire a contractor just because you don’t get along, or because they did something a little differently than you expected.

You need actual, solid justification that the contractor did something wrong, or swerved in a major way from the outlined work — what’s technically called a material breach of contract. Mark Hinkston, partner with the law firm of Knuteson, Hinkston & Rosenberg in Racine, Wisconsin, says, “There is no magic formula for material breach. It’s basically if the essential elements of the contract have not been complied with.”

A material breach of contract is anything that falls under a failure to perform the terms of an agreement to such a significant extent that the agreement is broken. It gives the aggrieved party the right of dismal and even the right to sue to collect damages.

Even in a situation where you feel confident that there is a material breach of contract, you might find that the law thinks otherwise. For instance, consider a project in which you are adding a bedroom to your house. If, after most of the work is done, the contractor does not handle to your satisfaction the task of adding the molding around the edges of the walls, this is not a situation that would constitute a material breach of contract, according to Hinkston.

On the other hand, if the contractor did everything else perfectly but the floors are uneven, that is a more serious issue that would destroy the essential purpose of the agreement and constitute a material breach of contract.

Other situations that could constitute a material breach include the contractor violating building codes or significantly delaying the project.

Can I fire a contractor for delays?

However, a lot hinges on the language in the contract with your contractor (assuming you have one). If your contract includes a clause like “time is of the essence” and clearly lays out the anticipated timeline but the contractor is still months behind schedule, you probably have a leg to stand on here.

From there, successfully terminating your contractor without liability on your side generally requires that you have proof of two things:

Unfortunately, delays are a fairly routine part of the construction process. You should only pursue terminating a contractor for delays if you’re confident that they caused the issue, not something beyond their control like inclement weather or material shortages. Supply chain issues for materials you need generally won’t qualify as a material breach of contract.

Giving a contractor a second chance

Many states — including California, Texas and Wisconsin — have right-to-cure laws that require you to give the contractor an opportunity to fix any defect before you can take any action against them. This might also be called a right-to-repair law, notice of default or something similar.

Essentially, these state laws dictate that you issue the contractor a “notice to perform,” which spells out what you expect them to do to stay in compliance with your contract. You then need to provide them with a reasonable amount of time to correct those breaches before you start the termination process.

Patience is of the essence here. “If an owner fails to afford the opportunity to cure to the contractor, and has another contractor repair or finish, an owner may be deemed to have waived any defects claim they may have against the contractor,” Hinkston cautions.

How to fire a contractor

Always terminate the contractor in writing, rather than orally. Even if the contractor doesn’t show up for work, you have to document the termination by sending a written notice specifying the reason for the dismissal.

Your termination letter should include:

Your termination letter shouldn’t include anything that could defame the contractor, or you could have a whole other lawsuit on your hands.

Also, in cases where a bank or escrow company is involved in the project, make sure to inform it of the termination.

What to consider before you fire your contractor

Before you fire your contractor, consider that the act could backfire on you. “Oftentimes, the owners don’t realize that when they fire a contractor there could be ramifications such as the contractor beating them to the punch and filing suit first,” Hinkston says. “Or they could put a lien on the property.”

While the viability of a contractor’s lien has to be decided in court, it could give the contractor leverage over you while the issue is being decided.

Hinkston also recommends reading through your contract before pursuing termination. “Contracts may include provisions requiring disputes to be resolved through mediation or arbitration, rather than via court action. Generally, such provisions are enforceable — and alternative dispute resolution modes can ultimately be speedier and more cost-effective than court litigation.”

Even if your contract doesn’t specify it, mediation by a third party, such as the Better Business Bureau or a state agency can be a good idea. Even broaching the subject gives the contractor an impetus to sort out the issue.

In almost all cases where a contractor is fired, they will argue that the termination isn’t justified. That means they can make the claim that you were the one who breached the contract in terminating them. To protect yourself here, keep clear documentation of material breaches and make sure you issue a notice to perform and give them the opportunity to rectify the breach first.

It’s also a good idea to document any construction project as it proceeds — by taking videos and keeping a daily or weekly record of completed work, for instance. Do it diplomatically so as to not offend the contractor. This way, if you ever find yourself in a situation in which you want to fire your contractor, you’ll have evidence as to why.

Dismissing a contractor isn’t something to do lightly. Make sure you understand the process and the ramifications before you decide. Otherwise, you could be left with a lot of mess, both physical and financial. 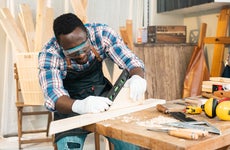 What contractors do you need to build a home? 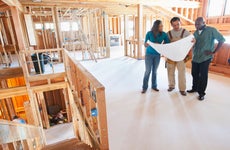 When does a new home need a general contractor? 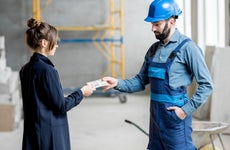 Should you tip your contractor? 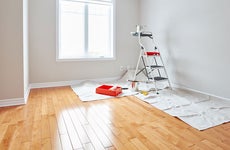