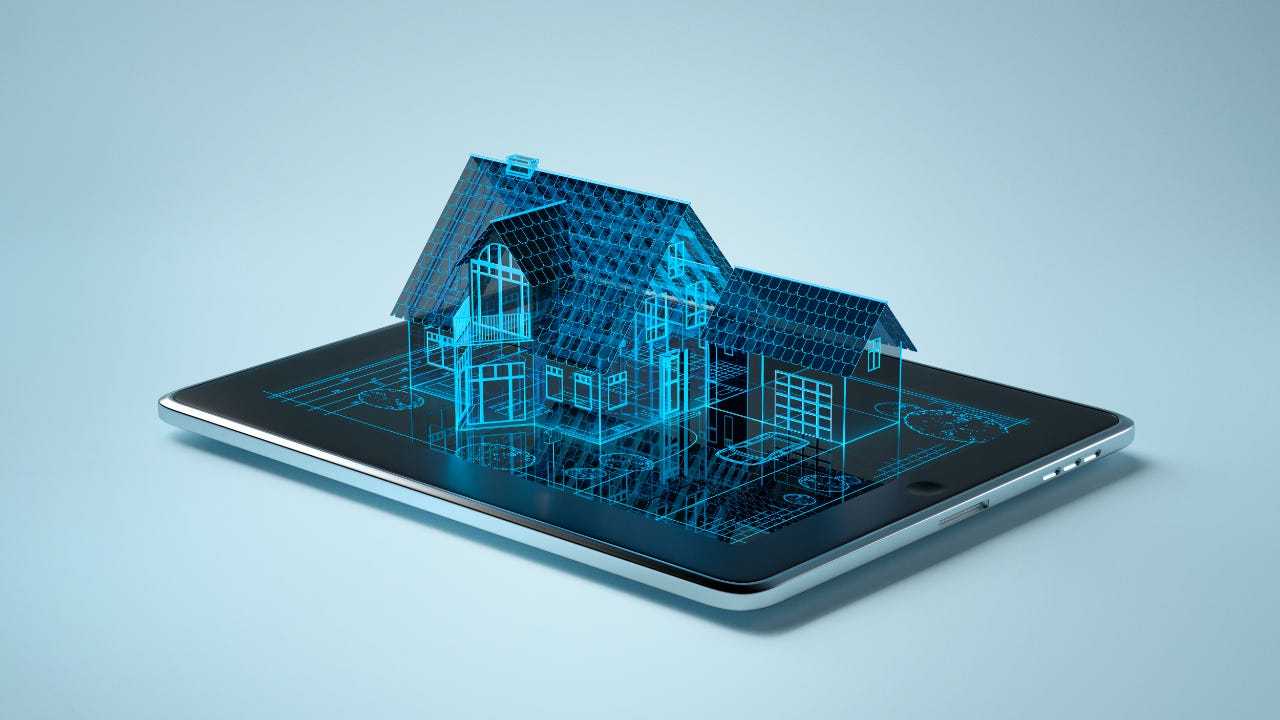 The crypto craze of 2021 yielded no shortage of breathless headlines about homes being bought and sold in Bitcoin and other cryptocurrencies. Bitcoin believers see cryptocurrency as the future of money. As for the present, though, the U.S. dollar’s dominant position in the real estate market is clear: Millions of U.S. homes will change hands this year, and nearly every transaction will be denominated in good old greenbacks.

But now that Bitcoin, Ethereum and other cryptocurrencies have elbowed their way into the public consciousness, momentum is swelling to make virtual money a legit means of exchange for homes. In one attention-grabbing 2020 deal, a Miami penthouse sold for $22.5 million, paid out in Bitcoin, making it the largest crypto real estate transaction in history. In another example, a luxury Manhattan apartment went on the market for $29 million, and the owners wanted only Bitcoin as payment. In 2022, a mansion in Austin, Texas, sold for $18.5 million in cryptocurrency. (The seller? Music executive Scooter Braun, famous for his business dealings with Taylor Swift, Justin Bieber and other pop superstars.)

Those transactions featured wealthy buyers and over-the-top properties. But what about middle-market sales of condos in Florida or tract homes in suburbia? A number of companies are vying to create a role for cryptocurrency and blockchain in real estate, but it’ll likely be years before mainstream buyers use cryptocurrency instead of dollars.

When property investor and real estate broker Gabrielle Channell saw a Tampa, Florida, condo hit the market in early 2022, she was immediately interested. Homes are in short supply everywhere, and Channell had been hoping to buy a unit in the development. But when she learned the condo was being auctioned as a non-fungible token, or NFT, and that the transaction would be denominated in the cryptocurrency USDC, a so-called stablecoin tied to the U.S. dollar, she was confused. “I said, ‘How the heck are we going to do that?’” Channell recalls.

After a crash course in cryptocurrencies, digital wallets and blockchain technology, Channell and her husband moved more than $200,000 from U.S. dollars into USDC. In March, they paid $215,000 for the unit. Propy, the blockchain company that arranged the transaction, calls it the first U.S. sale of a piece of physical real estate as an NFT.

Channell lauds the transparency of the NFT transaction. As a Florida-based Realtor, she is familiar with the secretive dance that accompanies traditional bidding wars. But keeping with the blockchain’s proof-of-work ethos, bidding and counter-bidding for the Tampa condo took place before her eyes. “You can see how much other people are bidding, and who’s bidding, so it’s much more transparent,” Channell says.

Consumers are not happy with the current process. It’s opaque, it requires many, many documents, it’s not secure and it’s very stressful for the consumer.

— Natalia KarayanevaFounder and CEO of Propy

The blockchain technology underlying cryptocurrency has the potential to revolutionize the home-buying process, says Natalia Karayaneva, founder and CEO of Propy.

“Consumers are not happy with the current process,” she says. “It’s opaque, it requires many, many documents, it’s not secure and it’s very stressful for the consumer.”

Propy is now marketing a few other properties for sale as NFTs as well.

In 2021, excitement about cryptocurrency reached a crescendo. Bitcoin briefly soared past $60,000. In response, crypto-savvy financiers began looking for ways to cater to mortgage borrowers with sizable stakes of virtual money.

An early offering came from Milo, a mortgage company that announced a new type of mortgage for true believers in Bitcoin: Homebuyers would no longer have to sell their Bitcoin to buy a home. Selling Bitcoin to buy property means incurring a tax bill on the capital gains and foregoing any future appreciation in Bitcoin.

Instead, Milo said, borrowers could keep their Bitcoin and pledge it as collateral for a mortgage. Milo requires borrowers to keep an amount equal to the mortgage balance in Bitcoin — so borrowing $1 million means pledging $1 million in Bitcoin. As of June 2022, Milo is advertising mortgage rates of 5.95 percent to 6.95 percent on its crypto mortgages, and it has expanded the list of acceptable collateral to include Ethereum.

Details vary from one lender to the next, but crypto mortgages can have high minimum balances and geographic restrictions. XBTO, for instance, said in the spring of 2022 that its Bitcoin-backed mortgages were available only in amounts of $1 million or more and only in Florida — although it’s working to expand its geographic availability to all 50 states.

This type of loan comes with an obvious downside, though: If the value of a borrower’s crypto holdings falls below the amount of the loan, the borrower has to come up with extra collateral.


Pros and cons of buying real estate with cryptocurrency

Before we consider pros and cons, we have to first acknowledge that crypto deals are done by almost no one in real estate right now. Few homebuyers own substantial sums of cryptocurrency, and most lenders, real estate firms and other industry players don’t accept it as payment. But for those situations where it is an option, here are a few things to weigh.

Because cryptocurrency is digital and relies on the blockchain, it could revolutionize the way real estate transactions are recorded. In theory at least, a crypto transaction should be able to replace the mountain of paperwork that most real estate closings typically involve.

Using the blockchain means it’s possible for properties themselves to be traded online in the same way cryptocurrency tokens are — and virtual property in the metaverse can be traded, too. All these practices are still in their infancy, though, and it’s unclear whether blockchain will catch on in this way.

If blockchain backers have their way, its application in real estate could eventually mean fewer middlemen in your transaction. If that ever becomes reality, you may pay less in fees and see a more efficient closing process. But that future remains a long way off, so don’t expect to avoid agents, lawyers and closing costs, even in a Bitcoin transaction, any time soon.

Because cryptocurrency is digital, it is susceptible to hacking. Hackers have been known to disrupt areas of blockchain, which could result in unsafe real estate transactions or even the loss of the currency itself.

Real estate transactions today take time and lots of paperwork, which is in large part to make them less susceptible to fraud. A more streamlined process might sound great for buyers and sellers, but if the deals close faster with fewer parties involved, it may be easier for something to go wrong.

As with most investments, the value of cryptocurrency is constantly changing and has been particularly volatile through its history. For example, Bitcoin values fell 25 percent over one weekend in December 2021. Through early June 2022, Bitcoin was down more than 50 percent from its 2021 highs. Similarly, properties traded through the blockchain may not have the same kind of protections that traditional real estate transactions do. Without a strong regulatory framework, these deals will remain risky.