Hoping for the gift of a new house this holiday season?

It might not be an unrealizable dream. While traditionally most home sales occur between April and July each year, things are different now, says Sheila Straub, a Realtor with Coldwell Banker in Columbus, Ohio: “Since the pandemic hit, it’s not a normal market.” Instead of heating up in the warmer months, real estate has been roaring in every season.

And, from a buyer’s viewpoint, prospects may actually get better as the weather gets cooler. According to ATTOM, an online property database, buyers who close in October receive better deals than they do during the busy spring buying season. The October 2021 analysis, based on the sales of 33 million single-family home and condo sales from 2013 through 2020, also noted that the lowest premiums above asking price occurred on days in early November, December and January, and in the last week in December. In other words, these were the best days to buy.

And in some states there were even big discounts below full market value in certain wintery months. For example, the ATTOM report showed that in Delaware, homes sold for an average of 7.9 percent less in February than they did in other months. In Tennessee, the average home sale price dipped 7 percent in January.

Along with lower price tags, there are other advantages to house-hunting during real estate’s traditional slow season — and of course, some caveats. Here’s what you need to know about buying a home in winter.

The advantages of buying a home in winter

Winter’s snow, cold and ice definitely adds to the complexity of the house-hunting experience. Nevertheless, “winter is a great time for a buyer to look,” Straub says. If a house is on the market in the off-season, it means sellers are more serious. “Sellers need to sell, meaning they have a general interest in making a move, and usually, buyers have a real motivation to buy.”

“When there are fewer choices in the housing market, a home has been for sale over 30 days and its price has been adjusted, you’ve got a motivated seller,” she says.

Emily Bear, a global real estate advisor with Mahler Sotheby’s International Realty in Milwaukee, agrees that winter can be a great time to look for a new house — even in “cold and brutal” climes like Wisconsin’s.

In fact, the often-unwelcoming weather can be a silver lining for would-be buyers: “There could be less competition and better deals to be had,” Bear notes. Because the majority of people “don’t fantasize walking through houses and fighting snow and ice, an interested buyer can hold more negotiating power.”

A good time to inspect

The colder months also afford an opportunity to see how weather-proof a home is — “to investigate houses under the harshest conditions,” as Bear puts it.

“Winter is a hard time to mask problems in a house,” agrees Straub, with “an opportunity you won’t get in other seasons” to check things out. Obviously, you’ll be able to experience first-hand how the furnace or fireplace functions.

Other potential home issues that are more difficult to diagnose in summer are more evident.

They include checking for:

Straub also suggests checking the basement following a heavy snow, ice or rain storm, to see if it remains dry or there’s evidence of mold, indicating that moisture is seeping into the walls, which create structural problems. Look carefully at the garage, too, especially if the driveway slopes towards the house. “You need proper drainage to the garage or you’ll get garage rot,” says Straub.

The drawbacks to buying a home in winter

While buying a home in the winter has its benefits, it also has some disadvantages.

First off: less inventory, especially for large, family-oriented homes. Figuring that many families won’t move in the middle of a school year, sellers often take their homes off the market in the cold months.

Also, while you’ll get good insight into some aspects of the home, you’ll get less into other elements. Among them, says Bear, is a swimming pool, along with other outdoor amenities and fixtures. “It’s also hard to see landscaping under the snow. You don’t have true visibility,” she says.

Mounds of snow, leaves or mud can obscure features of the exterior. What with the shorter days, there’s also literally less time to look.

Bear urges buyers to hire a reputable Realtor who “hopefully did their homework” on what the home looks like in other seasons. This can be especially important if you’re considering a summer vacation home. Bargains can be had if you buy in the off-season, but you’ll want a good sense of the home, its views and its environs in prime time.

Final word on buying a home in winter

Who is best-suited for buying a home in winter? Anyone, really. But it’s probably easiest for those who don’t have to worry about kids transferring schools or aren’t reluctant to traipse about in bad weather. And who have the patience to look longer for their dream house, as there probably will be fewer homes on the market to choose from.

If they persevere, though, they may well be rewarded with a better purchase price and a quicker closing. 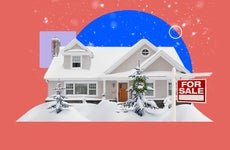 Selling your home during the winter holidays 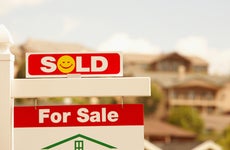 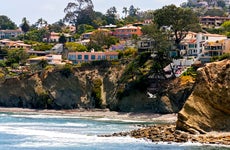 Selling a house in California 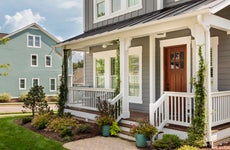 How to get an instant home offer