If you have your sights set on the Sunshine State, welcome to the club. Florida’s population has been booming: The state grew by more than 211,000 people in 2021, according to Census data. While Florida has always looked attractive for anyone ready to leave the working world — the state recently topped Bankrate’s list of the best places to retire — there are also plenty of reasons for younger residents to pack up and relocate here: warm temperatures, outdoor activities and no income tax, to name a few.

It’s a big state, covering more than 65,000 square miles, but our data points to the Gulf Coast for the easiest living. Our list of the best places to live in Florida in 2023 is topped by Sarasota and Fort Myers, two cities along the state’s western coastline south of Tampa. They’re not as high-profile as Miami, but they’re also much less expensive, with no shortage of culture and things to do and see.

Many communities in Florida recently felt the catastrophic impact of two hurricanes, Ian and Nicole, and storms are obviously an ongoing concern. But the state is resilient, its building codes are tough and you can bet that damaged areas will build back even better.

As you look at the map of Florida for a new place to call home, start your search with these five standout cities:

This Gulf Coast location trades the big-city traffic and noise of Tampa, one hour north, for a more laid-back lifestyle. While the beach is an obvious draw, the city boasts plenty of culture, too, including the International Ballet of Florida in nearby University Park and the annual Sarasota Film Festival. Circus fans will appreciate the Ringling Circus Museum — John and Charles, two of the Ringling brothers, were famous Sarasota residents, and many local features sport their name. And while this is a perfect pick for retirees, Sarasota also offers plenty of nightlife options for younger residents, too.

Why it stands out: You might have to pay a lot to buy a house here — Sarasota has the highest median home sale price on our list — but you won’t overpay to do much else. The city’s cost of living is relatively low, considering the kind of beauty you’ll wake up to each day of the year. Plus, the unemployment rate is the lowest of any city on our list, and the average salary is the highest — further proof that Sarasota is far more than a place to retire and play golf. Two nearby areas, North Port and Bradenton, also scored high marks on our overall list.

Fort Myers may have earned a reputation as a top spring break destination, but this city is ideal for year-round living as well. In fact, the city’s population has grown by 15 percent over the last five years. The Fort Myers cultural calendar is a standout, with regular events that include monthly art and music walks, ArtFest, an annual Celtic Festival and the Edison Festival of Light (the man himself had a winter estate here). There’s always a reason to get out and enjoy the city.

Why it stands out: Fort Myers offers a much lower median home price than Sarasota — close to $50,000 less — while maintaining well-being and cost of living scores that are almost the same. That equates to a comparable quality of life for less money. The nearby city of Cape Coral, just a bit further south along the Caloosahatchee River, also scored high marks on our overall list.

Next we leave the Gulf Coast for the Atlantic side of the state and Port St. Lucie, a wonderland of beaches and green space that is great for those looking for an active, outdoor lifestyle. In addition to more than 40 parks, the city boasts the beautiful Port St. Lucie Botanical Gardens, with 20-plus acres of gardens, wetlands and mangroves. Sports fans will love its PGA golf courses and New York Mets baseball facilities (this is the iconic team’s home for spring training). Its location about halfway between Miami and Orlando makes it convenient to some of the state’s more well-known attractions, too.

Why it stands out: Port St. Lucie offers Atlantic coast beauty for far less than the higher-priced Miami area further south. Plus its cost-of-living score is more than five points lower than both the number one and number two cities on our list, and its population is on the rise.

At the very top of the state, Jacksonville is the most populous city in Florida (yes, it is larger and more densely populated than Miami). And it has the big-city amenities to go along with it, with a skyscraper-filled downtown, an international airport and a large professional sports franchise in the NFL’s Jacksonville Jaguars. But it also boasts beaches, nature trails, museums, performing arts (including a symphony, an impressive annual jazz festival and the Florida Ballet) and the largest urban park system in the entire country.

Why it stands out: With its enviable combination of big-city energy and natural beauty, Jacksonville truly has something for everyone. And the cost of living and median home prices here are both lower than the national average — significantly lower in the case of home prices, as the national median sat at $379,100 as of October 2022, according to the National Association of Realtors.

Number five on our list of best places to live in Florida is not on either coast — in fact, it’s right in the middle of the peninsula and about an hour from the nearest beach. But what Kissimmee lacks in ocean views it makes up in proximity to something else Florida is famous for: The city is a mere 10 miles away from Walt Disney World. Its setting just south of Orlando puts it close to plenty of other amusement parks and attractions too, making Kissimmee a popular place for young families and vacationers alike.

Why it stands out: Kissimmee offers the highest diversity score on our list, and a more diverse community means you can befriend a network of neighbors from different backgrounds with different outlooks on life. And while its average salary is slightly lower than other cities on our list, its employment increase is also the highest, growing more than 8 percent year-over-year, which means the job outlook is good.

Choosing the best place to live is a very personal decision: It all depends on you and your individual circumstances. To help you decide, we’ve utilized data across five important categories to determine the Bankrate Best Places to Live lists: well-being, job markets, affordability, migration and diversity.

We sourced data from several trusted sources, including Sharecare, the U.S. Bureau of Labor Statistics, the Council for Community and Economic Research and the U.S. Census Bureau.

Below, find the formula that we utilized to calculate the weighted sum score for each city:

For more information about our data sources, what the individual data points mean, how they are weighted and more, visit the full Bankrate Best Places to Live Methodology. 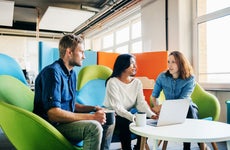 How to qualify for an unsecured business line of credit 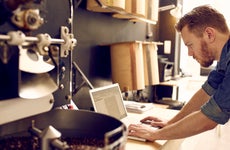 How to write off bad debt 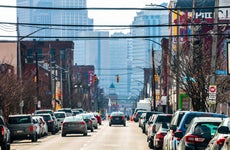 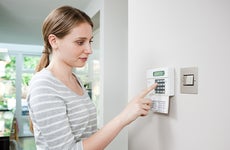 How to secure your home on a budget