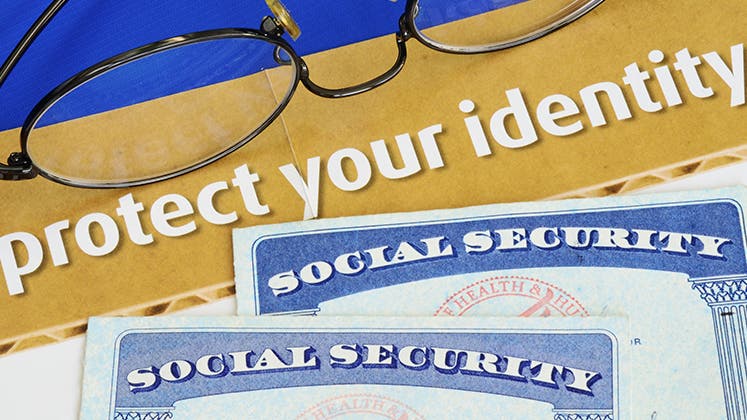 Identity theft isn’t just a problem for the living anymore. In the last few years, numerous news reports have highlighted a rather morbid tactic employed by some criminals who steal the identities of the recently deceased.

“The deceased are vulnerable to identity theft because the family is in mourning and they’re not paying attention to the deceased person’s finances or personal information,” says Sonya Smith-Valentine, a Largo, Md., lawyer who specializes in helping consumers recover from the effects of identity theft.

While identity theft is probably the last thing on your mind when a loved one dies, Smith-Valentine says there are a few simple things you can do to discourage identity thieves and to minimize the chances that a recently deceased relative will be victimized.

When a person dies, it can take one to six months for all three credit reporting agencies to be notified, says Robert Siciliano, an identity theft expert in Boston and consultant to Internet security firm McAfee Inc.

“When someone passes, a death certificate is issued via the state’s (office of) vital statistics, or (in some states) another state agency,” Siciliano says. “Once you have the death certificate, it’s advisable to contact the credit bureaus as soon as possible.”

But you shouldn’t just rely on the credit bureaus to get the word out.

“Send official copies of the death certificate — photo copies are not acceptable — to all entities where the decedent had a financial relationship,” says Jack Vonder Heide, president of Technology Briefing Centers, an Oak Brook, Ill., consultancy that works with banks on various identity theft issues. “Contact each creditor, each insurance company, each bank or credit union, brokerage house, the Social Security Administration and any pension issuer.”

According to Vonder Heide, it’s also a good idea to cancel the deceased’s driver’s license with the state’s Department of Motor Vehicles and notify the Direct Marketing Association to put the person’s name on the “deceased do not contact list.”

Go easy on the details

While it’s natural to want to share information about loved one in an obituary, family members should be aware that some identity thieves scan the newspaper for potential victims, Smith-Valentine says.

“Information about the deceased is usually published in an obituary in a newspaper, so it’s easy for thieves to gather and use,” says Smith-Valentine. “You should avoid putting the deceased’s exact birth date and middle name in the obituary to make things harder for an identity thief.”

It’s also a good idea to omit the deceased’s exact address as well as their maiden name. According to Vonder Heide, a good rule of thumb is for relatives to leave out any information that would likely be needed when consumers apply for a credit card, open a bank account or apply for insurance. They may seem like innocuous details, but they’re the kind of leads identity thieves use to get the ball rolling.

Simply put, there are a lot of personal and financial documents a person leaves behind, and it’s critical to locate and secure them as soon after a loved one dies as possible, says Alexis Moore, founder of Survivors In Action, a nonprofit victim’s advocacy group in El Dorado Hills, Calif.

“An identity thief will look for any document with personal or financial information,” Moore says. “You need to gather up things like their wallet and ID, their bank statements and hospital records. Even old military records can have information that’s useful to criminals.”

But the documents shouldn’t be limited to physical paper, says Smith-Valentine, who advises people to use password protection on the computer of a recently deceased relative.

It’s also important to limit the number of people who have access to the deceased’s personal papers, according to Vonder Heide. He says family members have been known to steal the identity of a loved one, especially if they suffer from addiction or have serious financial problems.

While it’s important to act quickly after a loved one passes to guard against identity theft, it’s also important to stay vigilant in the months that follow, Siciliano says.

“The best thing people can do while they’re alive is invest in identity-theft protection, which monitors your credit,” Siciliano says. “Credit monitoring is about $10 a month, and in the grand scheme of things, that’s cheap. Even when the person dies, the service continues to protect them.”

But if your loved one dies without identity theft protection, it’s a good idea to pull their credit report two and six months after they pass away, Smith-Valentine says. And if their estate takes longer to close, you should keep an eye on their identity during that time as well.

You can check a credit report for free at myBankrate.

While Smith-Valentine says neither the family members nor the estate will be liable for any charges incurred after death, it’s a good idea to stay on top of the issue for peace of mind. If a loved one’s identity is stolen after they die, bill collectors are likely to call and you can bet that a lot of time and anguish will be spent filling out paperwork when most people would rather be thinking happily about the memory of someone they loved.