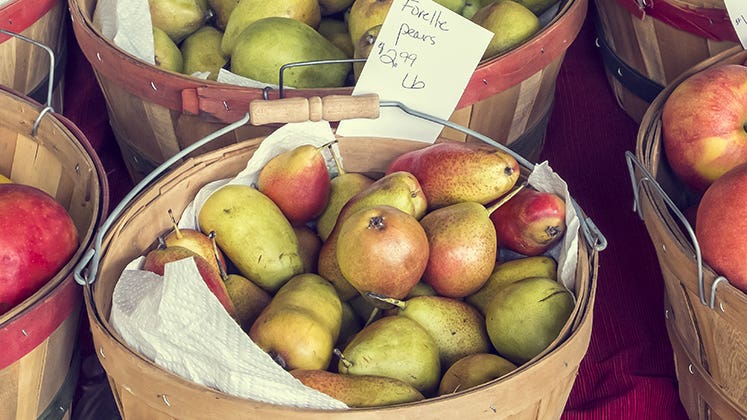 If you’ve noticed your wallet seems a little lighter after a trip to the grocery store or gas station, you’re not imagining things.

Here and around the world, the prices of everything from cotton to coffee have risen. The Department of Agriculture forecast for food costs in 2011 calls for an increase of 3 percent to 4 percent. And, the price of fuel is up — a lot.

Yet, the government’s measure of inflation, the Consumer Price Index, barely registers an increase in the prices consumers are paying. Economists don’t expect an inflation increase of more than 1.5 percent this year, “even if food goes up 3 percent and energy goes up 10 percent,” says Bill Hampel, chief economist for the Credit Union National Association.

The index vs. actual cost of living increases

What gives? Don’t food and fuel prices count in the tabulation of the index? Not really.

To measure the cost of living for consumers and come up with the Consumer Price Index, the Bureau of Labor Statistics prices everything consumers spend money on. Then all of the expenditures are categorized and weighted based on the amount that the average consumer spends on those categories. The percentage change from month to month is the rate of inflation, and it’s usually expressed as an annualized number.

The all-items inflation rate represents everything people spend money on: haircuts, plane tickets, medical care, clothes — you name it. But, that number is puffed up by the pesky necessities — food and energy. So those two categories are discarded when calculating the core inflation rate.

Theoretically, the core inflation rate more accurately reflects the increase in costs without factoring in the capricious nature of weather and political winds that impact food and fuel costs.

“Food and energy prices are quite random,” says Hampel. “Usually our best guess of inflation going forward for the next few months is anchored at the core rate.”

Nevertheless, food and energy prices have increased at a much quicker pace than core items. Food prices increased at nearly twice the rate of core inflation over the past year, rising 1.8 percent compared to the core inflation rate of 1 percent for the year ending in January.

But that’s nothing compared to fuel costs. “The big culprit has been energy prices, which are up 7.3 percent” over the same time frame, says Hampel.

“If food and energy are going up faster than 1 percent and everything not counting them is going up at a little less than 1 percent, that is how we get the overall inflation rate of 1.6 percent,” he says.

If you’re an average American consumer, as envisioned by the Bureau of Labor Statistics, about 15 percent of your total spending goes to food, including eating out. Food commodities account for only a fraction of that expenditure. Depending on your diet, the from-the-farm cost of food could account for less than 20 percent of your grocery bill.

Some food products, such as coffee, may rise more than the USDA’s forecasted 4 percent.

In the case of coffee beans, the market hit a 13-year high last summer and companies such as J.M. Smucker and Kraft Foods Inc. increased prices on brands Folgers, Dunkin’ Donuts and Millstone. Green Mountain Coffee raised the price on some of their coffee brands by as much as 15 percent.

Prices have continued to increase. According to the International Coffee Organization, the main international coffee trade group, the ICO daily composite indicator price hit 222.89 cents per pound in early March. Back in September 2010, the average was 163.61 cents per pound. The highest price the ICO has on record was 326.50 cents per pound on April 14, 1977.

That means coffee prices for consumers will head yet higher. J.M. Smucker announced a price increase of 10 percent on brands Folgers and Dunkin’ Donuts in early February.

Adverse weather conditions and increased global demand have increased prices for corn, wheat and soybeans, while instability in the Middle East has sent oil prices through the roof.

Consumers will notice one much more than the other: The price of a barrel of oil has a much more direct impact on their wallets than a bushel of corn, soybeans or wheat.

“Petroleum is a bigger slice of what people pay for in a tank of gas than wheat is in a box of cereal. If petroleum prices double, then the cost of gas goes up by 60 (percent) or 70 percent,” Hampel says.

If wheat prices double, a box of cereal won’t suddenly be jacked up to twice the price.

“The actual wheat and corn and grain in a box of cereal (accounts for) 3 percent of the total price. If grains double in price and nothing else happens, that would be a 3 percent increase in the cost of that box of cereal from a doubling of the commodity prices,” Hampel says.

Processing, packaging and transporting contribute much more to the cost of food than do food commodities.

“Core commodity prices for food have been going up significantly for the past seven months. Those prices have been rising at an annual rate of 70 percent,” says Hampel.

The food on the shelves at grocery stores, on the other hand, only increased by about 2 percent or 2.5 percent over that period, he says.

Scott H. Irwin, the Laurence J. Norton Chair of Agricultural Marketing at the University of Illinois at Urbana-Champaign, agrees.

“Outside of milk, meat, and eggs and fresh vegetables, there is a great deal of packaging and transportation that is involved in going from the farm to the grocery store. On average, about 80 percent of the cost of the items in a U.S. grocery store is nonfarm costs,” says Irwin.

The price of raw materials is more apparent in the cost of unprocessed foods. For instance, a bad growing season for oranges can mean skyrocketing orange juice prices.

But in some cases, the path between commodity prices and consumer pocketbooks is a more meandering one. Consider corn. Its price has increased due to bad weather. And though it’s used in a plethora of processed foods, corn is also a major staple for farm animals. Depending on the species of livestock, it could be some time before higher corn prices translates into higher meat prices.

“Long after corn prices go back down sometime in the next year from $6 to $4 a bushel, you will still be feeling the effects of $6 corn in the cattle and hog market for another year or two at least,” Irwin says.

Whether it’s a direct or indirect hit to consumer pocketbooks, higher commodity prices do mean higher prices for consumers, for the short and long terms. Commodity prices can also be a barometer for global inflation.

“Commodity price changes can be the canary in the coal mine,” says Hampel, “that can tell you that there are inflationary pressures in the rest of the world.”

The reality for consumers: Prices for many items will be higher and, depending on how you shop, inflation may feel higher than the official index number.