Hit by soaring inflation, rising interest rates and lingering impacts from the coronavirus pandemic, Americans are more than twice as likely to say their finances have gotten worse than better since President Joe Biden’s election, a new Bankrate survey found.

Americans’ financial sentiment could be especially crucial leading up to the 2022 midterm elections that will decide which party controls Congress, with seats in both the U.S. Senate and House of Representatives up for the taking. The leaders Americans elect will have key votes on personal finance-impacting policies — decisions that could include what to do about inflation and rising housing or health care costs, as well as how to help businesses and consumers weather a potential recession.

“The midterm elections will be important in terms of defining which party is or isn’t in the political driver’s seat in Congress over the next two years,” says Mark Hamrick, Bankrate senior economic analyst and Washington bureau chief. “If a recession does emerge as many fear and expect, it will again fall to elected officials to prescribe and vote on possible legislative responses. In turn, many of these factors may have impacts going into the next general presidential election.”

The likelihood of saying their finances have worsened shows a similar age divide. Almost half of boomers and Gen Xers (at 46 percent and 47 percent, respectively) say their financial situation has deteriorated since Biden’s election, compared to just 36 percent for both Gen Z and millennials.

Economists will point to the U.S. economy’s sharp improvement over the past two years. Joblessness was nearly two times as high as it is today (6.9 percent in October 2020 versus today’s 3.5 percent). More than 3.7 million people were still missing from the labor force at this time two years ago, most of them women. More than 10.2 million jobs hadn’t been recovered from pandemic-induced cuts, and employers appeared to have an appetite to fill just 6.8 million of them, according to Labor Department data.

But it’s easier to see what’s different today than two years ago: Inflation. A side effect of reduced spending and an ailing economy, price pressures in October 2020 had grown just 1.2 percent from a year ago, a four-year low. But later that year, prices would mount an almost 18-month surge — until eventually hitting a 40-year high of 9.1 percent in June. Even today, annual price gains have only slowed by nearly a percentage point, rising most recently in September by 8.2 percent from a year ago.

The typical American household needs to spend $445 more per month to buy the same goods and services as they did in 2021, according to analysis from Ryan Sweet, senior director of economic research at Moody’s Analytics.

Inflation makes it harder for the dollars in Americans’ wallets to go as far as they used to, and the hit to their purchasing isn’t totally dissimilar to taking a pay cut from loss of hours or joblessness — what often happens during downturns. Not to mention, more Americans at any given time might feel the impacts of inflation than they do by joblessness, at least according to the former Federal Reserve Chair Ben Bernanke. The majority (or 93 percent) of Americans in a February Bankrate poll said they’d noticed higher prices, while 74 percent said they were negatively impacted by them.

“The difference between inflation and unemployment is that inflation affects just everybody,” Bernanke said in a May interview with The New York Times. “Unemployment affects some people a lot, but most people don’t respond too much to unemployment because they’re not personally unemployed. Inflation has a social-wide kind of impact.”

For those who say their finances have improved, here’s who they are crediting

Americans who say their finances have improved over the past two years since Biden’s election were more likely to give at least some credit to Biden (at 72 percent), closely followed by congressional Democrats (70 percent), the party that currently occupies both houses by a slim majority.

Women whose financial situations improved were among the least likely to credit any Washington policymaker for their good fortunes. Nearly 2 in 5 women (or 42 percent) gave Biden no credit, versus 18 percent of men. At the same time, 56 percent of women say Republicans in Congress played no role in helping, as opposed to 48 percent of men.

Black Americans (at 90 percent) were more likely to give Biden at least some of the credit versus 64 percent of White Americans.

Of the Americans making less than $30,000 a year who saw their financial situations improve over the past two years, 64 percent credit Republicans in Congress, versus 39 percent of those earning at least $80,000 per year.

Of those who say their finances have worsened, here’s who they say is to blame

Yet, Americans were more likely to pass blame to Washington policymakers than give them credit, Bankrate’s poll found.

Slightly less than 1 in 5 (or 19 percent) of the Americans who say their finances are worse today than they were two years ago place none of the blame on Biden for their financial situation. On the flipside, 69 percent place at least a moderate amount of blame on the president. That total includes 48 percent who assert a great deal of blame. Meanwhile, about 12 percent say Biden is only a little at fault.

Americans were three times as likely to say Biden was to blame for their worsened finances than Republicans in Congress, at 48 percent versus 16 percent. As for Democrats in Congress, 45 percent said they were a great deal to blame.

Bankrate’s survey found Americans’ opinions of their financial situations and who gets the credit or blame depend on one clear factor: Their political ideologies.

“In our highly polarized political environment, and in the context of a complicated and highly dynamic economic situation, many people naturally gravitate toward assigning blame or credit to elected officials,” Hamrick says. “The reality is much more complicated than that. The causes of high inflation are multifaceted, including forces stretching around the world, not confined to the U.S. or the nation’s capital.”

Americans are more likely to say their finances over the next two years will get worse (32 percent) than better (26 percent), though the largest share of respondents say they expect their finances to remain about the same.

That’s even as economists in Bankrate’s Third-Quarter Economic Indicator poll put the chances of a recession between now and the middle of 2024 at 65 percent.

Younger Americans tended to feel more optimistic than their older counterparts. Gen Z and millennials (at 34 percent each) were nearly twice as likely to have a positive outlook compared to boomers (17 percent). About 1 in 4 (or 26 percent) Gen Xers said the same.

Democrats were also more likely to look to the future positively, at 36 percent, versus 19 percent of Republicans.

As for those who feared they could be even worse off in the future, White Americans were more than twice as likely as Black Americans to expect their finances to get worse (at a respective 36 percent and 14 percent), compared with 27 percent of Hispanic Americans.

Whether it be a potential downturn or continued impacts of inflation, Americans fearing for their financial futures should think about boosting their employability by improving their skillsets, taking advantage of today’s still historically strong job market to negotiate for a raise and finding ways to put back as much money as possible. That could be saving for emergencies and more immediate needs just as much as saving to cover long-term goals such as retirement.

“With only about 1 in 3 Americans saying they believe their personal finances will be better two years from now, something of a bunker mentality may be emerging among consumers,” Hamrick says. “It’s understandable as they’ve been adjusting in response to inflation, which erodes buying power, and in anticipation of possible worsening of the job market.”

Bankrate.com commissioned YouGov Plc to conduct the survey. All figures, unless otherwise stated, are from YouGov Plc. The total sample size was 2,000 adults. Fieldwork was undertaken between October 16-18, 2022. The survey was carried out online and meets rigorous quality standards. It employed a nonprobability-based sample using quotas upfront during collection and then a weighting scheme on the back end designed and proven to provide nationally representative results. 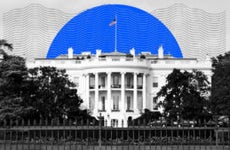 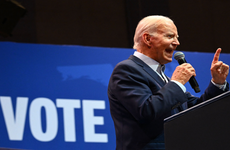 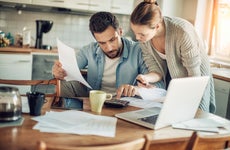 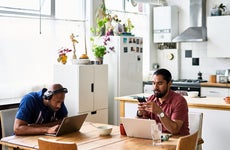