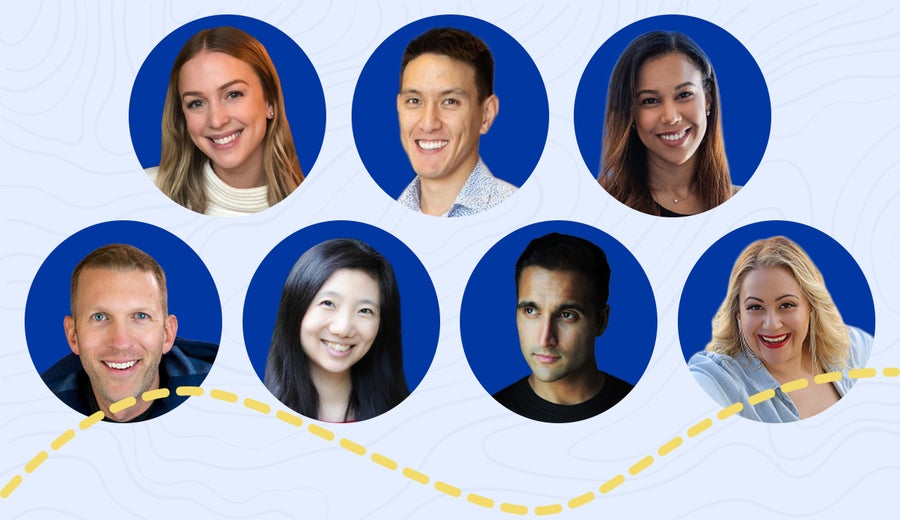 Between not saving enough — which Americans cited as their biggest financial regret amidst the coronavirus pandemic — or not investing sooner, there’s plenty of regrets to be had when it comes to our finances.

Rather than dwelling on what we could’ve done differently, focus on looking ahead and putting the lessons learned into practice.

With that being said, there’s a lot we can learn from each other’s mistakes, and luckily, living in the digital world that we do makes finding and sharing this sort of advice even easier.

We asked seven popular “fin-influencers” what their biggest financial regret was and what lesson they learned from it. Here’s what they had to say.

Thinking that I could out-earn my poor spending habits

Jannese Torres-Rodriguez (@yoquierodineropodcast), creator and host of the Yo Quiero Dinero podcast, a personal finance literacy podcast for Latinas and people of color

Throughout my 20s, I chased the idea that a six-figure salary would solve all my money woes. But the reality was the more money I made, the more reckless my spending became.

It wasn’t until I learned about financial independence and retiring early (FIRE) that my mindset about money changed. Money has become a tool to live the life I want vs. something to spend to show off your success to the outside world.

Now, I’ve set up several sinking funds, as well as an emergency fund, and each dollar I make has a job. I pay my goals first, and spend what’s left, vs. spending first and saving what’s left.

Not shifting my money mindset sooner

One of the biggest financial regrets I had was more of a money mindset shift I needed. When I officially started learning about money, I was told to pay myself first. I could do this by enjoying my money, then saving/investing, and lastly paying my bills. This sounded great, but the only issue is that you need to budget and make enough money to cover your bills.

For a lot of people, starting their financial journey by spoiling themselves first gives us a false reality of how much life actually costs. It was a wake-up call to me once I did my budget and realized that I didn’t really have much money left to spoil myself and save like I wanted to.

It took me budgeting and prioritizing my bills to make sure my necessities were met first. This allowed me to have a more realistic point of view of my personal finances. After that, I was able to set a base savings goals and lifestyle budget that didn’t limit my living situation. It’s important to focus on the future, but it’s also important to make sure we’re living within our means now. This was a life lesson I had to learn the hard way because I didn’t modify this financial advice to my situation.

Not getting started sooner

I don’t have many regrets in a sense because they all bring me to where I’m at and I’m actually very happy with where I’m at because now I’m actually making a change. I wish I could have done everything I’m doing now, but five years sooner.

I think about all of that accrued compound interest that I missed out on, but at the same time, you have to be okay with that because you start when you’re ready to start and when you’re ready is when you can actually do the important work.

Not learning about retirement options as a small business owner

One of my biggest financial regrets was not learning about retirement options as a small business owner. I assumed that as a small business (I side hustled as a wedding photographer), I did not have additional options to invest my money in a tax advantaged way, so I simply kept going with my work-sponsored plan from my 9 to 5 (job), and since I made too much to qualify for a Roth IRA, I went to invest in a brokerage.

About eight years into being a wedding photographer, I would learn that I could have opened a SEP IRA or solo 401(k) for my small business, and invested a significant amount — 25 percent of my earnings — with tax advantages. This moment humbled me and was also a reminder that no matter how much money I was making, I can always continue to stay up to date on the complicated U.S. income tax code.

I also learned to give myself grace after this mistake. I certainly was not the first person to not know about these accounts, and there are so many details that one has to keep track of as a small business, that it is impossible to expect one person to be able to know it all and handle all of it. These days, I encourage everyone else who feels this way, to start with self-forgiveness, and try not to do too many things at once. Learning and mastering one small thing at a time, can often lead to more growth and better outcomes, rather than trying to do everything at once.

Allowing my lifestyle to inflate with my income

When I received a raise at work, naturally I’d often spend more “just because” I got a raise and it felt like I had more money in my bank account. I didn’t really understand the compounding value that money has at that time, and I was not a big tracker of my expenses either.

I then met a few wealthy people who advocated to track my expenses and treat my personal finances more like a business — and I’m glad I did because by knowing where all your money is going, you have a better sense of a) if your lifestyle is inflating with your income, and b) how you can get your money to work in more ways for you once you have a proper plan of money allocation.

When I started making money at my first “big girl job,” the only financial advice I had been given was to make sure I saved as much as I could and to pay off my credit card every month. Every paycheck, I was paying off my credit card and then contributing a lot to my savings account, so I felt like I was doing well financially.

Little did I know a savings account is NOT the best place to keep all your money. At its peak, I had over $50,000 sitting there earning only 2 percent interest.

As I started to learn more about personal finance, I had some serious investing FOMO! I could have been contributing to a Roth IRA, or raising my 401(k) contribution, or even investing on my own that whole time. Since then, I have completely changed my strategy and focused on investing every extra penny I have outside of my emergency fund.

I now have invested over $100,000 with over $50,000 of that in 2020 alone. I have seen what investing can do, especially with compound interest/returns, and wish I made the most of my first three years out of college as well. Don’t let investing be some scary world (where) you have to have a finance degree to enter. Send your money out to work for you and don’t look back!

Borrowing money for a depreciating asset like a car

One night when I was (age) 25, I parked my old Jeep on the street in front of my house. An 80-year-old woman was driving her car at night, didn’t see my car, and slammed into it. She was scared but fine. But my car was totaled. I had purchased the Jeep from my mom when she got a new car under very mom-friendly terms.

But now that I was an adult and needed a car, I decided to do the adult thing: I took out a car loan and bought myself a 1999 Ford Mustang! It wasn’t outrageously expensive. The Mustang was five years old and the purchase price was about $11,000. Yet still, I had saddled myself with a big car payment. For the next five years, instead of saving or investing, I paid money back to the bank for my car I purchased years ago as it plummeted in value.‎

‎Five years later, I finally paid off the car. I was left with no savings and a Mustang that was worth about half what I paid for it. But at the age of 30, I decided to do something smart. I sold the Mustang for $6,000, took half the money and bought a ’99 Ford Explorer for $3,000. I invested the other half. Then for the next six years instead of making a car payment to the bank, I invested a car payment. The investments over those six years are now worth about $100,000 at the age of 40. They’re likely to be worth close to a million dollars at (age) 65. ‎

‎I don’t beat myself up for buying that Mustang, but I do think I’d have another million worth of investments at retirement if I was investing those car payments instead of paying them to the bank. Debt is normal in America, but by definition, it represents living beyond your means. Avoid borrowing and making payments to the bank. Instead, make those payments to your own investments to maximize your wealth.