Your net worth is all of your assets minus your debts.

Add up all your things of value, such as savings and retirement accounts and home equity. Subtract all your debts, including mortgage balance, credit card debt and student loans. What you have left over tells you how much money (or debt) you’ve managed to accumulate. This is your net worth.

Average net worth grew 26 percent overall between 2013 and 2016, according to the latest Survey of Consumer Finances, a triennial survey conducted by the Federal Reserve. (The Fed began its 2019 survey last March and is expected to release new data in late 2020.)

The average American’s net worth is $692,100, according to Federal Reserve data. But that number doesn’t tell the whole story. As can be expected, younger people have less money saved than older people who have been in the workforce longer.

We used the University of California-Berkeley’s SDA to find the average net worth by age, according to the Fed data.

While the average net worth looks pretty good for young folks just finishing college and starting their careers, the median net worth tells a different story.

Median reflects more accurately how the wealth is distributed among the population. The median is the middle number in a sorted list of numbers. So, the median net worth of half of those in their 20s surveyed have less than $6,500, while half accumulated more assets.

Many people in their 20s are saddled with student loans and their starting salaries may not enable them to save a ton of money. Nevertheless, it’s important to set aside something – ideally 10 percent or more – to save for future needs, such as an emergency fund, a down payment for a house and retirement. While retirement may seem light years away, the earlier you begin saving, the longer that compound interest works in your favor, helping you grow your net worth over time.

Again, the median number is much lower than the average, which is skewed by a few people at the top with high net worth. The experts are divided about how much you should have saved as a multiple of your income for retirement at this stage. Some say you should have saved the equivalent of your annual income by age 30, while others say you’ll be fine with that amount by age 35. But a study by Wade Pfau, Ph.D., found that the savings rate is the number to focus on. For someone who saves for 40 years, a 9 percent savings rate will likely be a sufficient rate. Those who begin saving 30 years before retirement should sock away about 17 percent of income. Those who wait until their mid-40s to begin saving should put away 36 percent for 20 years. The total amount saved should help with 50 percent of income needs in retirement, according to Pfau’s calculation.

In your 30s, there are many competing financial priorities. Some folks are still paying off student loans, while others are married with children and occupying a new home with a hefty mortgage payment. To be ready for unexpected events, it’s wise to have three to six months’ worth of income set aside in an emergency fund. If you can afford it, consider starting a 529 college fund for your children to lessen their future need for student loans.

Many people are at their peak earnings level during this decade of life, rewarded for high performance levels, whether as star achievers in the workplace or as hard-working entrepreneurs. Of course, work-life balance is key, as most people on their deathbed don’t wish they had spent more time at the office. Make time for vacations with family and do the things you want to do rather than waiting until retirement.

This is generally the best time to maximize your savings opportunities in tax-free, tax-deferred and taxable accounts. Be sure to diversify your investments among stocks, bonds and cash according to your tolerance for risk. If you haven’t been putting much money in your retirement account, be sure to increase your deferral amount, ideally at the same rate that your paycheck grows. For instance, if you received a 3 percent salary increase this year, bump up your 401(k) or IRA contribution by that amount. This keeps your lifestyle in check and increases your net worth rapidly. After all, amassing a fortune gives you more options and enables you to choose the course of your life rather than living paycheck to paycheck.

Barring unexpected misfortune, such as health issues or a layoff, this is the best time to ramp up savings as your kids, if you have them, are probably in college at this stage. Of course, they will likely tap you for funds as they make their way in the world. But if you’ve been setting aside money throughout your career, you’ll be in a good position to help them out and to handle any challenges that you may face.

The median net worth of half the population is $221,200 or less – a worrisome amount considering that one can’t borrow to get by in retirement. So keep in mind that the more money you amass, the more you can maintain your independence. In fact, many people continue to work beyond age 65, according to an American Community Survey Report issued by the U.S. Census Bureau. But that doesn’t mean they’re tethered to a 9-to-5 job five days a week. Part-time and freelance opportunities can keep income flowing so that you don’t deplete your nest egg early on. At this phase of life, pursue your passion and earn money at the same time if you can.

So hike up your net worth throughout your career so you can experience financial freedom. 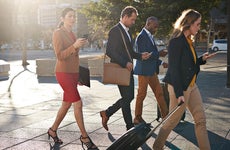 How to determine your net worth 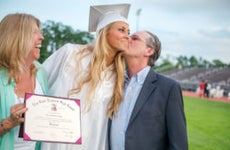 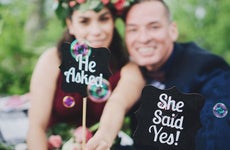 Creating a financial plan before marriage 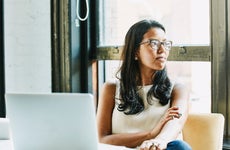