As the post-COVID economic boom cools, the U.S. economy has been teetering on the brink of a recession. This daunting prospect has many looking for ways to shore up their finances in advance of a downturn. If you’re considering paying down your mortgage to prepare for a recession, think again.

Should you prepay your mortgage ahead of a recession?

Most homeowners would be wise to stay the course by continuing to pay down the mortgage monthly rather than in a lump sum, says Greg McBride, Bankrate’s chief financial analyst.

“In a recession, you want to preserve liquidity, not restrict it,” says McBride. “Paying down the mortgage restricts your liquidity.”

A bit of explanation is in order. To seriously consider paying down a six-figure mortgage balance, you need a six-figure sum of cash – the “liquidity” McBride refers to.

So  the question becomes: Would you rather trade your cash cushion for no monthly mortgage payment and a paid-off house, or  have a six-figure balance in the bank but continue to owe on your house?

For most homeowners, it makes more sense to hang onto the cash and keep paying down the mortgage in monthly installments.

Owing money on a house can feel risky, but keep in mind where mortgages rank in the debt hierarchy.

Some debt is clearly harmful to your personal finances. Carrying a credit card balance is one obvious example of bad debt. In this case, you’re paying double-digit interest rates to finance meals, vacations and electronics years after charging them to the credit card. You should pay down that debt as quickly as possible, in good times or bad.

Mortgage debt, on the other hand, is the most attractive form of consumer debt available. Interest rates on mortgages are low compared to other types of debt, and the time horizon of the loan matches the long-term nature of housing as an asset.

What’s more, if you took out a loan or refinanced during the past two years, you’re probably enjoying a rate in the range of 3 percent. If that’s the case, there’s even less urgency to pay off the mortgage, says McBride. After all, you’ve locked in a historically low interest rate for decades to come.

For most consumers, the home loan should be the last thing you pay down, says McBride. Instead, retire any higher-rate debt you have, such as credit card balances and auto loans. Then, devote excess cash flow to building up your emergency savings and funding your tax-advantaged retirement accounts.

Think through your fears

While the word “recession” sounds scary, the term just means that the economy is shrinking. Even a small contraction in economic activity qualifies as a recession.

Also worth remembering: Most recessions are mild, brief and forgettable. For instance, in the two decades after World War II, the booming U.S. economy experienced four recessions , but still continued to grow at a breakneck pace overall.

After rocky periods in the 1970s and 1980s – the U.S. economy experienced two contractions in each decade – recessions have become somewhat rare. The U.S. economy went into recession in 1990, and again in 2001. While those downturns were sobering experiences for workers and investors, neither proved to be the sort of calamity that would merit paying down the mortgage or otherwise pulling the plug on a prudent financial plan.

The worst post-war downturn was the Great Recession of 2008, and there’s little likelihood that a 2022 recession will approach that financial crisis in severity.

Even if the economy crashes, what would you accomplish by paying off the mortgage? If you lose your job because of a downturn, you’re better off keeping the mortgage open and using your bank balance to not only make monthly payments, but also to buy food and pay utility bills.

“Home equity is not going to pay the bills; money in the bank will,” says McBride.

What’s more, if the worst-case scenario plays out and you lose your job, you no longer will be able to tap your home equity. Lenders require stable and steady income for a cash-out refinance or a home equity loan. Without an income, your home equity is locked away until you sell.

Homeowners should also be heartened to know that politicians, regulators and lenders extended generous support during the COVID recession. Most homeowners were allowed to skip mortgage payments for up to 18 months, with no penalties. While there’s no indication that the next downturn will be anything like the coronavirus shutdown, borrowers can take comfort in knowing that if things get really bad, the federal government might come through with another escape hatch.

As with any rule of thumb, there are outliers – those folks in special circumstances who might consider paying off their home loan in advance of hard times.

One such group is made up of homeowners who are approaching both retirement and the end of their mortgage terms. If you owe a modest amount – $20,000 or $25,000, for example – and simply want to get rid of your monthly payment, writing a check for the remaining balance might make sense.

For most homeowners, however, the threat of a recession shouldn’t affect how you approach your mortgage. 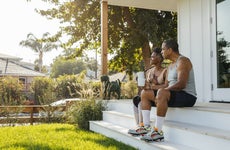 Should I pay off my mortgage early? 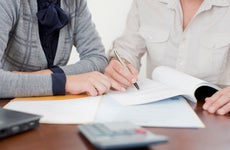 Should you pay off credit card debt before applying for a mortgage?

Ask Bankrate: Should I pay down my mortgage or extend the loan term? 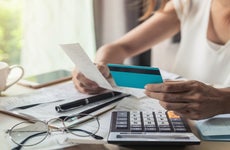 Should you pay debts first or save? Use these guidelines to decide