Average car loan delinquency rates, interest rates and payments aren’t truly influenced by geographical location. Rather, they are determined by a driver’s credit score and history, income, debts and the loan amount and term. But the statistics broken out by location do reveal typical habits of drivers in each state.

Over the past year, auto delinquency rates have been on the rise — which means they’re returning to normal pre-pandemic levels, according to TransUnion. This increase is primarily due to the resurgence of delinquencies following the end of pandemic-related relief.

On top of this, vehicle shortages caused more demand coupled with less supply — meaning high costs to buy and finance. Overall, loan balances grew 8 percent in 2022 from an already steep $1.35 trillion in 2021, found Experian. So as interest rates increase and delinquencies return to more normal levels, consider where your home state falls in the shuffle.

An auto loan balance is the remaining amount a driver has to pay on their loan. The average car loan balance across the country is $5,210. State average balances range from around $3,000 to upwards of $6,000.

This data, gathered from the New York Fed Consumer Credit Panel and Equifax, will be used to explore the top ten states — with an additional two states due to a tie — with the highest car loan balances.

These higher balances are partly due to a few macro environmental issues across the country, and are not just state specific. One major factor is the issue of supply versus demand. Vehicle inventory shrank last year due to supply chain issues and the cost for available cars rose — causing drivers to finance more.

Along with this, drivers chose longer loan terms to lower the monthly cost of their car payments. Average used vehicle terms in the second quarter reached a record high of 68.01 months. New vehicle terms told a similar story with drivers financing for an average of 69.46 months.

The average monthly payment figures for each state were calculated using a combination of the average car price for the state, average loan term and interest rate.

Drivers can take anywhere between 24 and 60 months to pay off their vehicle, some even taking up to eight years — which can be a risk. A longer term lowers the monthly cost, but it leads to a higher cost overall.

The interest rate that you pay for your vehicle is based on a variety of factors such as your credit, the vehicle type and the terms you choose. On average drivers can expect to pay around 4.33 percent for new cars and 8.62 percent for used, according to the second quarter data from Experian. Below are the average APRs as of October 26, 2022, based on a Bankrate study.

Fortunately, used vehicle prices are reaching stable prices once again, the average price of a used car sold for $28,237 in September, according to Kelley Blue Book. In terms of vehicle types, SUVs remain the most popular, surpassing 60 percent of financed vehicles in the second quarter of 2022, according to Experian.

North Dakota’s — which carries the highest average used car price — most commonly sold vehicles are SUVs. While in Nevada, on the other price end, the most popular vehicle type are passenger cars, according to iSeeCars.

Texas, which has the highest average car payment does carry high average delinquency, but not the highest out of the top states. Mississippi leads with 6.14, much higher than the national averages displayed below.

Interestingly though, TransUnion found that consumers continue to value their auto loans in line with other financial commitments. Just behind mortgages, and far higher than credit cards, drivers prioritize getting vehicle payments in.

When it comes to prioritizing your payment the key is preparedness. To do this you must only finance what you can afford. The best way to do this is to calculate your expected monthly payment along with what that accrued interest will look like during the lifetime of the loan.

Hawaii takes the gold medal for lowest average auto loan balance, followed closely by the home of the Mayflower, Massachusetts. These states carry averages dramatically lower than the national median of $5,210. But as explained, the auto loan balance is independent of ZIP code and rather relates to the typical background of each state.

Financial literacy, income and cost of living all play important roles. When looking at the states with the lowest balances, for example, three out of the five hold some of the highest median household income in the country, according to the Census Bureau. When diving deeper, average credit scores also tend to be higher.

Hawaii’s average FICO score is 723, falling under the very good category according to Equifax. With the remaining states carrying similarly competitive averages. 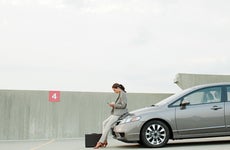 Average auto loan payments: What to expect in 2022 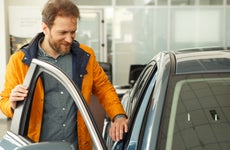 How to get the best auto loan rate 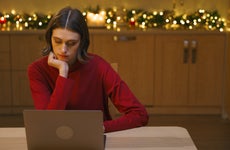 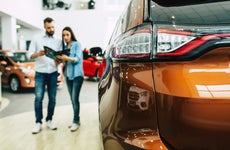