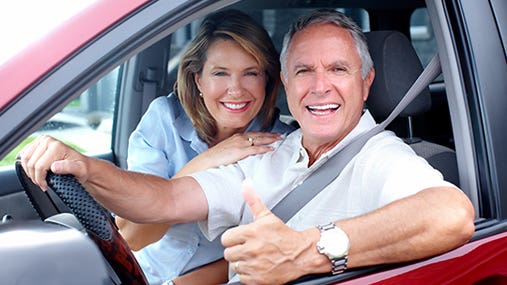 Leasing a car may not be on a senior citizen’s radar screen, but it may be a better option than buying a new car for some. Seniors on fixed incomes who want to drive a new car with the latest safety features every couple of years or want a shorter financial commitment on their car could benefit from leasing.

“Seniors’ driving needs can change more frequently than someone in their earlier years, and thus being able to obtain a different lease contract every few years to accommodate those changes can be beneficial,” says Scot Hall, executive vice president of  SwapALease.com.

Since a lease is typically for three years or less and a car loan is typically for five years, leasing also provides the flexibility some seniors may need if they think they will be driving less in the next couple of years. It is easier for a senior to predict his or her driving needs just a couple of years into the future, while it might be more difficult to predict driving needs over five years because those needs could change more dramatically.

“Leasing can be a great option to drive a lot of car for the money for seniors,” says Jesse Toprak, senior analyst for TrueCar Inc. “Leases typically require lower upfront costs and have lower monthly payments (than buying the same car). Overall ownership costs are lower due to the car being under the factory warranty.”

Essentially, all a senior citizen needs to think about with a leased car is the lease payment, gas costs and car insurance. “For someone on a fixed income, it can be very easy to budget for,” says Phil Reed, Edmunds.com senior consumer advice editor. “If the monthly payments fit your savings or income, no other additional expenses will arise.”

To be sure, leasing a car can be intimidating, since the terminology used in leasing is very different from buying a car. That can make the contract and leasing process hard to understand. For example, the “capital cost” is the sale price of the car and the “residual value” is the car’s expected value at the end of the lease term.

“Many older people, my parents included, are suspicious of leasing, mainly because they don’t understand it,” Reed says.

Toprak says one of the most common things people don’t realize is that lease prices can be negotiated. “Most consumers aren’t aware that there is still a selling price in leasing,” he says. “Seniors, or any consumer leasing a car, should negotiate the selling price of the car they want to lease as if they are purchasing it.”

Negotiating the selling price is important because it is a key factor in calculating the car lease payment. Other major factors affecting the lease payment include the residual value of the car, the length of the lease, typically two to four years, and the mileage limits, usually 10,000 to 15,000 miles per year.

Seniors, or any consumer leasing a car, should negotiate the selling price of the car they want to lease as if they are purchasing it.”
— Jesse Toprak, senior analyst for TrueCar Inc.

In addition, Reed advises that lessees should be careful to only obtain a lease that has a large enough mileage allowance to cover their driving needs to avoid excess mileage charges. They should also aim to pay no more than $1,000 in fees associated with obtaining the lease, commonly called “drive-off fees.” “It’s also best not to sign a lease for more than three years so the car will remain under the factory warranty,” Reed says.

To get the best deal on a car lease, seniors can negotiate the car price on their own, just as if they were buying, or use a service that offers pre-negotiated prices such as AAA, Costco, TrueCar or through local banks.

Another method of leasing a car is taking over the lease from someone looking to get out of his or her lease early. A lease takeover eliminates the need to negotiate the initial car lease and a down payment, since that already has been completed by the initial lessee. It’s just a matter of the new lessee finding a takeover deal on a car he or she wants with an affordable monthly payment.

“The senior would also want to pay close attention to the number of miles remaining and the length of time left on the lease to ensure that the lease will meet (his or her) needs,” Hall says. Services such as SwapALease.com assist new lessees with third-party inspections by mechanics to give lessees peace of mind.

Regardless of whether a car lease is secured directly from a dealer or a senior takes over a car lease for the remainder of the term, he or she will have the option to buy the car at the end of the lease for the amount stated on the lease contract. To make the decision to buy, the potential buyer should consider the leased car as if he or she is shopping for a used car. If it is priced similarly to other cars of the same make and model in the same condition and with similar mileage, it is a good financial choice.

However, keep in mind that the costs of ownership will go up because the leased car won’t be under the same type of warranty, and the cost of repairs and regular maintenance will be the owner’s responsibility.

Cars that hold their value better than average are better bets for finding good monthly lease payments. The top five brands in the Residual Value Awards given annually by ALG, the leading provider of car depreciation rates to dealers, include Honda, Hyundai, Scion, Subaru and Mazda for mainstream brands, and Acura, Infiniti, Audi, Lexus and Mercedes-Benz for luxury brands.