The stock market has struggled throughout 2022, with many stocks failing to provide positive returns for investors. The S&P 500 has entered a bear market as the economy struggles with inflation, the Federal Reserve continues to raise rates, and recession fears spook investors.

Declines like these often lead investors to look for more defensive stocks. However, developing a sustainable investment strategy is a good idea regardless of market conditions. Stocks can be volatile at times, so finding safer stocks to invest in can make your portfolio more resilient during those down periods.

How to find safer stocks to invest in

Finding safer stocks to invest in can seem like a tall order, but it’s less challenging when done in a systematic way. In other words, it’s easier once you know what to look for. Plus, the best online stock brokers usually have stock screeners to make it easy to find safer stocks.

Larger companies are often among the safer choices of stock picks. The reasons are many but include diverse revenue streams, economies of scale, and greater resources at their disposal.

For example, they tend to have more money for research & development and advertising. They also tend to attract the best talent and have better distribution networks than smaller competitors.

No single company is a completely safe investment, and this includes large-cap companies. However, these companies are generally less likely to become insolvent than very small companies.

Valuation multiples are metrics that attempt to gauge the financial performance of a company and its stock. Common valuation multiples include price-to-earnings (P/E) ratio, price/book ratio, and dividend yield. If these numbers don’t align with the competition, the stock could be overvalued or underpriced.

For example, if a stock has a high P/E ratio, this means the stock has a high price relative to the company’s earnings. However, some industries tend to have higher P/E ratios than others, so you should only compare companies to their direct competitors. The same can be said when considering other valuation multiples, such as dividend yield.

If a business is cyclical, it is likely to experience volatility during an economic downturn because consumers tend to cut back on spending during these times. Stocks in these industries are also known as consumer discretionary stocks. For example, companies in the entertainment and travel industries tend to struggle more during a recession.

However, people are less likely to cut back on expenses like utilities and healthcare. Indeed, the state of the economy is not often a major factor in whether people pay their electric bills or go to the doctor. Hence, these can be considered non-cyclical industries.

5. Look for companies with a competitive advantage

Competitive advantage is less quantifiable than some of the items mentioned above, but it is equally important. Companies with strong brand loyalty could fall into this category, as could those who have patented a unique process or product that sets them apart. If you think about the brands that define entire industries, they likely have a competitive advantage. Apple is just one example of many companies like this.

Risk factors to watch out for

Economic uncertainty will lead almost any investor to look for stocks that are a safer bet. Large-cap companies with favorable valuation multiples tend to fall in that category. So, too, are those in non-cyclical industries.

However, there are also some risk factors to consider. High debt loads, unsustainable dividend payments, and lack of profitability are some signs that a company may not be a safe investment. While no stock is completely safe, finding companies with strong fundamentals while avoiding the red flags can make your investments less risky. 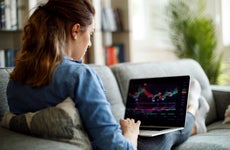 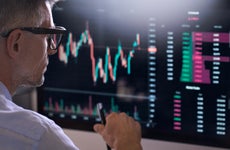 4 ways to tell if a stock is overvalued 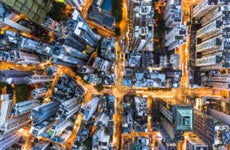 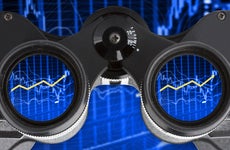