It’s a question you’ll frequently hear during any program discussing the latest financial news: “What did the market do today?” The answer often includes a reference to an index such as the Dow Jones Industrial Average, the S&P 500 or the Nasdaq. But what are these? And what distinguishes one from the other?

Before diving into the differences between the Dow vs. the Nasdaq vs. the S&P 500, it’s important to understand the key commonality among them: In this context, they are all referring to market indexes — not stock exchanges. Each of these three major stock indexes tracks a certain subset of stocks, and the movements — day to day, month to month and year to year — offer a view of how the broader market is performing and the sentiment among investors.

The Dow Jones Industrial Average — often shortened to the Dow — is the most well-known and longest-running market index. It’s been around since 1896, and it consists of 30 blue-chip, U.S.-based companies that trade either on the New York Stock Exchange or the Nasdaq exchange. Some of the largest publicly traded companies in the country — Apple, Coca-Cola, Home Depot and Nike, to name a few — are included in the Dow. As of this writing, the 30 companies have a collective market capitalization of more than $9.2 trillion.

While the Dow carries plenty of historical significance, its limited scope of just 30 companies and the fact that the index is price-weighted rather than being weighted by the value of the company make it an unreliable barometer of the entire market. When you hear about the Dow, some of those references may be intended to make the movement of the day seem more dramatic. Consider which of these headlines is bound to get more attention: “The Dow fell 300 points today,” or “The S&P 500 was down 36 points today.” In both cases, the decline is roughly 1 percent.

There is, however, a time when activity in the Dow is headline-worthy: when the makeup of those 30 companies changes. For example, in August 2020, the index replaced Pfizer, Raytheon Technologies and Exxon Mobil with Salesforce, Amgen and Honeywell International. That’s a moment of prestige for the companies making their way into the index and a reflection of recent underperformance or loss of relevance for companies that are being removed from it.

The S&P 500 includes 500 large, U.S.-based publicly traded companies, including all those listed in the Dow Jones Industrial Average, regardless of the stock exchange that is home to their trading activity. Though this index includes just 500 of the more than 6,000 publicly traded U.S. stocks, the S&P 500 tells a more complete story of what the market is doing than the Dow or Nasdaq 100. It represents about 80 percent of the value of all publicly traded companies in the U.S., according to S&P Global. The S&P 500 weights companies by their total market capitalization (the stock price multiplied by the number of each company’s outstanding shares). This formula means that larger companies carry more weight than smaller companies. In fact, more than 20 percent of the value is in Apple, Microsoft, Amazon, Tesla and Alphabet.

Because the S&P 500 contains hundreds of large companies and represents the lion’s share of total stock market value, it is considered a much better gauge of how the market is performing, even though it excludes thousands of smaller and midsize companies. It’s important to note that the S&P 500 changes on a more frequent basis than the Dow as companies grow their way into the mix and other companies are no longer considered large enough to be included.

Alternatives to the Dow, Nasdaq and S&P 500

The Dow, Nasdaq and S&P 500 aren’t the only games in town for understanding the market’s performance. The Wilshire 5000 is designed to represent the entire U.S. stock market, and the Russell 2000 is solely focused on small-cap stocks. While these less-established companies tend to carry greater potential for risk, they also offer what every investor wants: more room to grow and profit. 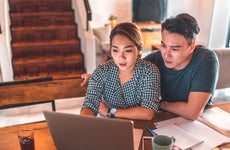 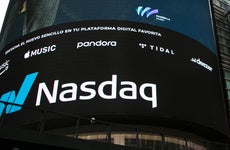 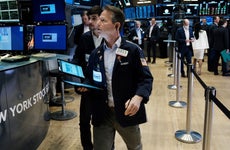 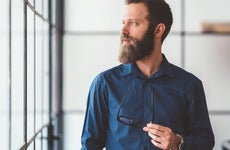 What is an index fund and how do they work?