Skip to Main Content
6 min read Published December 20, 2022
Written by
Brian Baker
Written by Brian Baker Investing reporter
Bankrate reporter Brian Baker covers investing and retirement. He has previous experience as an industry analyst at an investment firm. Baker is passionate about helping people make sense of complicated financial topics so that they can plan for their financial futures.
Brian Baker
Edited by
Brian Beers
Edited by Brian Beers Managing editor
Brian Beers is the managing editor for the Wealth team at Bankrate. He oversees editorial coverage of banking, investing, the economy and all things money.
Brian Beers

The stock market is likely headed for its worst year since the great financial crisis in 2008, with major indices such as the S&P 500 and Nasdaq Composite down about 19 and 32 percent, respectively in 2022. But investment professionals surveyed in Bankrate’s Fourth-Quarter Market Mavens survey see some relief coming investors’ way in 2023. The group of analysts expect the S&P 500 to increase 8 percent over the next 12 months, the ninth straight quarter the group has predicted gains.

Survey respondents predict the S&P 500 will rise to 4,243 over the next year, up from 3,934 when the survey period ended on Dec. 9, 2022. The experts strongly prefer U.S. stocks over international markets, and value stocks over growth stocks.

“If respondents are correct and the stock market rallies over the coming year, that would likely be coinciding with at least several other positive developments, namely lower inflation, and a less aggressive Federal Reserve,” says Mark Hamrick, Bankrate’s senior economic analyst. “Uncertainty remains highly elevated, however, for the coming months, and that includes the investing environment.”

“For most investors, slow and steady wins the race,” Hamrick added. “While there’s intense interest in the daily movements of the stock market and individual issues, most mere mortals aren’t capable of successfully timing the market. That’s why staying invested is key for long-term investors.”

Stocks expected to bounce back over next year

Stocks have had a difficult year, with both the S&P 500 and Nasdaq in bear market territory, while the Dow Jones Industrial Average is down about 9 percent in 2022. Investors have pulled back on risk as the Fed raises interest rates to combat high inflation and concerns grow that the economy is headed for a recession. Inflation has softened somewhat recently, but the Fed hiked interest rates by half of a percentage point at its latest meeting in December.

“We see a recession in the first half of next year, which will bring inflation down, and allow the Fed to cut rates in the second half,” says Sameer Samana, senior global market strategist at Wells Fargo Investment Institute. “That should allow equities to bottom in the first half and begin looking towards an economic recovery.”

But other analysts think it will take longer before the Fed starts cutting rates.

“The market is mispriced if the Fed continues raising interest rates as they have suggested and recent economic data implies is necessary,” says Charles Lieberman, chief investment officer at Advisors Capital Management. “Inflation is not likely to moderate quickly, so rates have to get higher and stay higher for longer. So, the rate reductions needed to unleash the economy likely need to wait until 2024.”

Here’s how the numbers break down:

The results show a decline in the experts’ outlook compared to the previous survey when about 27 percent expected returns to be higher-than-normal over the next five years.

Briefing.com Chief Market Analyst Patrick O’Hare agrees. “We are on a path to normalization, albeit a bumpy one, but with the Fed put being retired and animal spirits being tamed because of that, returns should be closer to their historical average,” he says.

But other analysts think slower growth will hinder stocks and lead to returns being below average over the next five years.

“Economic and earnings growth rates are likely to be somewhat lower than historic averages,” says economist Hugh Johnson, which he thinks will lead to underperformance for the stock market relative to its long-term average.

The survey’s respondents still largely prefer U.S. stocks over international stocks for the next 12 months. Here’s a breakdown of the responses:

In the previous quarter’s survey, 91 percent preferred U.S. stocks, 0 percent favored international stocks and 9 percent said the returns would be about equal.

Though most analysts prefer U.S. stocks, that is at least partly due to the belief that a U.S. recession next year will have a meaningful impact on international economies.

“If the U.S. suffers a recession in 2023, other global economies will be feeling the effects of that,” says O’Hare. “China is an outlier that could outperform the U.S., should it actively distance itself from the zero-COVID policy, but all else equal, the U.S. market should continue to win favor for its rule of law, deeper liquidity, and residence for global industry leaders that have the financial wherewithal to ride out a challenging economic environment.”

Michael Farr, chief market strategist at Hightower Advisors, also sees the U.S. outperforming international markets. “The U.S. will be the least bad house in a tough neighborhood,” he says. “Global economies will continue to battle inflation, Ukrainian war pressures and an ongoing slowdown in China.”

Dec Mullarkey, managing director of investment strategy and asset allocation at SLC Management is one of the few analysts who predict international stocks will outperform the U.S.

“Expect U.S. equities to deliver modest returns as growth and earnings level off,” says Mullarkey. “But global equities (ex U.S.) should do better with help from attractive valuations and a weaker dollar as Fed rate hikes level off.“

Experts like value stocks over growth stocks in the coming year

In a change from the third-quarter survey, analysts now strongly expect value stocks to outperform growth stocks over the next year. The preference for value stocks reflects concerns that a recession may be coming and earnings growth for growth stocks may be under pressure.

Here’s a breakdown of the responses:

This is the eighth out of the last nine quarters where value stocks were preferred over growth stocks.

“During difficult economic times, companies that sell things people need hold up better,” says Hightower’s Farr. “These are not the high-growth companies.”

Other analysts see a greater upside for growth stocks, as the potential for a rebound or new bull market develops in 2023. Growth stocks have dramatically underperformed value stocks throughout 2022.

“The sectors that have fallen the furthest in a bear market tend to outperform the market in the first 12 months of a new bull market,” says Sam Stovall, chief investment strategist at CFRA Research. 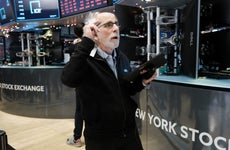 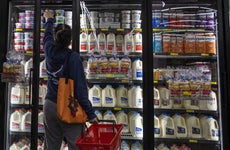 Survey: Just 18% of Americans plan to boost stock investments in 2022 as inflation and volatility rise 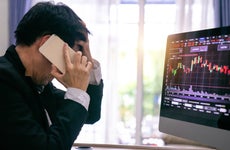 Survey: 6 things individual investors should avoid in 2022, according to top market experts 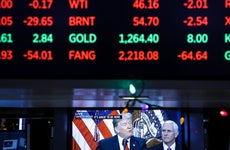 Investors optimistic about 2019 despite uncertainty about Trump administration