While Bitcoin climbed above $43,000 in early Thursday trading, it fell back later in the day, hitting $42,766 in the mid-afternoon. The move put the digital currency up 2.3 percent over the prior 24 hours, according to CoinMarketCap. Bitcoin was among many digital currencies that surged early in the day only to come off their highs later, amid potential challenges to cryptocurrencies.

Russia’s central bank proposed banning cryptocurrencies in the country on Thursday, naming the risks of financial stability, money laundering and monetary sovereignty as reasons. Meanwhile, the U.S. House of Representatives Energy and Commerce Committee discussed the energy impacts of blockchain, the technology that powers cryptocurrency.

Many other cryptocurrencies surged early Thursday before settling down in the mid-afternoon.

Ethereum was up about 5 percent before it managed to hold on to only a 2.7 percent gain by mid-afternoon, at a price of $3,200. The digital currency set an all-time high above $4,800 in November, but its price has fallen steadily through December and into January.

Bitcoin’s recent trend has been downward

Bitcoin’s price has been under pressure since the Federal Reserve’s early November meeting, when the central bank announced that it would begin tapering its purchases of bonds, reducing stimulus in the financial system.

That downtrend continued through much of December and into January. After peaking above $51,000 in late December, the digital currency fell to about $41,000 in early January and has spent the past couple weeks hovering in the low $40,000 range around $42,000, as the market looks for direction. 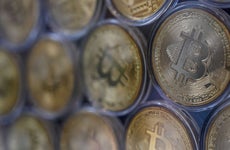 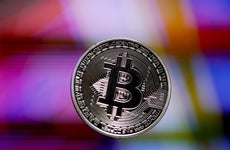 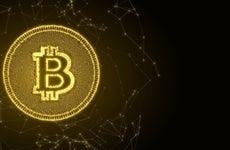 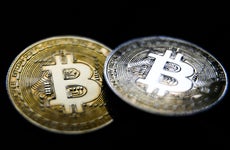