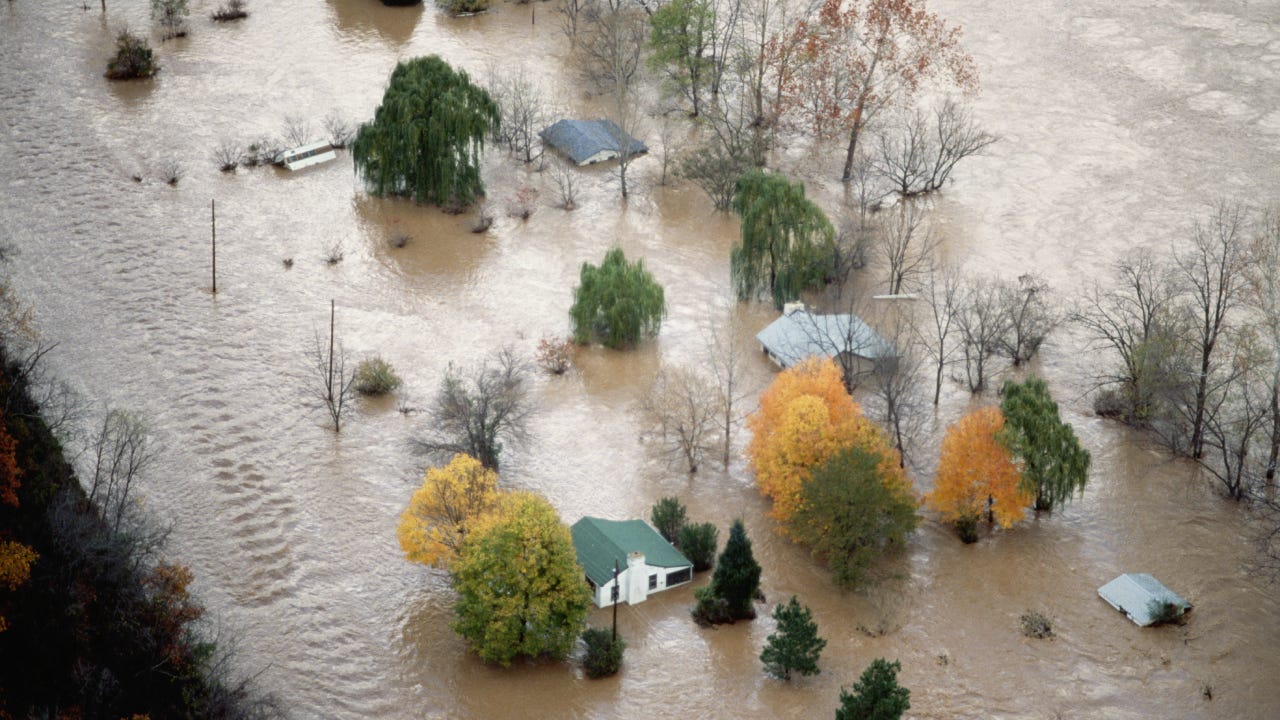 From the Chesapeake Bay to the Appalachian Mountains, Virginia’s postcard-worthy vistas are bursting with beautiful, lush greenery. But the wet conditions that help to produce this breathtaking foliage also put many of the state’s homeowners at risk for flooding. Even with a robust homeowners insurance policy, your home will not be adequately protected from these destructive events without flood insurance.

According to data from the National Environmental Public Health Tracking Network, around 5% of all homes in Virginia are within a FEMA designated flood hazard area. In some communities, that number can easily exceed 20%. Even if your home does not fall within a high-risk zone, it may be at risk for flooding. Over one in five National Flood Insurance Program (NFIP) claims come from low- and moderate-risk areas. In Virginia, flooding can happen anywhere – even in inland regions – due to a variety of risks such as heavy rain, melting snow and failed dams.

Flooding in Virginia can be unpredictable. Since 1996, the statewide number of annual flood events recorded by FEMA has been as low as 57 and as high as 571. While you might assume that most floods happen in coastal counties and those bordering the Chesapeake Bay, this is not generally the case. According to FEMA, the highest incidence of flooding in Virginia typically falls within the state’s central regions.

With this risk in mind, many lenders will require you to purchase flood insurance if your home is in a high-risk flood area. Even if you do not need to show proof of flood insurance to the bank, you may still want to consider purchasing it to protect your home. The average NFIP claim is $19,000 in Virginia, and while that is significantly below the $52,000 national average, is a cost that many homeowners would not want to pay out of pocket. Flood insurance is one way to protect yourself from this possibility.

Cost of flood insurance in Virginia

How much you pay for flood insurance in Virginia depends on several different factors. The average annual cost of a policy through the NFIP in the United States is $700. The cost of flood insurance for your home will depend partly on the following factors:

FEMA plans to update the way it assesses flood risk for NFIP premiums in October 2021. The new system will be called Risk Rating 2.0, and will use a streamlined set of factors to determine the premium for policies.

Do not wait until flooding is in the forecast to look for a policy as you may not find coverage if flooding is imminent.

How to purchase flood insurance in Virginia

Homeowners in Virginia generally have two options to purchase flood insurance. The first is through the NFIP. These government-backed policies are available from 29 insurance providers in Virginia and offer up to $250,000 in building coverage and $100,000 in contents coverage for residential homes. Building coverage and contents coverage must be purchased separately. Claims for your home’s contents are reimbursed on an actual cash value basis, which is less than what it might cost to replace them as depreciation is taken into consideration. All NFIP policies have a 30-day waiting period.

Homeowners insurance generally does not cover flood damage. To get coverage for weather-related flooding, you will likely need to purchase separate flood insurance, either from the NFIP or from a private insurance company.

Both the prices for flood insurance and home insurance take multiple factors into account, and are therefore different for every policyholder. If you are in a low-risk area for flooding, your flood insurance premium will likely be lower than if you are in a high-risk area. Additionally, the value of your home and your choice of coverages, among other factors, will play a role in the price of your flood and home insurance.

How can I save money on flood insurance?

To reduce flood insurance costs, the NFIP recommends lowering flood risk by installing flood openings, filling in your basement and elevating utilities like HVAC and electrical panels. You can also reduce annual premiums by choosing a higher deductible. However, you should only do this if you can afford to pay the higher deductible out of pocket, should a claim occur.