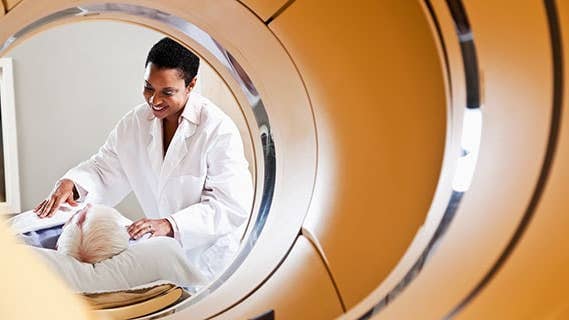 Most people who opt for traditional Medicare and a Medicare supplement to protect themselves from gaps in the program choose the Medigap insurance known as Plan F. Of those who decide to buy a Medigap plan, 66% choose F, according to the American Association for Medicare Supplement Insurance, a trade organization.

That’s in spite of the fact that Plan F is the most expensive, and many people will go years paying the premiums without getting their money’s worth. Does that make choosing it a good or bad decision?

“The reason most people pick F is that it covers every row on the Medicare coverage chart. If you can afford it, why not pay a little extra money and not have to worry about paying for your health care?” says Melissa Simpson, senior program manager for the National Council on Aging, or NCOA. She coordinates programs that connect Medicare beneficiaries with benefits and programs that address economic security.

Saving on premiums may cost more in the long run

Jesse Slome, executive director of the American Association for Medicare Supplement Insurance, a trade group, concurs. “At 65, you want the best. Sign me up for the free colonoscopy. My internist wants me to go for a test. If it is totally covered by Medicare, I’m there, baby,” Slome says. “By 65, you learn where to save and where not to save. At the end of the day, you aren’t going to save on your health care.”

Here are some things to think about when you are contemplating Medigap insurance and thinking about choosing Plan F.

Understand what you’re getting when you choose Plan F. Here’s a summary of what the various plans cover, as published on the Medicare website. With Plan F, the website Senior65.com calculates that you could save nearly $1 million in a single year of serious illness, compared to going without a Medigap policy at all.

Shop for price. If you go to Medicare.gov’s Find-a-Plan section and put in your Zip Code, you’ll see that there are an array of Medigap policies named Policy A through Policy N. All the plans with the same letter are required by the government to offer the same coverage, yet the prices vary greatly, depending on a variety of factors, including where you live. A good place to start is by figuring out the range of prices for Plan F in your Zip Code. There is no quick way to do that. Medicare lists the companies that sell Plan F in your Zip, but it doesn’t list prices. It is up to you to contact the companies that you are interested in or get an insurance broker to do it for you.

Investigate other customers’ experiences. Medicare doesn’t rate Medigap plans like it rates Medicare Advantage or Part D prescription drug plans. But service is a big issue, says Slome. So ask around. Find out what your neighbors think about a Medigap policy you’re considering. When they encounter a problem with Medigap coverage, how difficult is it to get the issue resolved?

Consider high-deductible Plan F. Medicare sells a a high-deductible Plan F that is priced in many places at less than $50 per month. But in order to claim under that plan, you must meet the deductible, which in 2016 is $2,180, not including the premiums. After that you get all the coverage of Plan F. This plan might work for you if you are generally healthy, but if you do the math, you’ll see that it might be hard to see much savings if you go to the doctor even for routine care.

Take a look at other Medigap plans. Plan G, for instance, covers everything that F does except that it doesn’t pay the annual Part B deductible, which in 2016 is $167. Often, Plan F and Plan G are only priced a few dollars apart and you won’t save anything at all choosing Plan G, but you never know without checking.

If you have two addresses, check the price at both. Medigap has to cover you wherever you seek health care. If you have a winter and a summer home, it might be cheaper to establish coverage at the place where the price is cheaper. For instance, it’s lots cheaper to buy insurance in Michigan than it is to buy it in Florida. And it is cheaper to buy in Florida than it is to buy in New York. Simpson says that the insurer can adjust your rate if you move full time to one location or the other, but they don’t always do it.

Switching Medigap plan letters is not always an option. “Some states have a more generous policy, but generally if you aren’t in that initial 6 months (of Medicare eligibility) or affected by one of 7 specific conditions (such as if your insurer goes out of business), you will be subject to medical underwriting,” NCOA’s Simpson says. That means you can be denied the right to change, charged more or subjected to pre-existing condition limitations. Simpson cited the experience of a woman she talked to recently whose insurer denied her the right to switch Medigap plans because she had a hospital visit related to a bout with the flu. “It was not a chronic issue. She got sick, got dehydrated and went to the hospital. The Medigap company was within the law to deny her the right to change. … So, picking the plan initially that you think you are going to need down the road is really pretty important,” she says.

Get good advice. You’re making a big decision. It doesn’t cost anything to use a broker, and Slome’s organization offers a referral service to brokers all over the country. For official help, in every state you can also contact either your state insurance department or get in touch with your State Health Insurance Assistance Program, or SHIP.

Medicare prods doctors to charge less for drugs administered in their offices.