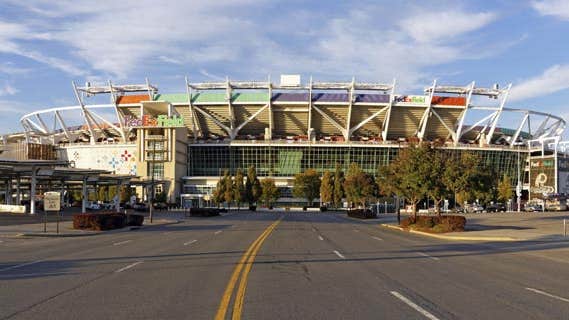 Is it just me or is the “life expectancy” of professional sports stadiums growing shorter and shorter? Here in the Washington, D.C. area, a much-derided stadium, which serves as home to an even more derided professional football team, opened only in 1997. But political leaders in the District of Columbia, Maryland and Virginia are virtually falling all over themselves to try to provide a shiny new taxpayer-funded home to the local NFL franchise, the Redskins.

Judging from the potential economic impact, there should be no rush to spike the virtual football when a franchise decides where to set up shop. Funding stadiums is a losing bet for taxpayers, according to an analysis from Ted Gayer, director of economic studies for the Brookings Institution. He says the often-projected economic benefits for surrounding communities fail to materialize.

In an interview for an upcoming Bankrate podcast, Gayer cites two main points why taxpayer-supported stadiums are a bad deal.

“If you look at the overwhelming amount of peer-reviewed academic literature on the effect of stadiums, sports stadiums in particular, you do not find that you generate much economic activity in the sense of revenues, tax revenues, jobs or anything like that,” he says.

Gayer’s research doesn’t look favorably upon local support for stadiums or federal tax subsidies that are provided to the teams themselves. “There is no reason that the whole nation should be subsidizing through our tax code the decision to build a stadium, wherever it might be,” he says.

Stadiums are pricey and certainly aren’t getting any cheaper.

Documents show that when the capital area’s current stadium was built outside the Washington Beltway under then-team owner Jack Kent Cooke in 1997, the total cost was $250 million. Of that, 28 percent, or some $70 million, was provided by the state of Maryland.

That’s a pretty huge chunk of change for a business that makes good money anyway. According to figures released last year by Forbes, the Redskins franchise was valued at $2.4 billion and had nearly $400 million in revenue the previous year. Since then, stadium costs have escalated to around $1 billion.

Elsewhere around the nation, Los Angeles is among cities vying for an NFL franchise. League owners have scheduled a meeting in August to hear presentations on competing proposed sites. At issue there is whether the St. Louis Rams might move to Southern California or remain in Missouri.

Some change in the air

Within both the NFL and the federal government, there are efforts to move the taxpayer-funding issue downfield, so to speak.

NFL Commissioner Roger Goodell recently announced that the league’s central office will end its tax-exempt status, following a similar move by Major League Baseball in 2007. The NFL teams are already taxed, but that’s a separate issue from the tax breaks given for stadium construction. The government support that helps build the facilities is typically generated through a variety of means such as grants, sales tax increases, taxes on rental cars, restaurants and hotel rooms and lottery proceeds.

Meanwhile, Brookings’ Gayer notes that President Barack Obama has proposed sacking the tax exemption provided for interest on stadium construction bonds. He says that would mean more than $500 million in additional tax revenue for the federal government, if Congress is willing to go along. Even if Washington does bridge its typical political differences, there’s no sign that local and state governments are ready to end the economic equivalent of cheering for NFL franchises.