Did you hear the one about the $100,000 smokestack? The undercover pie spy? The debatable therapeutic benefits of prostitution?

That’s right, it’s time once again for Bankrate’s annual top 10 crazy-but-true tax tales, downloaded via QuickBooks for the Soul software from the seasonally overcooked psyches of actual certified public accountants, some of whom, quite understandably, requested anonymity.

Our previous excursions into the foggy forest of dubious tax deductions uncovered everything from tricked-out Amish buggies, generous sperm donations and $35,000 in dance lessons to more exotic schemes, including the disc jockey who deducted his dog as a dependent, the shopkeeper who tried to write off an arsonist and the man who accidentally took Manhattan as a deduction.

We present this year’s cautionary tales with the usual warning: Do not try to slide suspicious deductions by the Internal Revenue Service. Serious consequences may result if you fail to file, falsely file or otherwise fudge the numbers on your annual return.

When tempted, remember: The road to taxpayer perdition is paved with disallowed deductions. Submitted for your amusement: Bankrate’s 10 craziest tax deductions, 2013 edition. 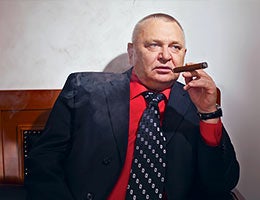 In some parts of New Jersey, it helps to know a guy who knows a guy. But in the tiny rural community of Somerset, CPA Brian D. Levine was shocked and a bit offended to be mistaken for a connected guy.

“I had a potential client come into my office; he had a manufacturing facility and was in the middle of an IRS audit,” Levine recalls. “I looked over his records and examined the issues and told him I could take him on as a client.”

Then, as he often does with prospective clients, Levine asked what it was about his practice that had captured the businessman’s eye.

“Well, I see your name is Brian Levine,” the guy says. “The IRS auditor is named Mrs. Levine. I was hoping you were related.”

“I assured him we are not related and that if we were, I could not take him as a client, as that would break conflict-of-interest ethical rules,” Levine says. “He hired our firm anyway.” 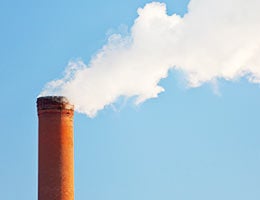 Charitable giving ranks as the noblest of tax deductions. Whether we donate food, clothing, cash or a vehicle that has outlived its sell-by date, the IRS will reduce our income to a more tolerable taxable level, so long as we itemize our giving on Schedule A, preserve documentation for gifts more than $250 and donate to a qualified tax-exempt organization.

But a Texas CPA recalls one client who proved that even with charitable giving, everything is bigger in Texas.

“I had a client who had purchased an old building in order to acquire the lot so he could turn it into a parking lot,” the CPA recalls. “The building had a huge smokestack attached that had become a local landmark. The city said that, if he would leave the smokestack standing and deed it to them, they would consider it a charitable donation.”

Much to the developer’s surprise, they weren’t just blowing smoke.

“He gifted that smokestack to the city, and the IRS accepted it as a donation in excess of $100,000,” the CPA says. “And because there is a limit on charitable donations, his gift resulted in a carry-over.”

The gift that keeps on giving, Texas style. 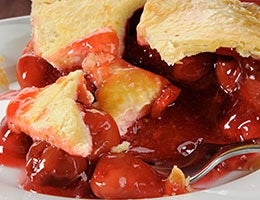 Meals really are the tastiest tax deduction, aren’t they?

While the IRS allows certain taxpayers (think business owners) to deduct 50 percent of their business and travel meal expenses, it’s hardly a dunkin’ deduct, given the numerous IRS requirements.

Nonetheless, previous crazy tax roundups have included a proud father who tried to write off a $50,000 wedding as a business meeting and a traveling salesman (and future cardiology patient) who ate two-thirds of his meals at Hooters with zero recall of which clients he’d schmoozed.

Add to the menu this delectable morsel from a San Francisco-area CPA.

“I had a client who had a small chain of pie stores. One day, he said that going out to lunch was always a tax dilemma because he didn’t know if he should charge the cost to meals or to (research and development). He said that he always ordered pie at lunch and tried to analyze the ingredients for a possible addition to his menu,” the CPA relates.

While the IRS allows a full deduction for research and development-related expenses as opposed to the 50 percent business meal write-off, Simple Simon would have to turn up with something more substantial than crumbs on his cashmere to pass the sniff test.

“I told him it should be meals,” the accountant says.

What would the Grateful Dead do? 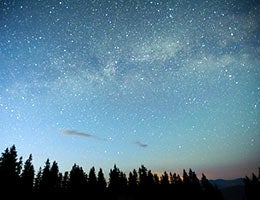 Working folks breathed a sigh of relief in January when Congress addressed the “fiscal cliff” crisis by passing the American Taxpayer Relief Act of 2012, which among other things removed the specter of the dreaded alternative minimum tax, or AMT, for tens of millions of middle-class taxpayers.

The AMT, aka the “millionaire’s tax,” was enacted back in the President Richard Nixon era to close tax loopholes for the wealthy. Because it was not tied to inflation, however, this separate — and by design more costly — tax system grew to snare millions of taxpayers for whom it was not intended, forcing Congress to pass a series of “patches.”

The American Taxpayer Relief Act finally made the patch permanent and tied the AMT to inflation.

While few taxpayers actually understood why they were being transported into this parallel tax universe year after year, CPA Edward Mendlowitz of WithumSmith+Brown in New Brunswick, N.J., recalls one taxpayer who seemed strangely drawn to the idea. The taxpayer’s comment highlighted the fact that some don’t really understand the spirit of the AMT.

“A client with an alternative lifestyle wanted to know how to maximize the alternative minimum tax,” he says.

BTW, keep this on the QT from the IRS 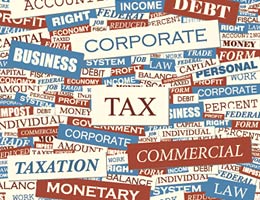 The tax world is chock-full of acronyms: AGI, or adjusted gross income; COGS, or cost of goods sold; MFJ, or married filing jointly; RMD, or required minimum distribution, and on and on.

But Martinsville, N.J., CPA Gail Rosen was stumped when a new client requested a conference to discuss his tax extension and “SWAGs.”

“I immediately started asking my staff what a SWAG is, as I’d never heard of that tax term in my 30 years in the business,” Rosen recalls. “With him being a local attorney, I was a bit nervous that we weren’t aware of what a SWAG transaction was.”

Following a fruitless search, Rosen was forced to admit to the barrister that she was unfamiliar with that particular tax shorthand.

“He chuckled and said, ‘Do you know what SWAG stands for? Speculative wild-a– guesses!'” she says. “At least he made me laugh on April 11!”

And I volunteer at a sleep clinic! 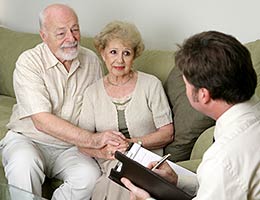 Accountant Gregg Wind of Wind & Stern CPAs in Los Angeles has many professional clients for whom time is money. Unfortunately, when they donate their time and want to deduct it at their billable rate, he’s forced to break the bad news.

“Lawyers will say, ‘I spent a week volunteering at a community center and I provided free legal work. Can’t I take a deduction for a charitable contribution?’ Unfortunately, we can’t write off ‘donations’ of our time,” Wind says.

Still, there is a consolation prize.

“We can write off mileage to and from performing charitable services and the cost of supplies or other items that we may have purchased, such as pads of paper and pens to take to the volunteer event.”

But billable hours? Forget it. 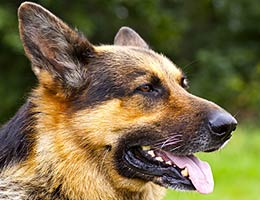 Businesses can often deduct all manner of legitimate security expenses, from gatekeepers and guards to closed-circuit TV and laser detection systems. But the IRS remains skeptical when man’s best friend enters the picture, as one Texas CPA found out the hard way.

“We had a client who had rental properties and he always had quite a bit of security expense on the tax returns,” the CPA recalls. “We did not realize it was a dog; we thought it was security systems that he had installed at each property. Evidently he would move this dog to different properties. In this guy’s mind, the dog was providing the security that he needed on these properties.”

Unfortunately, after deducting his mobile, four-legged security system for several years, the truth came out during an IRS audit.

“It turns out that his ‘security expense’ was his dog and all of the dog food and veterinarian expenses,” the CPA says. “Even though the dog was technically providing security, it was not something the IRS allowed.”

But he’s handy when the tax bill comes 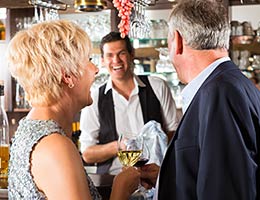 Levine, the New Jersey CPA, is used to fielding tax questions at social functions, but he wasn’t prepared for what he learned when dining out with friends one evening.

“I was talking to a gentleman I didn’t know at the time, and the conversation turned to our occupations,” Levine recalls. “I told him I’m a CPA and he said, ‘Oh, a CPA! I have a question for you. Can I deduct commuting expenses to my job?'”

I asked a few questions and found out he just went back and forth to his regular place of employment as an employee. “No, sorry,” Levine informed him. “Your commuting expense is not deductible.”

“Oh no,” the man replied. “I hope I don’t get audited. The bartender who does my taxes said I could deduct it.”

“You don’t come to me when you want a drink,” he advised the gentleman. “Perhaps you shouldn’t go to a bartender to get your taxes done.”

Wait! The Pacific Ocean is nearby, too! 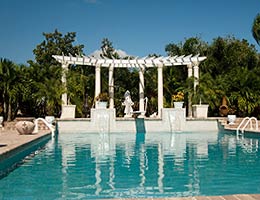 We’ve heard some whoppers over the years involving attempts to justify a tax deduction for a new swimming pool, but this seemingly rational one from the client of a Northern California CPA quickly headed off the rails.

“My sweet, gray-haired client wanted to deduct a swimming pool because her doctor had prescribed daily swimming to rehab her knee,” the CPA recalls. “I told her she’d need a letter from the doctor and an appraisal to see how much her house had increased in value because of the pool, since tax law says you reduce the medical deduction by the increase in the home’s value.”

The elderly client gave that some thought, then replied that an appraisal wouldn’t be necessary because it was an above-ground pool.

End of story? Not quite.

“She went on to say that besides that, the pool was in her son’s backyard and he also had a bad knee,” the CPA chuckles. “I didn’t ask if her grandchildren had inherited the family knee problems.”

Can’t you get them over the counter? 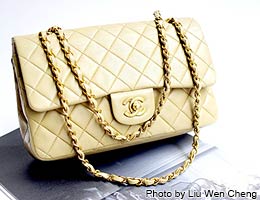 Finally, lest any installment of our craziest tax tales lack for a working girl story, New Jersey CPA Martin Abo obliges with one he spotted in the U.S. Tax Court files.

In the case of William G. Halby v. Commissioner of Internal Revenue, the court denied an attempt by a retired New York lawyer to claim more than $100,000 in payments to prostitutes and the purchase of pornography as medical expense deductions.

The judge observed, “Petitioner did not visit these prostitutes as part of a course of therapy prescribed by his doctor, nor did petitioner ask his doctor to prescribe any sort of sex therapy.”

In his defense, the appellant referenced book and magazine articles about the positive health benefits of sex therapy and argued that he should be allowed a deduction, despite the illegality of his conduct and absence of a prescription for prostitutes.

“I was telling a divorce attorney colleague about this case,” Abo recalls, “and she told me that, under that theory, she should be entitled to deduct her Chanel pocketbook for the, uh, satisfaction she receives from owning and carrying such.” 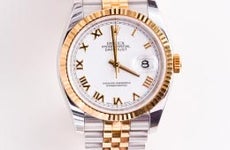 Getting the most from itemized deductions 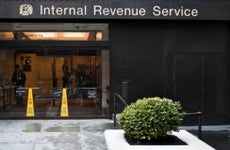 What the IRS doesn’t want you to know