Oversharing on social media can cost you 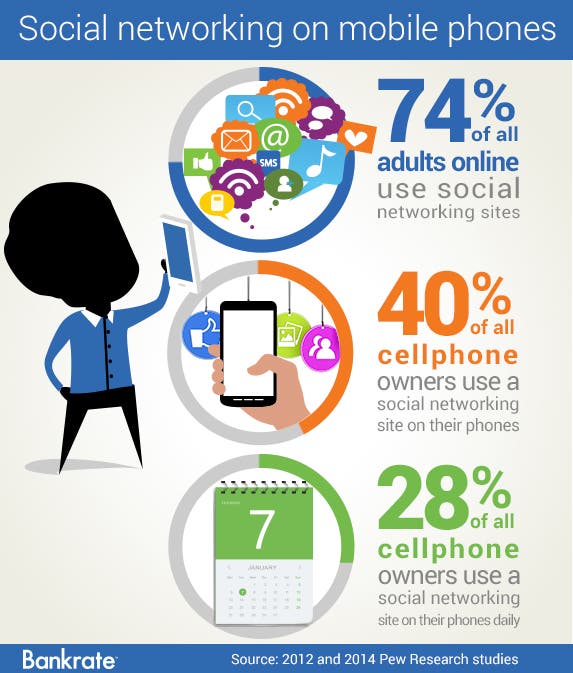 Public figures like Anthony Weiner, the former congressman who was felled by a sexting scandal, know all too well what it feels like to run into the buzz saw that is social media.

But what if you’re not famous? Oversharing information or images on Twitter, Facebook or Instagram likely won’t result in a headline-grabbing controversy, but it still could wind up costing you plenty of money.

“Online reputation management and mitigation companies are a booming business because people just can’t stop posting things they shouldn’t, which often have long-term negative effects on their personal and professional lives,” says Robert Siciliano, an online security expert for McAfee.

With smartphones giving users the ability to post to social media no matter where they are or what they’re doing, avoiding oversharing may be harder now than ever. Here are some of the potential consequences.

Jeopardize a current or future job

When you’re angry at your boss, it might be tempting to pull out your phone and shoot off a blistering Facebook update. But doing so could jeopardize your career, human resources consultant Brenda Vander Meulen says.

It also might be tempting to post pictures of your night out. But use common sense, Vander Meulen says.

Kelly Kolb, an employment attorney at law firm Buchanan Ingersoll and Rooney in Fort Lauderdale, Florida, cites the story of one employee who emailed his boss that a family emergency would prevent him from coming to work. He was fired after the boss saw the employee on Facebook clad in a fairy costume and swigging a beer at a party the very same day.

But exactly when an employee can be called on the carpet or even canned over a social media post isn’t clear-cut. The National Labor Relations Board has sued employers for firing employees who’ve taken to social media to complain about poor working conditions, Kolb says.

John Lincoln, who teaches about social media at the University of California, San Diego, says many colleges and universities are examining their social media policies in the wake of tragedies like the recent slayings near the campus of the University of California, Santa Barbara. He says schools are walking a fine line between not “overly” censoring students on social media and shielding students and the schools from dangerous behavior online.

“Anything posted online can leak. So generally it is a good policy to conduct yourself on social media just as you would in a similar group and context in the real world,” Lincoln says.

These days we post just about everything on social media, but there are hidden financial dangers that you need to be aware of.

Career trouble is just one example of how badly managing your social media accounts can hit your pocketbook. You should take down any questionable pictures you have or make your profile private. And think twice before posting anything negative about your employer. Companies often monitor mentions of their brand on all social media platforms.

You also need to be smart about the information you make available on social media. Your public Facebook profile with your address, and parents’ names, and pictures of your dog Fluffy, often provide answers to security questions that identity thieves will use to hack into your bank accounts. And don’t accept friend requests from people you don’t know in real life --this isn’t a popularity contest.

Remember, just because a social media site wants your information, doesn’t mean you have to give it. And above all else, just use common sense.

Treading carefully online should start even before you step foot on campus. According to a 2013 survey by Kaplan Test Prep, more college admissions officers than ever are conducting Google searches of applicants (29 percent) or are visiting the applicants’ social networking profiles (31 percent).

Get you in legal trouble

In 2011, Snay reached an age-discrimination settlement with his former employer, Gulliver Preparatory School. Attached to the settlement was a confidentiality agreement. However, the school yanked the bulk of the settlement — $80,000 — after Snay’s college-age daughter bragged about the deal to her more than 1,200 Facebook friends. In February, a Florida appellate court sided with the school.

Bottom line: An ill-timed post on social media could end up being used against you in civil, or even criminal, court.

Increase your risk of fraud

According to the U.S. Bureau of Justice Statistics, an estimated 16.6 million Americans were victims of identity theft in 2012 alone. Financial losses for these victims added up to $24.7 billion.

For identity thieves, social media is a hunting ground for targets’ personal information.

Becky Frost, consumer education manager for Experian’s ProtectMyID service, says even something as seemingly harmless as your dog’s name or your mother’s maiden name can compromise your bank or credit card accounts. How? Those names might be part of your bank account’s security questions or passwords.

Aside from identity theft, social media can spark financial trouble in other ways. For example, insurance companies have rejected claims based on assumptions they’ve made after seeing photos on a policyholder’s social media account, says Rip Mason, executive chairman of the board of LegalShield.

So how do you ensure you’re as safe as possible on Facebook, Instagram and other social media networks?

1. Lock down your social profiles: According to NextAdvisor, 30 percent of Facebook users don’t have their profiles set to “private.” That’s an open invitation for an identity thief to steal your personal information, or for a prospective employer to poke into your past.

“If you share too much information on a social network, you could make it possible for someone to collect enough information to be able to take over one or more of your email, social networking or financial accounts,” Mason says.

2. Be careful with online quizzes: These popular and fun quizzes that ask questions like “Which Golden Girl are you?” may pull information about you, your life and your interests.

“That information may be used to guess login information and answers to security questions for other online accounts,” Mason says.

3. Beware of “likes” or “favorites”: If you “like” or “favorite” your bank, credit union or credit card issuer, someone could contact you by email under the guise of representing that institution and feed you a story about why the institution needs your username and login information.

“If you fall for it, they likely will steal the money from your account,” Mason says.