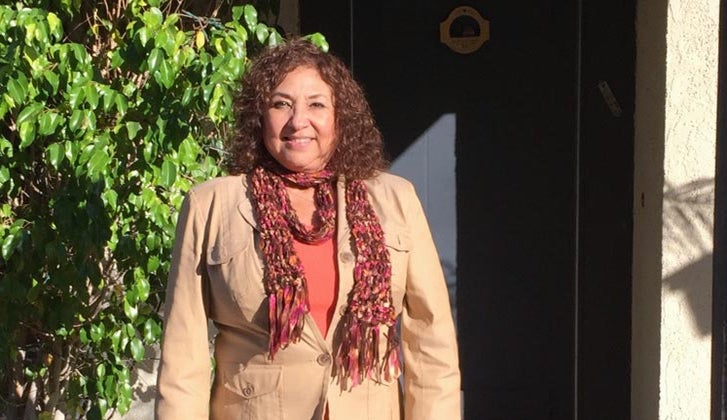 Before Lisa Mayo got a reverse mortgage loan, she did her homework, just as you might be doing.

She is 68 and got a reverse mortgage loan four years ago on her Tudor-style house in West Covina, California.

Mayo is glad she got a reverse mortgage loan, and there are some things that she thinks you should know before you get one.

Why she got a reverse mortgage loan

“It wasn’t so much for my living expenses; it was more for the things that I wanted to accomplish with my life,” Mayo says.

She is an actor, producer, director, writer and teacher, and wanted to keep pursuing those passions.

“I really wanted to continue with my plan to help kids and to be able to produce shows and pay the actors who come in and help me with what I wanted to do when teaching teens and young adults.”

She took a lump-sum reverse mortgage loan and “put my money away so I can do other things with it. If I wanted to produce a show, then I could take my money out that way.”

“I like to allay those concerns upfront,” Coffin says. “There aren’t really any restrictions” as long as you live in the house and pay property taxes and homeowners insurance.

“We want to make sure the seniors understand that once they get the reverse mortgage loan, just as if they had gotten a cash-out refi or a home equity line, not to go spend all of those proceeds in a discretionary way,” Jahangiri says. “It’s not to go get five trips to Europe or go to Las Vegas and blow the money.”

Mayo was the sole borrower.

She has a daughter, who doesn’t want to own the house one day.

“I knew that my daughter would not live in my house, and what was the point of me having this house if she was not going to live in it? So I thought, well, instead of her spending my money, why don’t I spend my own money?” she says with a laugh.

I knew that my daughter would not live in my house. … I thought, well, instead of her spending my money, why don’t I spend my own money?

That conclusion was informed by her volunteer work for hospice. She “realized that all those things that all these people that are passing on are cherishing, are no value to anybody else other than the person that’s passing on.”

Reverse mortgage loan lenders say it’s a good idea to involve your offspring, even before applying for the loan.

“We encourage everybody who is involved in the process to bring in everyone involved,” says Paul Fiore, executive vice president of sales for AAG.

Mayo has friends in their 80s and 90s, and when the subject of reverse mortgage loans comes up, “I just want them to go for it — to go ahead and use the money if they want to travel or if they want to do things,” she says.

“Live in the now. Don’t save it for somebody else who’s not going to really value or appreciate it.” 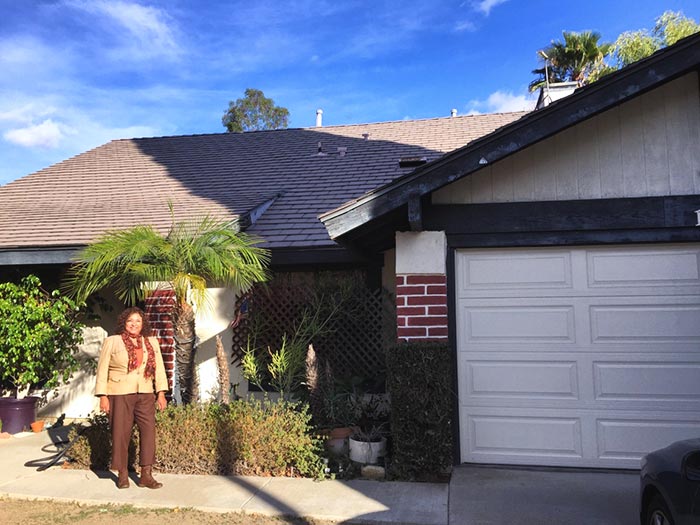 When her friends say they don’t have enough money to do what they want, “I go, like, ‘If your house is paid for, or you’ve only got a few more dollars to pay it off, just go ahead and not worry about paying the house anymore. Just as long as you pay your insurance and your taxes, then use that money for something else.”

Again, her volunteer work for hospice guides her philosophy about seizing the day. “The last thing that anybody should ever do is regret what they haven’t done, and just leave it for their children.”

Once you get a reverse mortgage loan, here’s Mayo’s advice: “Not to spend it all in one place.”

“I wanted to make sure I was making the right decision, for one thing, and my fear was that somebody would take away my house,” she says. “What if I got sick and my daughter wouldn’t be able to pay it? So those were the concerns that I had. And he kept reassuring me. I admired him so much because he was so patient with me, and so very kind.”

I admired (the loan officer) so much because he was so patient with me, and so very kind.

She completed the required housing counseling.

It didn’t make a strong impression: She thinks the counseling was conducted over the phone. Her memories of the conversations with the loan officer are more vivid.

Having the reverse mortgage loan

The proceeds of the reverse mortgage loan continue to give Mayo the flexibility to produce plays for teens and young adults on the subject of domestic violence.

And she gets to remain in her home.

I love coming into my house and saying, ‘This is mine.’
Related Links:
Related Articles: