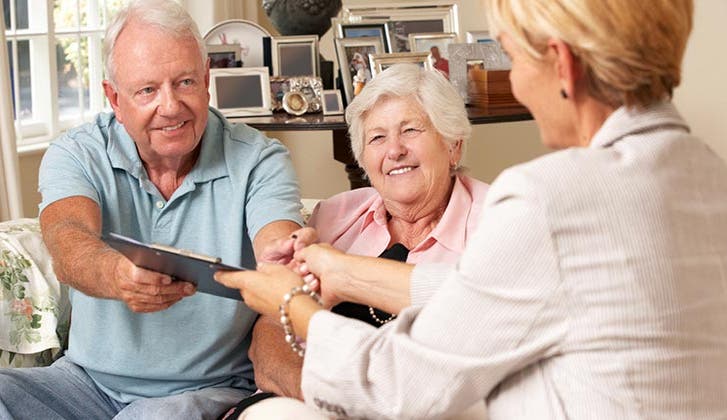 With 2 of the nation’s largest banks out of the reverse mortgage business, many homeowners who are cash-poor and equity-rich wonder if they can still get reverse mortgages.

The short answer is yes. They’ll just have to look beyond the branch next door, says Jim Cory, senior vice president at Live Well Financial in San Diego.

If you’re shopping around for a mortgage, search for the best rates at Bankrate.com.

Wells Fargo abruptly stopped offering reverse mortgages in late June 2011. In February of that year, Bank of America pulled out of the reverse mortgage market. A month earlier, Financial Freedom exited the business. Together, the 3 lenders had accounted for nearly half of reverse mortgage originations.

Reverse mortgages offer homeowners who are 62 or older the opportunity to convert their home equity into a loan that doesn’t require monthly payments. In reverse mortgages, lenders don’t get paid until the homeowner dies or sells the house, but owners are obligated to keep property taxes and insurance current or the lender can foreclose. Most reverse mortgages are insured by the Federal Housing Administration under a program known as the Home Equity Conversion Mortgage, or HECM.

Why banks wanted out of reverse mortgages

Bank of America says it quit offering the loans because reverse mortgages aren’t part of its core business. Wells Fargo says its decision was based on falling home values and challenges in assessing the homeowner’s ability to keep up with taxes and insurance obligations. Industry observers say the lenders quit because foreclosing on senior citizens hurts the banks’ reputation. And given that reverse mortgages represented a small portion of the lenders’ business, their reverse mortgage operations weren’t worth the risk, time, money and effort they had to spend to keep up the operations and comply with regulations.

Despite the latest departures, many lenders still offer reverse mortgages and they haven’t had a problem filling the gap since the top players got out of the game, Cory says.

“It’s a competitive industry, and there are plenty of other lenders that have picked up the additional volume,” he says.

American Advisors Group is the top reverse mortgage lender in terms of dollar volume, according to the latest report by Reverse Market Insight. Other lenders active in the reverse mortgage arena include One Reverse Mortgage, a company owned by Quicken Loans, Liberty Home Equity Solutions Inc., and Home Point Financial Corp.

Borrowers can also find many local mortgage brokers and local, small lenders who specialize in reverse mortgages. Referrals and the Internet are the easiest way to find them, but be wary of potential scams.

What if other lenders want out?

If anything, Wells Fargo and Bank of America’s departure will serve as an incentive for other small lenders to get into the reverse mortgage business, says Peter Bell, president of the National Reverse Mortgage Lenders Association.

“The departure of the largest companies may broaden the number of lenders (offering reverse mortgages) in the long run,” Bell says.

The biggest threat to the availability of this type of loan would be if HUD eliminated or reduced the program, or drastically changed the rules. A HUD spokesman says that is not the plan.

“I had 3 calls yesterday from people wanting to see if they can do a reverse mortgage, and I couldn’t help any of them because they were upside-down,” he says.

To qualify for a reverse mortgage, homeowners are required to have at least 30% to 40% equity in their homes, depending on their age, Shoob says. Upfront costs are generally high, though they can be financed into the loan.

Your credit score is key to getting a good mortgage rate. Get your score for free at myBankrate.

All applicants are required to consult with a HUD counselor before they take out a HECM loan. To find a counselor near you call (800) 569-4287.