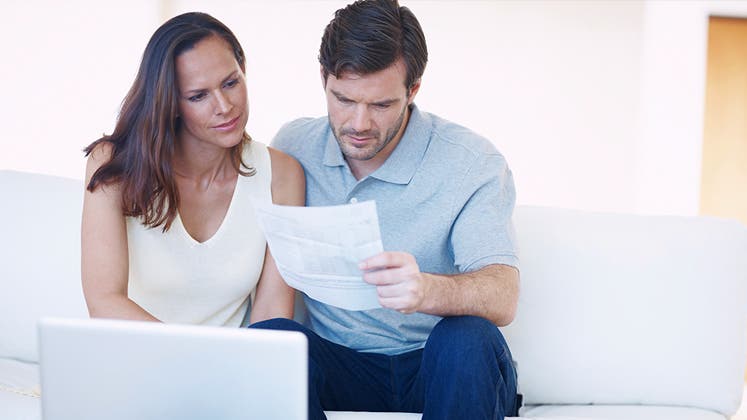 Worker beware: Your employer may want to kick your husband or wife to the curb.

Spousal coverage has become a target for employer health insurance plans looking for ways to cut back. And the companies hanging on to this coverage want spouses to have more skin in the health care game.

Cuts planned by most employers

By 2018, more than half of employers are planning to “significantly” cut what they chip in for insuring spouses and dependents, according to a survey by human resources consulting firm Towers Watson.

Some larger companies are going even further. At least 7 percent refuse to provide health insurance for spouses who have another coverage option, such as through their own employer, says Mercer, another consulting firm.

A prominent example of an employer curtailing spousal health coverage is UPS Inc. In 2014, the shipping service stopped offering health insurance to employees’ spouses who had access to coverage at their own jobs.

“Limiting plan eligibility is one way to manage ongoing health care costs, now and into the future, so that we can continue to provide affordable coverage for our employees,” UPS said in a memo.

Is Obamacare to blame?

UPS said its decision was a response to costs related to the Affordable Care Act, the Obama administration’s health care law. But the trend is older than Obamacare, says JoAnn Volk, a senior research fellow and project director at Georgetown University’s Center on Health Insurance Reforms in Washington, D.C.

“Before the ACA, there were a lot of employers that would not extend coverage to spouses if they had an offer of coverage through their own employer,” she says. The health care law doesn’t require employers to cover husbands and wives in their health insurance plans, she adds, just dependent children.

If you and your spouse have to enroll in separate coverage, the issue emerges of juggling more than one health plan in the household, Volk says. “It’s an extra financial burden on that family to pay those premiums, but also, maybe even more importantly, all those deductibles to meet before you get (full) coverage.”

Spousal surcharges for some workers

While some employers are cutting spending on spousal coverage and a few are dropping spouses who can sign up for their own company health plan, other employers are imposing a surcharge when a spouse has access to coverage elsewhere.

“You’ve probably got a good 8 to 10 percent of employers that have done that,” says Paul Fronstin, director of health research and education at the Employee Benefit Research Institute in Washington, D.C.

Towers Watson’s survey found that about a third of employers use these spousal insurance fees, a rate that will rise to more than 60 percent in three years.

How do companies know which spouses to drop or hit with surcharges? In other words, how do they know if an employee’s husband or wife has a job that would provide health insurance?

“They rely on the worker honor system,” Fronstin says.

Companies say that insuring spouses costs too much, Fronstin says. However, when a business reduces spousal coverage, it’s “not that clear-cut that it’s going to save an employer money,” he adds.

Why not? If more companies make these moves, employers could end up spending more to cover workers who were previously receiving coverage as a spouse on another health plan, Fronstin explains.

Some experts predict that companies will eventually eliminate spousal health coverage altogether, even for husbands and wives who don’t have their own employer health insurance to turn to.

That wouldn’t necessarily be a bad thing, because those spouses might be able to obtain subsidized health plans through the Obamacare exchanges, says Deborah Chollet, a health insurance research leader at Mathematica Policy Research in Washington, D.C.

“To some extent, families actually could be better off,” she says.

But while Obamacare plans may provide a “safety valve” for Americans who need health insurance, workers and their spouses still favor job-based coverage, says Lynn Quincy, associate director of health reform policy for Consumers Union, the policy and advocacy arm of Consumer Reports in Washington, D.C.

“Consumers have a preference for coverage from their employer, and they’re not ready to give that up,” she says.

It makes good business sense for companies to extend health insurance to their employees’ mates, says Fronstin. So, even though many employers have been tightening their belts, dramatic changes in employer health benefits aren’t likely.

“I don’t see employers heading to the doors on spousal coverage,” he says.