There’s also a northern bent to the cities with the best credit scores, although the west is best. The San Francisco Bay Area has the highest average credit score among major metropolitan areas (746). Minneapolis/St. Paul is next (744), followed by Boston (742) and Long Island, N.Y. (739). California holds the final seat in the top five with Orange County (738). Nationally, the average FICO Score is 716.

Generally speaking, a credit score of 740 or above is considered to be excellent. Even though the FICO scale runs all the way up to 850, once you’ve hit the mid-700s, you should have the best approval odds and you should be able to qualify for the lowest interest rates on loans and lines of credit. Lenders don’t usually distinguish between, say, a credit score of 770 versus 800 versus a perfect 850.

While credit scores between 670 and 739 are typically viewed as “good,” there are important distinctions within this broader range. As this FICO chart indicates, someone with a 670 credit score could expect to pay 6.349 percent for a 30-year fixed-rate mortgage. On a $300,000 loan, that equates to a monthly principal and interest payment of $1,867.

If you’re able to gain another 20 points, to 710, then your rate is an estimated 5.958 percent (a monthly payment of $1,791 in this example). And if you’re able to qualify for the best rates with a credit score between 760 and 850, your monthly payment might be just $1,748, which could save you $42,840 over the life of the loan when compared with the rate charged to someone with a 670 credit score. This helps illustrate why your credit score is one of the most important numbers in your financial life.

How to build and maintain a strong credit score

In general, establishing and keeping a top-notch credit score requires long-term discipline. It’s a marathon, not a sprint. Seek to pay your bills on time, keep your debts low and demonstrate that you can successfully manage various types of credit over the long haul. That said, there are some things you can do to improve your credit score relatively quickly.

My favorite tip is to lower your credit utilization ratio. That’s the credit you’re using divided by the credit available to you. It’s typically calculated on your statement date, so you might have a high utilization ratio even if you pay your bills in full and avoid interest.

While it’s often recommended to keep this ratio below 30 percent, in reality, it’s more of a sliding scale. FICO says people with the best credit scores often keep their credit utilization below 10 percent. That’s better than 30 percent, which is better than 50 and so on.

A credit utilization ratio higher than 70 percent is especially harmful; FICO reports that about 15 percent of all U.S. adults use that much of their available credit. Only 11 percent are doing so in Minnesota, Vermont and Wisconsin, which surely contributes to their placement at the top of the state-by-state rankings. Making an extra mid-month payment and/or requesting a higher credit limit can help keep your credit utilization ratio down.

Another good way to quickly bump up your credit score is to sign up for an alternative credit monitoring service such as Experian Boost or eCredable Lift. These bring information into your credit reports that hasn’t historically counted, such as certain rent payments, streaming services and utilities. Experian says the average Experian Boost user improves their score by 13 points.

One more idea is to get added to someone else’s credit card account as an authorized user. For example, if one of your parents adds you to their account and they use it responsibly, that positive behavior can transfer to you. Negative information can hurt, so tread carefully. But done correctly, this can be a useful tactic to jumpstart your credit score, especially if you’re relatively new to the credit scoring world.

While the average credit score has been stable in recent years, storm clouds are gathering. Americans’ total debt balances have increased by about 8 percent over the past year, according to the New York Fed. Credit card balances are up a record-high 15 percent during that span and the average credit card rate is at its highest point since we began tracking in 1985. Delinquencies are starting to rise on various financial products, too — especially car loans.

There’s really only one place for the unemployment rate to go from here (which is up), and there’s about a two-in-three chance of a recession in 2023, according to Bankrate’s latest survey of leading economists.

I don’t mean to be alarmist, and I should note that there’s a good chance this recession (if it happens) will be relatively mild (especially compared with the double-digit unemployment rates we endured in 2009 and 2020).

Still, it’s an especially good time to practice fundamentals such as boosting your emergency savings and paying down debt, especially high-cost debt such as credit card debt. These good habits will help keep your finances on track and bolster your credit score in good times and in bad. 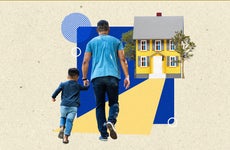 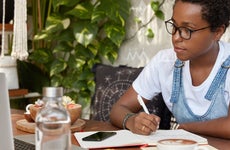 What is considered a fair credit score? 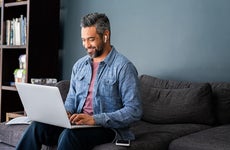 Average credit scores rose in 2021, though some cities and states fared better than others 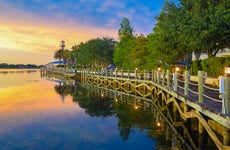