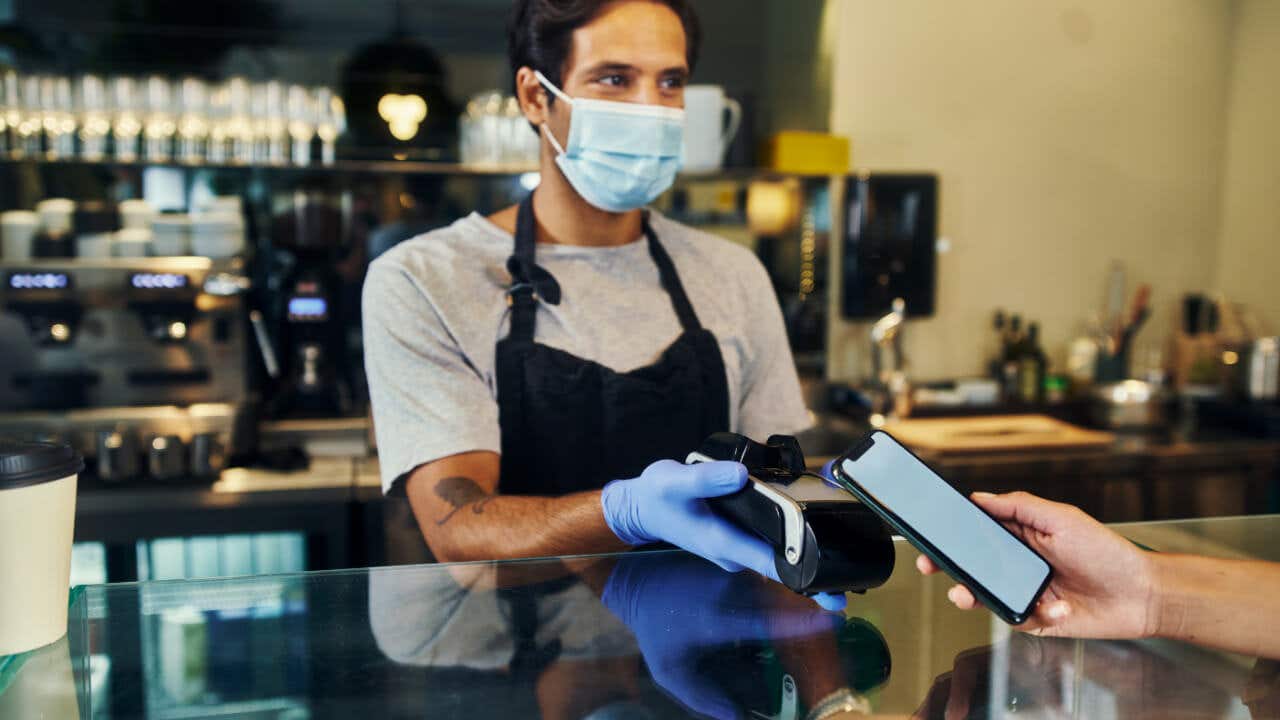 I haven’t been to a bank branch or ATM in 105 days and counting. I withdrew $40 in cash in early December and it hasn’t run out yet. It’s no secret that cash usage has been declining for years. But I still feel like something has changed during the pandemic.

I’m in my mid-30s, which makes me an older millennial. I’ve had a credit card since I was 18 and I’ve long preferred transacting with cards. But this isn’t a story about the difference between digital natives and people who grew up in a cash-centric world and still prefer good old fashioned greenbacks.

What I find really interesting is that some businesses used to force me to pay with cash, and that experience has almost entirely disappeared over the past year. The only place I frequent that does not accept cards is my favorite local Chinese restaurant. I used to run into this a lot more.

Now I pay for my daughter’s horseback riding lessons via Venmo. I also recently used Venmo to buy Girl Scout cookies and to contribute to a kindergarten class gift. My town accepts electronic payments for property taxes and water bills. The two most recent home repairmen I encountered both took cards. The vendors at our local farmers’ market all seem to have card readers now. It wasn’t long ago that I needed to use cash or a check in all these situations.

The Federal Reserve’s latest Diary of Consumer Payment Choice was conducted in 2019. It revealed that Americans used cash for 26 percent of all payments. Cash was most prevalent for small purchases (47 percent of payments under $10). Debit cards comprised 31 percent of all payments and credit cards came in at 24 percent. Electronic payments (defined as bank account number payments, online banking bill pay and services such as PayPal) were at 11 percent and checks came in at 5 percent. From 2016 to 2019, cash fell from 32 percent to 26 percent and checks declined from 7 percent to 5 percent.

What about the unbanked?

Even though this group is shrinking, it still comprised 5.4 percent of all American households in 2019 (down from 6.5 percent in 2017, per the FDIC). Some cities and states, including New York City, San Francisco, Philadelphia, New Jersey and Massachusetts, have passed laws protecting consumers’ ability to use cash.

But just because cash is allowed doesn’t mean consumers want to use it. Contactless payments—tapping a card or phone at the point of sale—have risen substantially during the pandemic. Mastercard says 79 percent of global consumers are now using this technology, citing safety and cleanliness as key drivers. The U.S. has been slower than many other countries to jump on the contactless bandwagon, although that’s changing. Visa found contactless usage in the U.S. exploded 150 percent from March 2019 to July 2020. And American Express reports 58 percent of Americans who have made a contactless payment are more likely to use contactless payments now than before COVID-19.

Does this mean we’ll be a cashless society?

While I don’t expect cash to entirely disappear anytime soon, we’re moving more in that direction. The unbanked population is declining. Many people are using prepaid debit cards and apps such as Venmo and Cash App as substitutes for traditional financial institutions. It has gotten easier to tip via cards and apps. Those desiring privacy can opt for cryptocurrencies instead of cash. Even senior citizens are becoming more tech savvy. And many new habits have formed as a result of the pandemic.

What’s really going to drive the movement away from cash is more consumer demand for—and access to—cards, bank accounts, financial apps and other digital alternatives. Contactless factors into this, but it’s not the primary driver. Going cashless isn’t about switching from dipping a card to tapping a phone. It’s taking a transaction that used to be made with cash and making it digital.

The ease and speed of contactless could help here—consider a busy coffee shop or sandwich shop that’s trying to move the line. But as I’ve seen in my personal experience, the biggest difference occurs when merchants who used to only take cash and checks decide to start accepting cards and mobile payments. That transition is accelerating.