Skip to Main Content
5 minute read Published October 10, 2022
Written by
Andy Shuman
Written by Andy Shuman Contributor
Andy Shuman is a contributing writer to Bankrate. He is a New York-based freelance writer with strong expertise in consumer credit and travel loyalty programs.
Andy Shuman
Edited by
Liz Bingler
Edited by Liz Bingler Associate Editor
Liz Bingler is an Associate Editor for CreditCards.com and Bankrate, where she focuses on product news and reviews. As an editor, her goal is to produce content that will help people to make informed financial decisions.
Liz Bingler

The credit card industry has come a long way since John Biggins launched the Charg-It card, which could only be used within a two-block radius of Flatbush National Bank in Brooklyn, New York. Initially, credit cards were just a convenient way of paying for goods and services. Then came consumer protection benefits, cash back and travel rewards, and the industry was never the same again.

Today’s competition — fueled by higher-than-ever consumer expectations — thrusts issuers into finding the next big thing (or things) that could attract even more eyeballs. Here are some credit card industry trends we’re anticipating in 2023.

Buy now, pay later (BNPL) is hardly a new concept, but it’s been growing rapidly in popularity. According to Insider Intelligence, “over one-third of [U.S.] consumers have used a BNPL service. Additionally, the “BNPL industry will rack up $680 billion in transaction volume worldwide in 2025.”

BNPL is not without risks, however. While it used to be a helpful tool for purchasing big-ticket items, today consumers have the ability to use BNPL to buy multiple items, increasing their risk of falling behind on payments.

“BNPL and how [it] compete[s] with traditional credit cards was a hot topic at CardCon [the Conference for Credit Cards and Consumer Credit Media] this year,” says Jason Steele, credit card expert and CardCon producer. “There are many ways that BNPL can hurt consumers. In fact, there are now card issuers that won’t even accept BNPL transactions.”

Leisure travel is roaring back, but business travel is lagging behind

After a two-year hiatus, people are traveling again in record numbers. (The hospitality industry doesn’t call it “revenge travel” for nothing.) To further encourage this phenomenon, many travel card issuers have been offering rewards like sky-high welcome bonuses and elevated perks.

But there’s a problem. While business travel is trending upward, too, it’s still nowhere near 2019 levels. According to Skift, the Global Business Travel Association (GBTA) doesn’t expect a complete recovery until 2026.

Steele agrees. “Leisure travel has surged well beyond pre-pandemic levels, resulting in profound shifts in passenger patterns and the use of travel rewards credit cards,” he says. “However, business travel is still down from pre-pandemic levels and may not recover for a long time.”

As we head into 2023, we anticipate that growing credit card debt will continue. According to The Federal Reserve Bank of New York, consumers’ credit card debt increased by $46 billion in the second quarter of 2022, which is a 13 percent increase from the second quarter of 2021. That’s the biggest cumulative increase in credit card balances in over 20 years. With delinquencies still historically low, we can safely blame inflation for these uncomfortable numbers.

That said, rising household debt is not welcome news, especially after consumers did so well paying off debt during the pandemic. Consumers were able to pay off debt in an “unprecedented way,” Steele says, “through government stimulus, low unemployment and reduced discretionary spending during [lockdowns].”

Offering credit to subprime borrowers has long been controversial. While the ability to get credit is a good thing for all types of consumers, subprime borrowers are among the most vulnerable type of credit consumers. They often lack the resources to make timely payments and consolidate their debts with low-interest loans.

It seems like it was just yesterday that crypto rewards credit cards were about to gain enough steam to give traditional reward cards a run for their money. But after Bitcoin, Ethereum and other cryptocurrencies lost $2 trillion this year, consumers might want to delay swapping their miles and cash back cards for crypto-earning cards.

“Crypto cards were a big story at CardCon in 2021,” says Steele. “But the 2022 crypto crash has virtually erased it from the conversation this year.”

That’s not to say crypto rewards cards are gone for good. Cards like the BlockFi Rewards Visa® Signature Card and SoFi Credit Card have pressed ahead with their offerings, despite the crash. That’s hardly surprising since crypto remains popular for seasoned investors, as well as crypto enthusiasts. But don’t expect crypto to push aside your traditional rewards cards any time soon.

What happens if the Credit Card Competition Act of 2022 becomes a reality?

In July, two U.S. Senators, Richard Durbin and Roger Marshall, introduced the Credit Card Competition Act of 2022. The gist of this bill is to reduce credit card interchange fees, also known as “swipe fees.” While we can’t blame merchants for hating swipe fees, this bill, if enacted, could harm consumers.

Both Durbin and Marshall have been framing it as a pro-consumer bill. They claim — without providing any evidence — that this bill will somehow benefit consumers. It won’t. It will kill rewards programs (since swipe fees are paying for rewards programs). And merchants will pocket the savings — they won’t pass them on to consumers in the form of lower prices.

We know this because something similar has already happened. In 2011, the Durbin Amendment capped debit card interchange fees. This annihilated debit card rewards programs and forced banks to start charging fees for previously-free checking accounts (or introduce a minimum balance requirement).

Now Durbin and Marshall are trying to expand the already-failed concept to the credit card industry. Marshall promises that their bill protects “Main Street,” not Wall Street. Unfortunately, it doesn’t. The senators’ claim of protecting consumers is false. If the Credit Card Competition Act of 2022 passes, consumers will lose (and merchants will win).

In 2023, we expect BNPL to get even more popular, but this popularity is also drawing attention from regulators, so it’s not entirely clear where this trend is going. And while leisure travel is back with a vengeance (albeit a modified vengeance), business travel is still lagging behind — and it may be some time before this changes. Then there are crypto credit cards, which were a big trend in 2021. They aren’t likely to replace traditional rewards cards any time soon since crypto is still more popular among seasoned investors and crypto enthusiasts than average consumers.

A trend that is a bit troubling is the surge in consumer credit card debt. While delinquencies are still low, credit card debt can be devastating for U.S. families. Somewhat related to this issue is that subprime borrowers have more access to credit than ever. That’s a mixed blessing, however, because this access typically comes with sky-high interest rates.

Finally, it’s worth mentioning that any upcoming credit card trends would be severely impacted by the proposed Credit Card Competition Act of 2022. If this bill — which is supported by big merchants’ interests — becomes law, it will effectively destroy credit card rewards and make credit cards more expensive and less beneficial to hold than ever before.

SHARE:
Written by Andy Shuman Contributor
Read more from Andy
Andy Shuman is a contributing writer to Bankrate. He is a New York-based freelance writer with strong expertise in consumer credit and travel loyalty programs.
Edited by
Liz Bingler
Edited by Liz Bingler Associate Editor
Liz Bingler is an Associate Editor for CreditCards.com and Bankrate, where she focuses on product news and reviews. As an editor, her goal is to produce content that will help people to make informed financial decisions.
Liz Bingler
Associate Editor 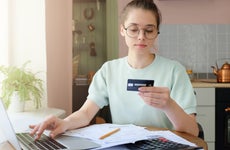 How do credit cards work? 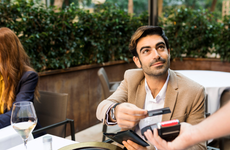 Who pays for credit card rewards? 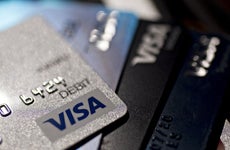 What is a Visa card? 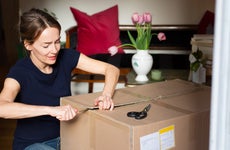