“See you in a couple weeks when this craziness is all over,” was a common refrain as we filed out of our Manhattan office on March 10, 2020. Now two weeks have turned into 52, and the company has said they won’t require us back in the office until January 2022 at the earliest.

I’m shocked at how long this pandemic has lasted. I’m also shocked at how credit card debt and delinquencies have fallen sharply during that span. It’s almost unfathomable that tens of millions of Americans lost their jobs and yet total credit card debt fell 12 percent from Q4 2019 ($927 billion) to Q4 2020 ($819 billion), according to the Federal Reserve Bank of New York. When you’re out of work, you need to put expenses like food, gas and medicine on your credit cards just to get by, right?

And you might not be able to pay the card company back, the conventional wisdom goes. The charge-off rate (credit card bills so overdue they’re written off by lenders) usually finds the same approximate level as the unemployment rate. During the Great Recession, for example, the unemployment rate peaked at 10.6 percent in January 2010. The charge-off rate fluctuated between 10 and 11 percent from mid-2009 through mid-2010.

Huge government stimulus programs are the biggest reason why credit card issuers have avoided the worst-case scenario to date. The $2.2 trillion CARES Act delivered direct payments of $1,200 to most U.S. adults and $500 for each child last spring. The Paycheck Protection Program, which incentivized companies to keep workers on their payrolls, was another key component of this legislation. Unemployment benefits were also expanded and extended. Then more stimulus arrived in January 2021 ($600 for most adults and children). A third round of payments ($1,400 for most Americans) is expected to arrive later this month.

Many consumers have spent less and made debt payoff a priority during the pandemic. And financial industry hardship programs have provided further aid to those in need. Banks aren’t ready to declare that we’re out of the woods yet, but they’ve started releasing some of the massive loan loss reserves they set aside in the early days of the pandemic.

In 2020, U.S. consumers opened about 51 million bank-issued credit cards, according to Equifax. That’s roughly 20 percent fewer than in 2019. The average credit limit was approximately $4,200 (also down about 20 percent from 2019). Whereas a credit score of 670 or better would have qualified you for most credit cards in 2019, the threshold was more like 720 last year.

Lenders were, quite understandably, nervous about the state of the economy. The cutbacks were particularly sharp in the 0 percent balance transfer space. Issuers sent 42 percent fewer direct mail advertisements for these cards in the first three quarters of 2020 when compared with the same period in 2019, Mintel Comperemedia found. In addition to being more selective about new customer approvals, most banks also tightened existing cardholders’ credit limits to limit their risk exposure.

The pandemic led a lot of card companies to lean hard into “new normal” categories such as groceries, food delivery, takeout and streaming services. Some of this has already gone back to the way it used to be, although I think some of it will stick around. Pivoting away from travel was necessary for a while. Moving forward, I expect some card issuers to continue to offer elevated everyday perks alongside travel benefits. These could include enhanced cash back programs, dining credits, better rewards on everyday purchases and free memberships for exercise and food delivery services.

Another example of new habits that formed: E-commerce and contactless payments both grew by leaps and bounds during the pandemic, and they should continue to expand in the future. Maybe the pandemic led you to order groceries online for the first time and you liked it, so you’ll stick with it. Or perhaps you finally signed up for Apple Pay to avoid touching a potentially germy payment terminal, and it was so quick and easy that now you’re hooked.

Canceled events were a pain

According to Chargebacks911, credit card disputes (asking for chargebacks) rose 25 percent in 2020. Early on, travel and events were the biggest categories as plans were scrambled and people didn’t always get their money back as they hoped. More than half of U.S. adults who laid out money on events canceled by the pandemic lost money, according to a July 2020 Bankrate.com survey.

Those previous travel and event plans have mostly been resolved one way or the other, and e-commerce has taken over as the main dispute category, according to Monica Eaton-Cardone, COO of Chargebacks911. My best advice is to start by contacting the merchant with whom you made the purchase. If you can’t secure a refund from them and you still believe you’ve been wronged, then consider filing for a chargeback.

Backup options can include contacting the Consumer Financial Protection Bureau, the Better Business Bureau or your state attorney general’s office. Arbitration and small claims court are additional legal avenues. It may require some persistence, but if you believe you were treated unfairly, I think you should stick with it and advocate for yourself.

Looking ahead to better days

There’s no doubt that 2020 was rough, but we have ample reason to believe the worst is behind us. Vaccinations are picking up, infection rates are falling and restrictions on travel, events and other businesses are starting to wane. There’s growing optimism that we could be headed for the second coming of the Roaring Twenties. While this would be tremendously positive news, make sure to save money now so you don’t blow your budget and incur expensive credit card debt in the process. 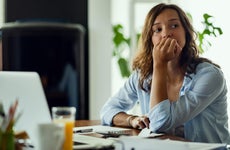 Credit card default: How it happens, what to do about it 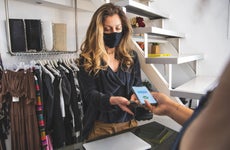 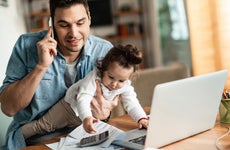 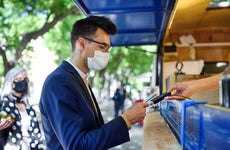 3 surprises about credit cards and COVID-19