The average credit card APR has hit a new record high of 19.04 percent, according to our Bankrate.com database which goes back to 1985. The previous record was 19.00 percent in July of 1991. The national average started this year at 16.30 percent, so it has increased by 274 basis points so far in 2022. Previously, the largest increase within a single year was 262 basis points in 2010, when the CARD Act took effect and led to huge changes in how credit card rates were set.

This time, it’s all about the Federal Reserve, which has raised the federal funds rate 375 basis points since March in an effort to combat the highest inflation readings in four decades. While the average rate on new credit card offers has increased by 274 basis points since Jan. 1, most cardholders will soon be charged rates that are 375 basis points higher than they were at the start of the year (matching the Fed’s moves). The typical credit card rate formula is the Prime Rate (three percentage points higher than the federal funds rate) plus the issuer’s profit margin.

APR adjustments tied to Prime Rate changes appear on credit card statements within a billing cycle or two and apply to new and existing credit card balances. Read our guide for a full explanation of how the fed affects credit cards.

How to pay down credit card debt

An alternative could be to take out a personal loan. If you have good credit, you might be able to get a rate as low as about 6 percent over five, six or even seven years. This could be a form of debt consolidation. You get the money upfront and pay off your credit cards (which presumably have much higher rates) and then you pay the personal loan off over time.

Another idea would be to contact a reputable nonprofit credit counseling agency such as Money Management International. They can negotiate lower rates with your creditors and often design four- or five-year debt management plans with interest rates around 6 percent and low monthly fees. You don’t even need great credit.

Finally, consider taking on a side hustle, selling stuff you don’t need, asking for a raise at work or seeking greener pastures elsewhere. Every dollar you’re able to put toward your credit card debt represents a guaranteed, tax-free return of whatever your interest rate happens to be (and again, on average, that’s approaching 20 percent).

Credit card rates are much higher than most other forms of debt. We’re talking three, four or even five times higher than most people are paying for mortgages, car loans and student loans. Paying off your credit card debt should be a top priority, especially with interest rates at record highs. 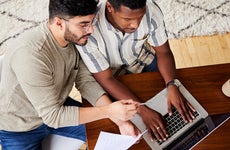 How to break the credit card debt cycle 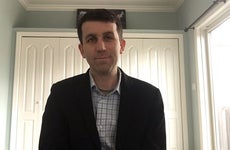 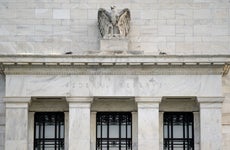 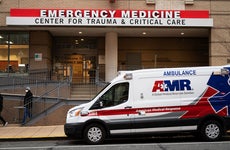 Medical debt to come off millions of credit reports