The COVID-19 pandemic has encouraged many customers to spend more time managing their finances digitally. Some banks and credit card issuers have embraced this “new normal” much better than others.

In fact, this is an area in which larger national players generally have a big advantage over smaller, regional institutions with fewer technical resources.

“A record two-thirds (67 percent) of U.S. retail bank customers used their bank’s mobile app during the past year—an increase of seven percentage points from 2020—and a record 41 percent of bank customers are now classified as digital-only,” according to a June 10 J.D. Power report.

American Express earned the No. 1 ranking in the firm’s lists of online and mobile app satisfaction among credit card users. Discover ranked second online and third among mobile apps. Bank of America was third online and second for mobile apps.

It’s not a surprise to see American Express and Discover at the top of these rankings. J.D. Power publishes a separate Credit Card Satisfaction Study, and in its 14-year history, Amex has 10 wins and Discover has five (they shared the prize in 2014). Bank of America appears to be a rising star.

In a news release, Jennifer White, senior consultant for banking and payment intelligence at J.D. Power, noted that card issuers have created new digital tools for tasks such as “problem resolution, personalized alerts and profile management.”

“This is driving increased engagement and significantly higher levels of satisfaction as the world shifts to digital,” she said. “That’s a challenge for regional banks that have traditionally taken a simpler design approach and are now starting to see customer satisfaction scores fall as many customers required more sophisticated digital offerings in 2020 than in previous years.”

For instance, the pandemic transformed dispute resolution into a top-of-mind issue. In fact, the J.D. Power research found that almost a third (31 percent) of bank customers used digital means to resolve a problem over the past year. With many branches shuttered (at least temporarily) and often lengthy waits for telephone assistance, websites and apps became go-to resources. Some financial institutions rose to the challenge more successfully than others.

J.D. Power’s online and mobile app rankings measure overall satisfaction with banking and credit card digital channels based on four factors: navigation, speed, visual appeal and information/content. The studies are based on responses from 17,011 retail bank and credit card customers nationwide and were fielded in March and April 2021.

Banks exhibited a much wider range of outcomes than credit card issuers, according to J.D. Power. This might be because the credit card market is more concentrated among large financial institutions with more technical resources, whereas regional banks, community banks and credit unions play bigger roles in the deposits space.

Nonetheless, “Credit card mobile and online strategies would benefit from an accelerated customer experience innovation push as differentiation between issuers narrows at a time when consumer interest soars,” the J.D. Power researchers wrote.

This could take a few different forms. Dispute resolution is an obvious one. There’s also a growing trend of card issuers rolling out robust budgeting tools and other financial literacy advice. Money-saving elements such as card-linked offers and online shopping portals are popular as well.

Ultimately, consumers have strong appetites for digital approaches that help them save time and money, and these trends should continue to expand. 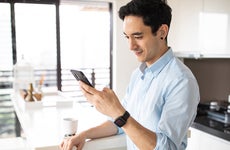 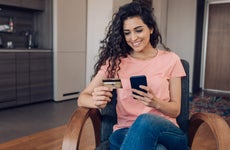 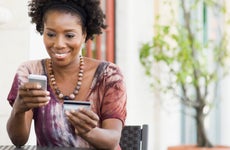 Everything you need to know about the American Express mobile app 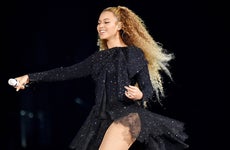 How to choose a Citi card for Beyoncé presale access