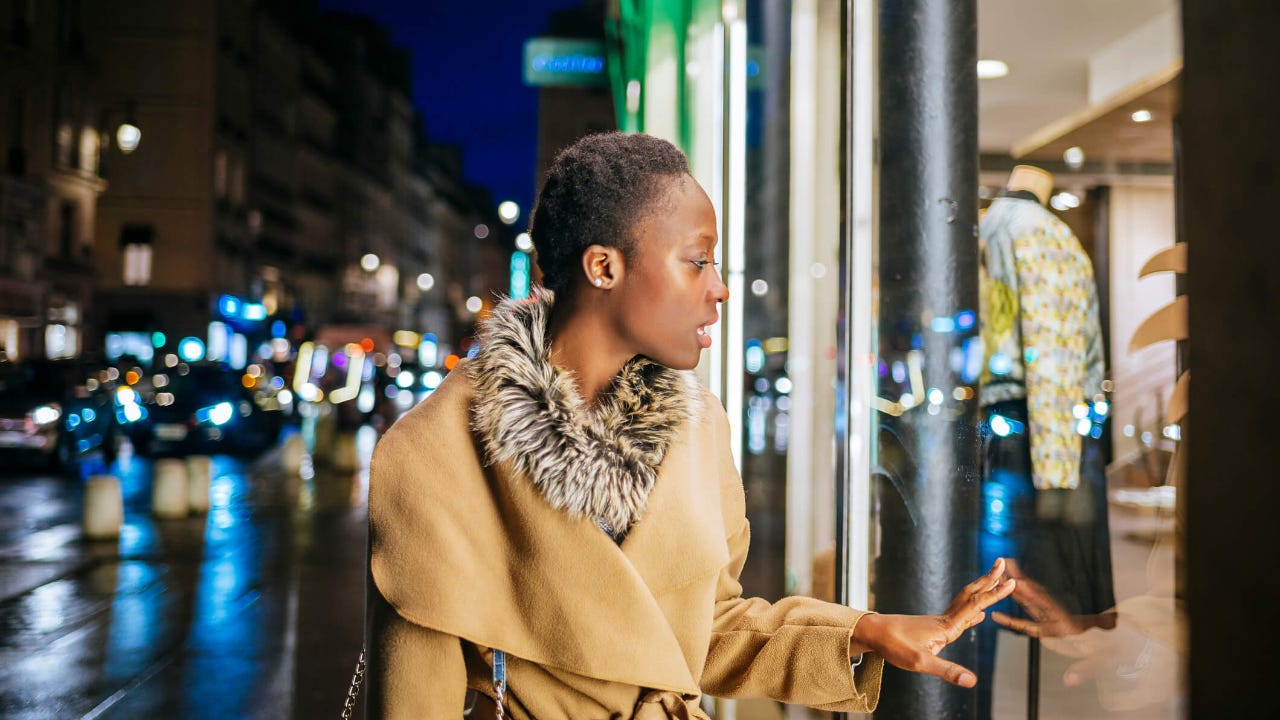 The holiday season is the time many of us use to emotionally unwind. Some are traveling to spend time with family and others look forward to a break from work. Not to mention, for many, it’s also the time of gift giving.

This year, most Americans are also planning to buy gifts for themselves. In a recent Bankrate survey, we’ve found that 57 percent of holiday shoppers are planning to spend money to treat themselves.

I’ve dug a bit deeper into the numbers—here’s what I’ve found.

During this holiday season, of those shopping for winter holidays and planning to treat themselves:

Millennials are most likely to spend money to treat themselves

An earlier CreditCards.com survey found that millennials were willing to go over the top with expenses this holiday season, contemplating going into debt for the sake of holiday cheer, and spending more on their loved ones than other generations.

The trend seems to persist. Sixty-three percent of millennials are likely to spend money to treat themselves this holiday season. As is often the case, they’re closely trailed by Gen Z, 61 percent of which are also thinking of spending money to spoil themselves for the holidays.

To compare, only 54 percent of Gen X and 55 percent of baby boomers are planning to spend money on treating themselves this holiday season.

Despite whatever gender bias exists when it comes to how men and women manage finances, it looks like men might be more prone to buying things to make themselves feel good.

In the survey from CreditCards.com mentioned earlier, we found that more men (40 percent) than women (34 percent) were willing to go into debt this holiday season, and most men (19 percent) said it was to make themselves happy.

The Bankrate survey shows similar findings. Of those who shop for the holidays, men (60 percent) are more likely than women (54 percent) to spend money to treat themselves during the holiday season.

We can only speculate on why men generally feel safer spending and borrowing money, but I don’t think it comes down to money management skills. It’s more likely that women’s socioeconomic background, historically laden with complex interwoven issues like the infamous gender pay gap, has made them more prone to financial anxiety. It’s harder to be willing to part with money if you’re never quite sure you’ll have enough in the near future.

Westerners are most likely to spend money to treat themselves

Despite the West having some of the most expensive states in the nation, Westerners (63 percent) are most likely to make purchases to treat themselves for winter holidays this year.

The Northeast is home to a few other notoriously pricey states, but Northeasterners are following Westerners rather closely at 59 percent.

On the other hand, only 56 percent of Southerners and 51 percent of Midwesterners are also contemplating spending money to treat themselves for the holidays.

It looks like a higher cost of living doesn’t deter people from splurging when encouraged by holiday cheer.

As it turns out, income doesn’t play that much of a role either.

Naturally, there’s quite a difference in numbers between those earning less than $50,000 annually and those earning more, but it’s interesting that more than 50 percent of households who shop for the holidays are planning to spend some extra cash on themselves regardless of their income level.

This shows how essential it is to plan for holiday expenses. If you’re working with a limited budget, it doesn’t mean you shouldn’t spoil yourself a little. Who doesn’t deserve some retail therapy after the last couple of years we’ve had?

But before you go and spend that money on some holiday jolliness for yourself, make sure you’ve included it in your budget.

How to splurge strategically this holiday season

It’s perfectly normal to treat yourself, especially during holidays. Still, it’s important to account for it in your budget so that your treat doesn’t lead to a financial hangover.

Here are a few tips for splurging strategically.

Be honest with yourself

I can tell you about dozens of ways to spoil yourself for free, like a Harry Potter marathon or a bubble bath, but that’s probably not what you want to hear.

Only you really know what “treating yourself” means in your case and how much it may cost. Don’t procrastinate, and start planning for it as soon as you can (if you haven’t already).

Revise your budget for the month

Now that you know how much you’re likely to spend on yourself, take a look at your budget. Can this expense fit into it painlessly? If not, look at categories where you may save this month and try to limit your spending in them to make room for your holiday treat.

Racking up a balance on your credit card to treat yourself may seem like an attractive idea. Instant gratification is a powerful force.

However, I’d suggest thinking twice before doing it.

Credit card debt is expensive, detrimental to your financial situation and toxic to your mental health. Is your holiday treat really worth it?

Earn rewards on your purchase

That said, you should use a rewards credit card to treat yourself. That way, your purchase will earn you cash back, points or miles—just make sure you pay off the card balance in full before the due date.

If you do decide to go into debt, have the right credit card for it

Credit card debt is toxic, but sometimes it happens. For instance, maybe you’ve had to deal with an old, slow computer for the last two years and decided that this Christmas, you’re finally buying yourself a new one.

Get yourself a 0 percent APR credit card to avoid paying interest on this gift for yourself and create a repayment plan to pay off the balance before the no-interest intro period expires.

Learn to plan for treating yourself

Self-care is crucial and sometimes it involves spending money. Allow yourself to normalize and expect these expenses. You can even create a “splurge fund”—a separate savings account where you’ll put money toward treating yourself.

Or you can try my method: Let rewards on your cash back credit cards be that fund. I have three cash back cards and earn hundreds of dollars in cash back annually. That’s my “free money” I can spend without feeling guilty.

Across all generations, incomes and locations, we see more than half of American holiday shoppers entertaining the idea of spending money on treating themselves this holiday season.

Treating yourself is perfectly okay. The main thing is to try to avoid debt—or paying interest, at least—while doing it. Be honest with yourself about these kinds of expenses and use this holiday season to learn to plan for them.

Here’s to a happy holiday season and budget-safe, guilt-free splurging!

Read more From Ana
Ana Staples is a reporter for Bankrate and an expert on all things credit basics and personal finance for the younger generation.
Edited by
Claire Dickey
Editor, Product

Reviewed by
Liz Bingler
Associate Editor
About our review board