Skip to Main Content
3 min read Published March 02, 2020
Written by
Kendall Little
Written by Kendall Little Reporter
Kendall Little is a personal finance writer who previously covered credit card news and advice at Bankrate. Kendall currently is a staff writer for NextAdvisor. She is originally from metro Atlanta and holds bachelor’s degrees from the University of Georgia in both journalism and film studies. Before joining Bankrate in August 2018, Kendall worked in digital communications throughout various industries, including education, health care and television.
Kendall Little

The business credit cards that make up American Express’ portfolio are some of the most ubiquitous among small business owners today.

But a new report from the Wall Street Journal reveals that Amex employees may have misled some small business owners into signing up for cards, given misinformation regarding card rewards structures and fees and even issued cards the business owners never sought out themselves. The report cites more than a dozen current and former American Express employees who came forward about the practices.

Here’s what you need to know and how you can ensure you’re protected against unauthorized activity on your accounts, no matter the source.

According to the employees who spoke to the Journal, the rise in coercive card sign-ups may have begun in response to Costco ending its exclusive partnership with the issuer in 2015.

When Costco stopped accepting American Express cards in stores across the country, Amex experienced a scaling back of valuable revenue and fees from the small business owners who shopped the wholesaler for everything from bulk foods to cleaning supplies and more. That’s when Amex began its comprehensive campaign to retain small business cardmembers, complete with commissions and sales goals for employees.

Within six months of the start of the initiative, some salespeople racked up commissions as high as $50,000 to $100,000, the current and former Amex employees told the Journal. But only 40 to 45 percent of the cards that were being sent out to new cardmembers were being activated, compared to the standard rate of around 60 percent, according to the report.

The next year, the Costco retention campaign ended, but many of the same tactics among employees remained. According to the current and former employees, this included using Social Security numbers and addresses from user databases to submit applications on behalf of hesitant business owners and issuing new cards when customers thought their cards were being upgraded.

“We have rigorous, multilayered monitoring and independent risk-management processes in place, which we continuously review and enhance to ensure that all sales activities conform with our values, internal policies and regulatory requirements,” an American Express representative told the Journal. “We carefully examine any issues raised through our various internal and external feedback channels and audits, and we do not tolerate any misconduct.”

The practices appear similar to those employed by Wells Fargo, which came under fire in 2016 for creating millions of unauthorized banking and credit card accounts as far back as 2011, though Wells Fargo conducted these tactics on a much larger scale. The bank eventually agreed to pay $185 million in fines to the Consumer Financial Protection Bureau and was ordered to pay $5 million in refunds to those affected.

According to Amex, the group referenced in the report was responsible for only about 0.25 percent of new cards issued worldwide between 2014 and 2019 and “less than 0.25 percent of the group’s sales activities have been identified by us as inconsistent with our sales policies.”

Small-business credit cards can be great options for business owners looking for cards tailored to their business’ needs, from rewards on spending to assistance building a business credit score.

But there are drawbacks to be aware of when deciding if a business credit card is right for you. These cards generally have higher fees and interest rates than personal cards and you as a business owner are likely to still be held personally liable for any outstanding balances or debts on a business credit card, which could impact your personal credit score.

Business credit cards are also not included among the consumer protections introduced by the Credit CARD Act of 2009, which means business cardholders may be subject to unexpected fees and interest rate hikes that personal cardholders are safeguarded against.

Protecting yourself against unauthorized accounts

“Thanks to the CARD Act, cardholder protections are stronger on consumer cards than business cards,” says Ted Rossman, industry analyst at Bankrate. “But still, no one should have an unauthorized account opened in their name. If you think this may have happened to you, check your credit report at a site like AnnualCreditReport.com.”

If you’re a small business owner, you can check with credit bureaus like Dun & Bradstreet, Equifax and Experian to see if they are tracking your business’ credit.

“If there’s an account that doesn’t belong to you [on your credit report], report it to the financial institution in question as well as any credit bureaus that have that account on file,” Rossman says. “I also recommend notifying the CFPB. And to guard against future problems, I think everyone should freeze their credit with Experian, Equifax and TransUnion. It’s free and it only takes a few minutes. It’s the best way to guard against anyone opening an unauthorized account in your name.” 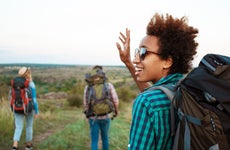 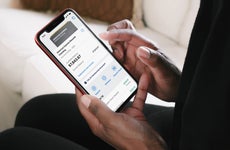 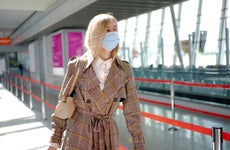 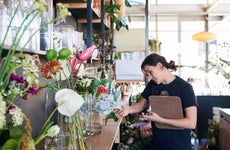 How small business owners can use credit cards to stay afloat