Thirteen years ago, President Barack Obama put his stamp on one of the most significant pieces of credit-related legislation to date. On May 22, 2009, The Credit Card Accountability Responsibility and Disclosure Act (known simply as the Credit CARD Act) was passed, becoming our country’s most robust revamp of credit regulation ever.

With hindsight, it’s easy to see why the Credit CARD Act was a necessity. At the time, the industry was on a dangerous path. Hidden fees, unpredictable interest rates and unsustainable promotions were leading to irreparable damage to the trust between credit card companies and their customers.

But what exactly did the law change? And how did the average cardholder benefit from it?

What is the Credit Card Accountability, Responsibility and Disclosure Act of 2009

The CARD Act is federal legislation that regulates credit card issuers in the U.S. by adding extra layers of protection for consumers as an extension of the Truth in Lending Act. For example, it places limits on certain fees and interest charges faced by consumers and improves the transparency of terms and conditions.

The CARD Act was put in place with the intention of protecting consumers against unfair practices held by credit card issuers. But while the CARD Act amplifies safeguards for consumers in numerous ways, it doesn’t come without its flaws.

Let’s first take a look at how the CARD Act protects consumers and where it falls short.

What does the CARD act cover?

When the law eventually came into effect, we knew the Credit CARD Act was coming with some major benefits for credit cardholders. Intentional or not, the American public felt the fine print on their contracts was getting finer, and compelled Washington to enact a newer, more modern set of regulations that reflected the existing state of the credit industry.

Some of the key benefits consumers gained from the protections the CARD Act implemented include the following:

Credit card issuers are mandated to alert customers at least 45 days in advance of any interest rate hikes. Prior to the law going into effect, credit card issuers were not required to notify borrowers of interest rate hikes in advance. Not only do issuers now have to notify customers in advance, but if an issuer raises the APR on your account, they have to wait until your account is at least 12 months old. Additionally, they must inform you that it’s your right to cancel before the new rate takes effect. You can cancel your card during that period. However, if you choose not to cancel, the new APR will take effect 14 days after notification.

The CARD Act limits late fees and imposes restrictions on over-limit fees. Consumers can still face over-limit penalties but only if they opt-in to over-limit charges on their credit account. Alternatively, if consumers decline to opt-in, their cards will be declined when a charge or withdrawal goes over the credit limit. Previously, if a borrower went over their credit limit, credit card issuers were authorized to approve those transactions and charge customers over-limit fees. In addition, late fees are capped at $30, but this number can increase if late payments are consistent.

Double-cycle billing once allowed credit card issuers to calculate a borrower’s interest charges based on the average daily balance of their previous two billing cycles. This put cardholders in an unusual position of paying interest on charges they had already paid off. The CARD Act prohibits double-cycle billing and requires credit card issuers to calculate interest based on an account’s average daily balance from the most recent billing period.

Credit card issuers need to allow at least 21 days from the time they mail a bill for a cardholder to pay it off. The due date must be on the same day every month, and payments received before 5:00 p.m. on the due date must be credited to the account that same day.

The CARD Act does not allow issuers to grant new accounts to anyone under the age of 21, unless they have a cosigner or they can show proof of income that will enable them to repay their debt. Another provision of the CARD Act requires card issuers to cease all marketing toward college students unless they themselves opt-in. For years, the big companies had wooed students into at-times inadvisable credit card applications, luring them with t-shirts, free pizza and nearly anything you could imagine appealing to the 21-and-under crowd.

What does the CARD Act not cover?

For all the consumer protections drafted into the Credit CARD Act, no law arrives without shortcomings. While the Credit CARD Act seems to provide much in the way of balancing the power between issuer and borrower, it also contains gaps, gotchas and clauses that favor the credit card companies.

Let’s take a look at a few example of the CARD Act’s limitations:

While the CARD Act limits interest rate increases, interest rate increases are still allowed. If your account has a variable APR tied to an index, as your index increases, so will your APR. Additionally, credit cards that offer 0 percent introductory APR periods or other promotional rates will trigger an APR increase when the promotional period ends. And if a cardholder is 60 or more days late on a monthly payment, credit card issuers can charge a penalty APR that must be disclosed at the time of account opening.

Certain terms of the agreement can be altered without much in the way of fair warning. Account closures and credit line reductions can still occur in the blink of an eye.

Many protections do not apply to business and corporate credit cards, which are governed by a different set of rules. This impacts small businesses tremendously because they are not provided the same protections as everyday consumers.

For both consumers and card issuers, plenty has already played its course. Comparing credit cards can, at times, feel like anything but apples to apples. But adopting a plain set of terms works wonders for consumer education. As the industry moves forward, many will set their sights on making both the card payment and card selection processes that much more transparent. We’ve seen the implications of the Credit CARD Act firsthand, yielding both a more informed customer base and a more responsible group of card issuers.

Many consumers find themselves in a safer place financially as a result of the CARD Act. Other consumers, however, have voiced their displeasure with the certain aspects of the CARD Act. Unfortunately, companies (like people) can be motivated by self interest. If you think your rights are being violated, report your case to the Consumer Financial Protection Bureau. 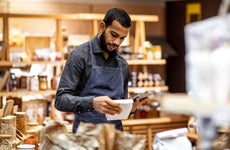 How does a business credit card affect personal credit? 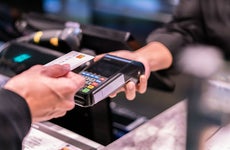 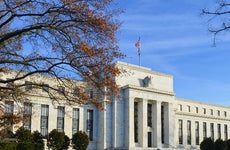