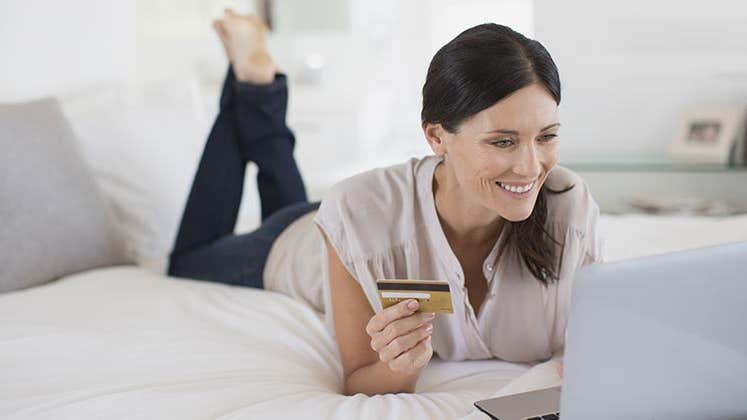 In an age when everything from meal kits to music streaming to dog toys and designer shoes are available by monthly subscription, keeping track of automatic charges isn’t easy.

Digital subscriptions are particularly tough to track, since you don’t get a tangible reminder on your doorstep or in your mailbox.

Just ask Lori Bitter. Bitter, who lives in the San Francisco Bay area, has tried subscription boxes for fun and subscription newsletters for her business.

“In my experience, it is nearly impossible to cancel easily,” she says. “If you can sign up online, why can’t you cancel online?”

As the popularity of subscription services grows, so does consumer frustration over recurring charges they either forgot to cancel or couldn’t shut off due to lack of customer service. Changing your credit card won’t necessarily stop the charges, because credit card issuers will now update charges to your new credit card automatically.

However, if you’ve tried unsuccessfully to cancel a subscription service, you can contact your credit card issuer or bank for help.

Here’s a look at six of the tools, listed alphabetically:

Using artificial intelligence, Trim is a free tool that communicates with users via SMS. Trim scans users’ bills and texts them to get permission to cancel any subscriptions it finds.

You can also ask Trim (via SMS or Facebook Messenger) questions such as how much you spent with a certain merchant or what your credit card balance is.

Of course, none of these tools can eliminate a bill that’s still under contract, so Trim has added features that help users lower those bills, starting with Comcast.

“What we found is that a lot of folks are overpaying for Comcast,” co-founder and CEO Thomas Smyth says. “They have a bill that’s gone up gradually over the past six months or a year or decade, and they haven’t been paying attention to it.”

As a result, Trim has a chatbot that will talk to Comcast for you to negotiate your bill or ask for a one-time credit.

Now in beta for iOS with an Android version coming later in 2017, ClarityMoney is a free app that tracks your daily spending and monitors your recurring charges.

“It’s basically a single view of all your recurring charges,” says Adam Dell, founder and CEO. (Fun fact: Adam is Michael Dell’s brother.) Users are asked if they want to cancel any of the recurring charges. “Press the cancel button and a form pops up to fill out.”

Dell says the app uses the information it’s already gathered from you and asks for any additional details it needs to cancel services, such as your video streaming subscription or your sock of the month club.

In addition to managing subscriptions, ClarityMoney also looks more holistically at your financial picture, including auto-discovering bills you might be able to lower and opportunities to get a lower credit card rate.

“For a long time, credit card companies, cell phone companies and banks have been able to utilize incredibly powerful computers that use machine learning/data science to retain you,” Dell says.

“The average consumer is not able to avail themselves with an equally powerful engine to help them navigate their financial choices. Our objective is to give consumers that powerful tool or engine and to be their advocate in those choices.”

Hiatus is available for iOS (it launched in summer 2016) and has a wait list for Android users. Co-founder David Callis says Hiatus takes a design-focused approach to making subscription management as seamless as possible. The app monitors users’ bills and notifies them of auto-charges.

It also sends reminders before you get billed and, with your permission, cancels services on your behalf.

“A lot of users were telling us that instead of getting notified after the fact of a recurring charge happening, they liked getting notified before they actually paid for the service,” Callis says.

“We’ve put a lot of emphasis on getting our algorithms right on predicting the subscription renewals before that happens.”

Prosper Daily is a free app available for iOS and Android. The app shows users “when an item appears to be a subscription and if that subscription has increased over time,” says Jennifer Clark, director of consumer public relations for Prosper.

Users can swipe left or right to approve subscription charges or dispute them with their bank.

“We find that oftentimes people will sign up for a free trial, and then once they check their statements, they realize the trial expired and they’ve been paying for a service they no longer need, or the service has increased in cost and they weren’t aware,” Clark adds.

Peer-to-peer lending platform Prosper acquired the bill-monitoring service BillGuard, and former BillGuard users can use the renamed Prosper Daily via their BillGuard credentials.

5. Second Look from Capital One

Most Capital One cardholders are automatically enrolled in a feature called Second Look from Capital One.

Capital One monitors these users’ accounts for duplicate transactions and increases in subscription charges, then notifies cardholders via email (or via push notification in the Capital One Wallet app, if they choose) so the cardholder can log into his or her account and review the charge in detail and file a dispute if needed.

Available for iOS and Android, Truebill combs users’ transaction histories for recurring charges and creates a monthly summary. With the click of a button, users can ask Truebill to cancel most unwanted subscriptions on their behalf.

Founder and CEO Yayha Mokhtarzada says the typical user who cancels at least one subscription saves an average of $520 per year.

Truebill is also rolling out a new fee refund feature.

“When we see a fee — late fee, overdraft fee, interest charge — we automatically contact the bank or institution and request a refund,” Mokhtarzada says.

“It’s actually kind of astonishing how much money banks and credit cards charge consumers in the form of fees, and often that money can easily be recovered just by asking.”

He adds that Truebill’s refund success rate is between 30 and 50 percent depending on the institution and the type of fee.

How Bitter stopped the recurring bills

What did Bitter do to stop her unwanted charges? She resorted to social media in one instance, and she contacted her bank to resolve another issue.

In another case, Bitter signed up to try a newsletter subscription that provided social media tips.

“The newsletters and webinars quit coming, but I noticed that I’d been charged for six months for the service,” she says. “There is absolutely no way to contact them that works.” Unable to get a response from the company or cancel the charges on the website, she filed a dispute with her bank.

Now consumers like Bitter have options, all free, to help cancel any future no-longer-wanted subscription services.