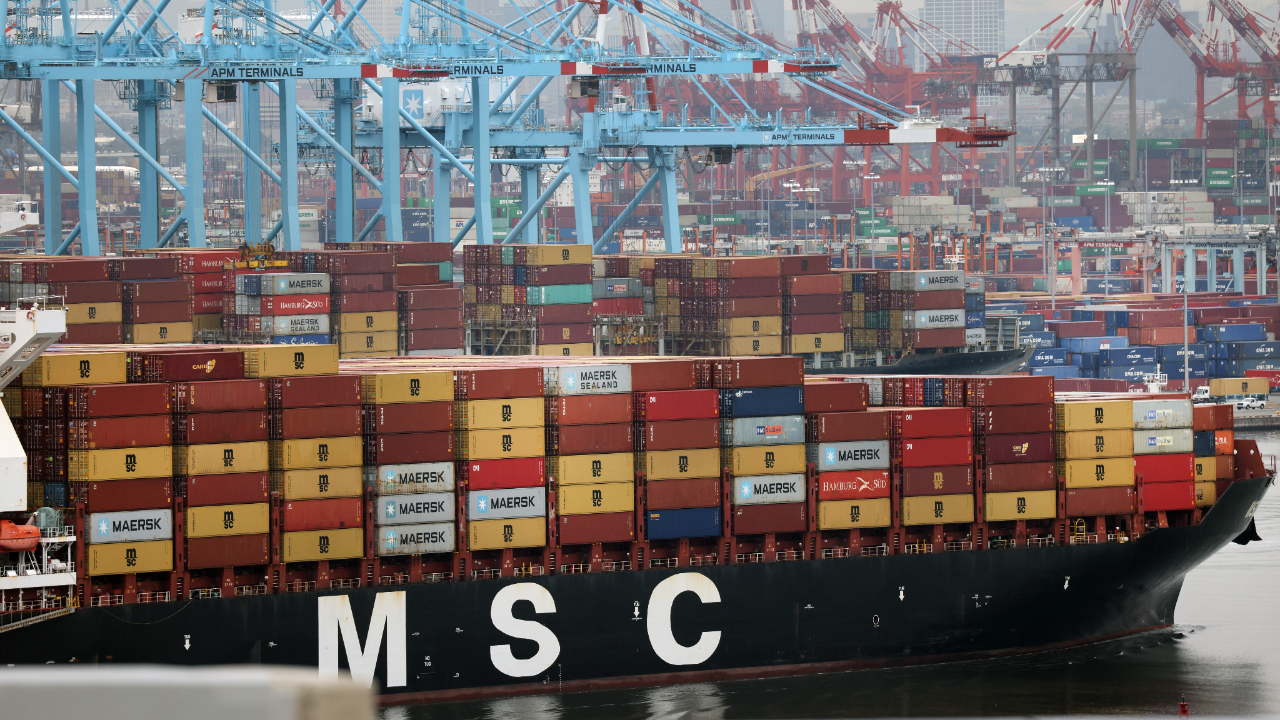 Economists never pictured that inflation would climb to a near 40-year high coming out of the pandemic.

That’s partly due to how unexpectedly mangled and tangled supply chains became coming out of nationwide lockdowns. But the other side of the story has something to do with a long-standing principle of modern-day economics: the Phillips curve.

Here’s what the Phillips curve is, why it matters for your wallet and why today’s era of soaring inflation defied all of the models.

What is the Phillips curve?

The Phillips curve is an economic concept describing the relationship between inflation — that is, how much prices are increasing on a year-over-year basis — and nationwide unemployment.

The theory suggests that price pressures are supposed to grow as joblessness declines. In other words, the two have an inverse relationship. Falling unemployment leads to rising inflation, and vice versa.

That’s at least according to research from A.W. Phillips, the theory’s namesake, whose 1958 paper examined joblessness and wage growth in the United Kingdom from 1861-1957.

What the Phillips curve can tell you about the U.S. economy

The description sounds complex, but consumers live through this phenomenon every day without even realizing it.

When more Americans are hired, that translates into more money in their wallets that they can use for spending. Firms respond to that growing demand mostly by hiring more and scaling up production. Many have to boost wages to recruit more workers, with the pool of available workers shrinking as more find jobs. Firms often then must pass along those higher prices to consumers.

Of course, higher wages and more money is good for Americans’ finances, so long as inflation doesn’t rise so quickly that it eats into their purchasing power.

That’s where the Phillips curve comes in. It often guides economists and policymakers alike toward finding the “happy medium,” where employment is strong and inflation is stable.

“Consumers have a lot of first-hand experience with inflation, no matter what the level, or their formal educational background on the matter,” says Mark Hamrick, Bankrate senior economic analyst. “A stronger job market is key for individuals to achieve their financial goals. At the same time, if inflation is outpacing wage growth, people will find they’re having a tough time managing. Conversely, if wage growth were to outpace inflation, that’s a positive dynamic for individuals and households.”


Times when the economy has defied the Phillips curve

That’s, of course, only when the Phillips curve functions the way it’s “supposed” to. The U.S. economy — a multitrillion-dollar, complex financial system — unsurprisingly sometimes functions contrary to how economists would suspect, even more so after major economic events alter the way it functions.

“There’s certainly been challenges with the Phillips curve,” says Jordan Jackson, vice president and global market strategist at J.P. Morgan Asset Management. “We observed those challenges before the pandemic, where we had unemployment at 3.5 percent — some of the lowest levels in history — but inflation running at 1.5 percent. The Phillips curve continues to be out of whack.”

The Great Inflation of the 1970s

The Phillips curve was first called into question in the 1970s when both unemployment and inflation skyrocketed, a period known as stagflation. At the time, Fed Chairman Paul Volcker had just hiked interest rates dramatically in a quest to slam the brakes on price pressures. Yet, it sent the U.S. economy into a severe recession, and even as inflation fell, unemployment kept surging. It ultimately topped at 10.8 percent, what was at the time the highest since the Great Depression.

The Great Recession and the longest expansion on record

The Phillips curve raised eyebrows in the aftermath of the Great Recession for the opposite reason. The U.S. economy took a while to recover, but it eventually charted a long and stable expansion for more than 10 years, a record. Joblessness continued to get rarer, with the unemployment rate eclipsing multiple 50-year lows in the decade, its lowest being 3.5 percent. That’s even as inflation fell just short of the Fed’s 2 percent goal, averaging 1.7 percent throughout the entire expansion.

But the Fed eventually ended up walking back three of those hikes, cutting rates in July, September and October 2019. Leading up to that first reduction, Powell told lawmakers that the Fed had messed up its economic forecasts.

“We really have learned that the economy can sustain much lower unemployment than we originally thought without troubling levels of inflation,” Powell said in response to a question from Rep. Alexandria Ocasio-Cortez, a Democrat from New York.

Officials have started to blame globalization, technological innovations and leftover slack in the labor market as reasons for keeping inflation subdued.

The coronavirus outbreak, however, is perhaps the biggest wrinkle yet.

Heading into 2021, Fed officials admitted that inflation might be higher than usual, though it would eventually fade, mostly because of below-average readings from a year earlier. Still, economic projections from December 2020 showed that officials saw one gauge of inflation — the personal consumption expenditures (PCE), policymakers’ preferred measure of inflation — reaching 1.8 percent at year-end 2022.

Instead, it ended up climbing more than three times higher: 5.7 percent by November 2021. Meanwhile, consumer prices soared to 6.9 percent.

Officials were perplexed because the unemployment rate had spent most of 2021 holding above 5 percent, and millions were still missing from the labor force. By most measures, that would have meant that employers had plenty of slack left in the labor market and had no need to raise wages to lure more applicants — but instead, employers complained for months about labor shortages.

The workforce is taking much longer to reach its pre-pandemic size than officials initially realized, as many workers stay on the sidelines of the labor force due to early retirements or fears of catching the virus. Supply shortages and elevated consumption thanks to record fiscal stimulus is only exacerbating the problem.

“The pandemic has presented us with numerous unprecedented experiences and dynamics. The flare-up of inflation is just one of them,” Hamrick says. “The economy has evolved in significant ways over recent decades, and the relationship between employment, unemployment and inflation remains something that is not fully understood well.”

Economists for the past several years have been questioning the accuracy of the Phillips curve and whether it actually oversimplifies the U.S. economy.

Today’s soaring inflation comes at a complicated time for Fed officials. In 2020, they unveiled a new policy that essentially abandoned the Phillips-curve minded way of thinking, no longer deciding to preemptively hike rates to ward off inflation as joblessness declined.

Yet, that era might now be in the rearview mirror, as officials prepare to lift off rates at least three times in 2022.

“It is possible that, when and if we get past this experience, the traditional thinking about the relationship between unemployment and inflation will re-assert itself,” Hamrick says. “No doubt it will be closely monitored by central banks, economists and ultimately of interest to consumers, workers and employers.”