Federal Reserve Chairman Jerome Powell is making it clear that the U.S. central bank is in no rush to adjust borrowing costs, amid a backdrop of tame inflation, a robust job market and threats to global growth.

Comments made by Powell over the past 72 hours reiterate that his outlook for the economy “is a favorable one.” They also confirmed that “cross-currents” are reinforcing the importance of being “patient,” a buzzword that he and his colleagues have been repeating in speeches since January.

“Despite this favorable picture, we have seen some cross-currents in recent months,” Powell said late Friday night at an economic research summit at Stanford University, his first of three public remarks over the course of three full-days. “With nothing in the outlook demanding an immediate policy response, and particularly given muted inflation pressures, the Committee has adopted a patient, wait-and-see approach to considering any alteration in the stance of policy.”

Powell’s Friday night remarks at Stanford were followed by an interview on CBS’s long-running news series “60 Minutes,” which aired nearly 48 hours later on Sunday night. That culminated Monday with a brief pre-recorded video statement made public at an economics conference in Washington.

These comments offer consumers the last chance to hear what the chief U.S. central banker is thinking, as he gears up for the Federal Open Market Committee’s (FOMC) meeting next week.

Powell’s public comments follow a gloomy few days for the economy, both domestically and abroad, with bleak figures emerging from the Department of Labor, the U.S. Census Bureau and the European Central Bank.

Employers added a mere 20,000 new positions in February, the slowest pace of job creation since September 2017, while the sharp plunge in December retail sales figures was revised down on Monday. Meanwhile, the European Central Bank drastically reduced its growth forecast for the euro area, with countries such as Italy and Germany reporting substantial declines in gross domestic product. Powell and other Fed officials have been eyeing any potential spillover effects from these conditions abroad.

This environment might have solidified to Fed officials that being “patient” was the right decision, even as the unemployment rate holds near a 50-year low and the economy expanded at a quicker-than-expected pace in the fourth quarter of last year. Boston Fed President Eric Rosengren said “patience” could last for several meetings.

Policymakers are widely expected to leave interest rates unchanged at the March meeting next week, if futures pricing is any indication. The Fed’s rate-setting arm raised interest rates four times in 2018, and in December, had originally penciled in two more hikes for this year.

When CBS’s Scott Pelley asked the chief U.S. central banker what the Fed would have to see before raising or lowering interest rates, Powell said that officials will have to rely on data.

Domestically, that means looking at the state of the labor market, as well as job creation, wages and inflation, he says. Globally, that requires judging any spillover effects from Brexit, as well as the slowing of growth in China and Europe.

“We’ll be putting that all together and deciding when it will be appropriate to change our policy,” Powell told Pelley. “For now though, we’re to be patient and allow things to evolve.”

But on the Sunday night television program, Powell more clearly defined what policymakers mean by “patient” – and also signaled that this attitude has no clear expiration date.

“Patient means that we don’t feel any hurry to change our interest rate policy,” Powell said. “We’ve seen increasing evidence of the global economy slowing down, although our own economy has continued to perform well. Growth abroad, if it slows, can be a headwind for us. In addition, there are things like Brexit and slowing in China and Europe that can be headwinds.”

As a result, Fed officials have “said that we’re going to wait and see how those conditions evolve” before adjusting borrowing costs, Powell says. “And that means patient.”

The Fed is in the midst of a complicated juggling act, as they attempt to steer the economy toward its longest expansion on record come midyear. But along the way, Powell has endured barbs from the Oval Office.

President Donald Trump expressed last year that he’s not the least bit happy with Powell, whom he appointed. He also went as far as saying in October that the Fed was “going loco” with rate hikes.

Trump has since backed off after the Fed signaled in January that it’s done raising interest rates for now, but tension remains. Powell and Vice Chair Richard Clarida joined Trump and Treasury Secretary Steven Mnuchin for dinner at the White House in February for a discussion on the economic outlook, the Federal Reserve Board said in a statement.

While Powell refrained from commenting too explicitly on his relationship with the executive branch, he told CBS’s Pelley that Trump couldn’t fire him.

“I don’t think it would be appropriate for me to comment on other elected officials or on the president,” Powell said. “The law is clear that I have a four-year term. And I fully intend to serve it.”

Powell finished off on Monday night the last of his public remarks before the next meeting, with a pre-recorded video ahead of the National Community Reinvestment Coalition.

In the video, Powell didn’t talk about monetary policy, but he said the economy’s strength hasn’t favored everyone, including those of low-income urban areas and rural communities.

To address these inequalities, Powell stressed the importance of the Fed’s Community Reinvestment Act, which helps build partnerships between banks and organizations at the local level.

“When lower-income individuals and families struggle, it harms their health and well-being and also weakens our economy,” Powell said. “When people are connected to education, training and other resources that help them secure good jobs and other opportunities, they are better prepared to care for themselves and their families and contribute to a strong economy.” 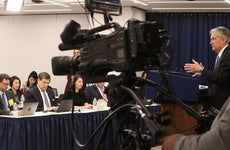 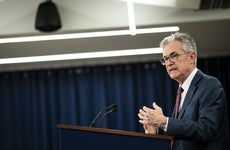 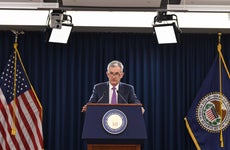 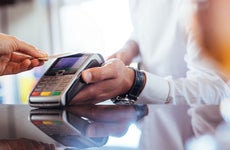 Here’s why low inflation has the Fed concerned right now