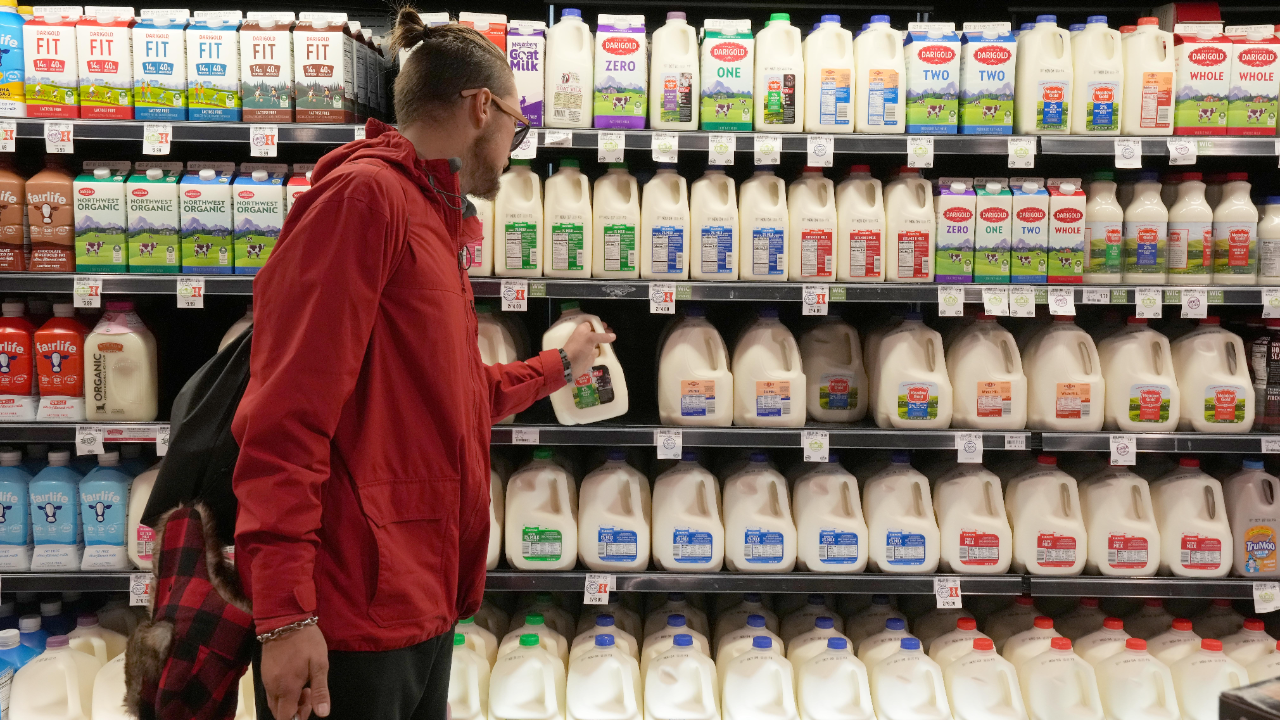 Americans are seeing higher prices almost everywhere they look — from used vehicles, gasoline and energy, to furniture, apparel and groceries — and they might not feel much reprieve anytime soon, according to the nation’s top economists.

More than half (or 53 percent) of experts polled for Bankrate’s First-Quarter Economic Indicator poll say that inflation will likely be more significant than expected in the next 12 to 18 months, amid lingering supply bottlenecks and labor shortages, as well as new inflationary pressures in energy and food after Russia invaded Ukraine on Feb. 24.

Meanwhile, just 21 percent of experts expect inflation to climb by a slower pace, and 26 percent say it should evolve as expected, according to the poll. Price increases have hit fresh 40-year highs for four straight months, rising most recently in February by 7.9 percent from a year ago.

Economists are expecting another year of decades-high inflation despite an inevitably more hawkish Federal Reserve. Each time the U.S. central bank hikes rates, demand cools in an attempt to slow inflation. Officials are projecting to do plenty of that, penciling in seven rate hikes this year, which would be the fastest pace since 2005.

Inflation is already weighing on Americans’ wallets, according to a separate Bankrate poll from March. Nearly all (93 percent) of consumers have noticed higher prices on the items that they buy, while almost 3 in 4 say it’s squeezing their budgets.

“Already established historically high inflation acts as a tax on households,” says Mark Hamrick, Bankrate senior economic analyst and Washington bureau chief. “Aside from the obvious geopolitical implications, Russia’s invasion of Ukraine has injected significant downside risks for the economy and upside risks for inflation, with so-called stagflation and recession as possible outcomes. This at a time when consumers are already indicating that sentiment has been adversely affected by some of the worst inflation many have seen in their lifetimes.”

Officials on the Federal Reserve — the main authority tasked with keeping inflation stable — see a separate gauge called the personal consumption expenditures (PCE) index rising 4.3 percent in 2022 and 2.7 percent in 2023, which would require significant cooling.

So far, prices have shown no signs of slowing down, with price gains increasing month after month since November 2020, until reaching their most recent 7.9 percent high.

Yet, even if price pressures turn out to behave as the Fed expects, that outcome would still be much higher than consumers are used to paying. Between the end of the Great Recession and the beginning of the coronavirus pandemic, consumer prices rose by an average 1.7 percent.

The average U.S. household spent around $3,500 more last year than they did in 2019 and 2020 to buy the same goods and services, according to an analysis from the Penn Wharton Budget Model.

“Improvements in parts of the supply chain will reduce inflationary pressures,” says Bernard Markstein, president and chief economist at Markstein Advisors. “The drag on demand from higher interest rates will also restrain inflationary pressures. However, overall inflation, though lower than in recent reports, will remain elevated by pre-pandemic standards, though declining.”

Most of that has been driven by the pandemic. Manufacturers both domestically and globally have struggled to keep pace with demand thanks to labor shortages and renewed lockdowns abroad.

But one of the ultimate fears is that inflation is like a pendulum — and once it gets going, it’s hard to stop. Prices are already rising in service sectors linked to supply bottlenecks. The price of eating a meal out at a restaurant, for example, rose 7.5 percent, the largest increase on record, while inflation in the auto industry is causing many insurance carriers to up their premiums.

The prospect of inflation lingering for longer was prominent even before Russia invaded Ukraine. Since then, crude oil prices have risen 16 percent and are up nearly 75 percent from a year ago, according to the Energy Information Administration. Russia and Ukraine’s prominence as a food supplier for the world has also pushed up wheat and corn prices since the conflict began.

But higher prices might also have a self-correcting feature — though not for good reasons. Consumers might start to hold back on discretionary spending, cooling demand and weighing on economic growth. Coupled with the Fed raising interest rates to dampen inflation, U.S. central bankers could ultimately risk tightening policy too much. That might bring back a period of “stagflation” that Americans last experienced in the 1970s and ‘80s, when inflation and unemployment were both high even as economic growth was slow.

“The Fed appears willing to err on the side of doing too much to bring inflation down,” says Ryan Sweet, senior director of economic research at Moody’s Analytics. “They could be faced with Hobson’s choice next year as stagflation risks increase. The Fed may have to choose between pushing the economy into a recession to avoid stagflation or face a deeper recession if they let stagflation occur.”

While inflation is set to remain significantly elevated, the biggest concern is its broadening reach into the core essentials of households. As prices continue to rise on food, energy, and shelter, it will drive a tale of two consumers – those that can afford to absorb and shift around the rising prices, and those that can’t. Those that are stuck in their costs and forced to spend more just to get by will need to cut back on discretionary spending and will see the extra savings built up during the pandemic shrink at an accelerated rate.

Inflation will remain hot but will peak in the first half of this year as the Federal Reserve begins to take away the punch bowl. The Fed will need to continue hiking rates into 2023 in order to bring inflation to more desirable levels by the end of next year. As goods inflation eases with less demand for things, services inflation — especially for housing and medical services — will rise.

Supply chains had not fully recovered from pandemic-driven disruptions when the world was shocked again by the Russian invasion of Ukraine, which has greatly disrupted flows of a number of commodities including oil, neon, and wheat. The economic impact of the invasion is likely to be both somewhat slower global growth and higher inflation for the next year.