One Florida credit union has decided to beat check-cashing stores at their own game. This fall,
Florida Central Credit Union in Tampa plans to provide check-cashing services for nonmembers, along with payday loans, car title loans, money orders and money wiring services.

Taking loans from Florida Central may offer some relief for those who live from paycheck to paycheck. While rates and fees haven’t been fixed yet, the annual loan rates are likely to be in the 30 percent range, says Ed Gallagly, chief executive officer and president. That compares to an average interest rate of 264 percent on car title loans in Florida, according to the Consumer Federation of America.

Offering an alternative
The move comes partly in response to the high interest rates check-cashing stores charge for payday loans, but mostly as an alternative for people in the community who can’t afford a checking account.

“We’ve all complained about the check-cashing industry practices toward the poor, but no one is really doing anything to offer an alternative,” Gallagly says.

The credit union is working with the Tampa Hillsborough Action Plan, a community group that offers housing and financial assistance to nearly 10,000 people in Tampa.

So, what’s to keep the new store from charging exorbitant rates?

“We have our credibility,” says Chet Luney, chief executive of the community group. “Our Action Plan and Florida Central Credit Union boards would not tolerate it.”

The number of check-cashing stores in the country has doubled to roughly 5,600 since 1986, according to the U.S. Treasury Department. Industry estimates predict 600 percent growth during the next decade.

Traditionally used by low-income customers, some check-cashing stores are setting up shop in suburban neighborhoods and near college campuses. Fees to cash a check vary depending on the amount of the check.

Lots of “unbanked” folks
Some economists call the core users of check-cashing stores the “nonbank financial industry,” or simply, the “unbanked.” Despite being overlooked by large banks, they account for approximately $200 billion in transactions, with check cashing being the most profitable, according to the Treasury Department.

A recent report by
Stephens Inc., a Little Rock, Ark., investment firm, found that the average customer earns $25,000 to $40,000 and uses some form of a payday loan five to seven times a year.

“Anyone who has not-so-great credit understands how hard it is to get a loan from their bank, so they end up turning to check-cashing stores for quick cash,” says John Caskey, an economics professor at Swarthmore College in Swarthmore, Pa., and author of
Fringe Banking: Check-Cashing Outlets, Pawnshops, and the Poor.

Here’s how it works: A check-cashing store allows a customer to cash a check for, typically, $100 to $500, charging a fee of $15 to $30 and holding the check for a short time until the customer can cover it. Usually that’s one or two weeks, until the customer’s next payday — prompting the term “payday loans.” At the end of the loan period, the customer can either tell the store to cash the original check, repay the loan in cash or, if the customer still doesn’t have the money, pay an additional fee and roll the loan over for another week or so.

Some consumer groups want to put a stop to such rollovers, saying it keeps the poor financially strapped for months.

But banning rollovers would be like “telling the consumer you can’t help them should an emergency arise,” points out Robert Rochford, deputy counsel with the National Check Cashers Association in Hackensack, N.J.

“One of the reasons we don’t advocate a complete prohibition of rollovers is if you have a consumer who gets paid $800 every two weeks but they all of a sudden need $250 for car repairs so they will have a means to go to work,” Rochford says. “It’s like telling the consumer you can’t help with that second need.”

The need for credit education
Gallagly of Florida Central Credit Union says that no matter how well-intentioned some check lenders are, customers need to be educated about the consequences of incurring debt. Working with the Tampa community group, the credit union plans to offer seminars about budgeting, credit and financial management.

“Sometimes low-income people get behind in payments, but they do pay the debt off,” Gallagly says. “We do have to be prudent. But we tend to give loans to people who weren’t able to get a commercial bank loan because of their credit rating or because the amount they wish to borrow is too small.”

In the meantime, consumers who might be tempted to use a payday loan are advised to tread with caution. An option might be to ask family or friends for a loan with a written agreement promising when you plan to pay it back.

If payday loans are the only alternative, borrow only an amount that is affordable enough that it can be paid with the next paycheck and that you will still have money left to live on for the next few weeks.

Consumers also should compare the fees to cash a paycheck every two weeks with the monthly fees for keeping a basic checking account at a bank or credit union. 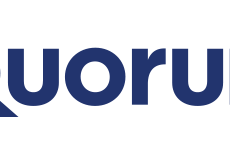 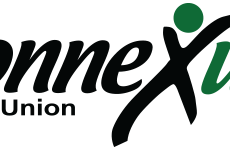