Best apps for freelancers and the gig economy 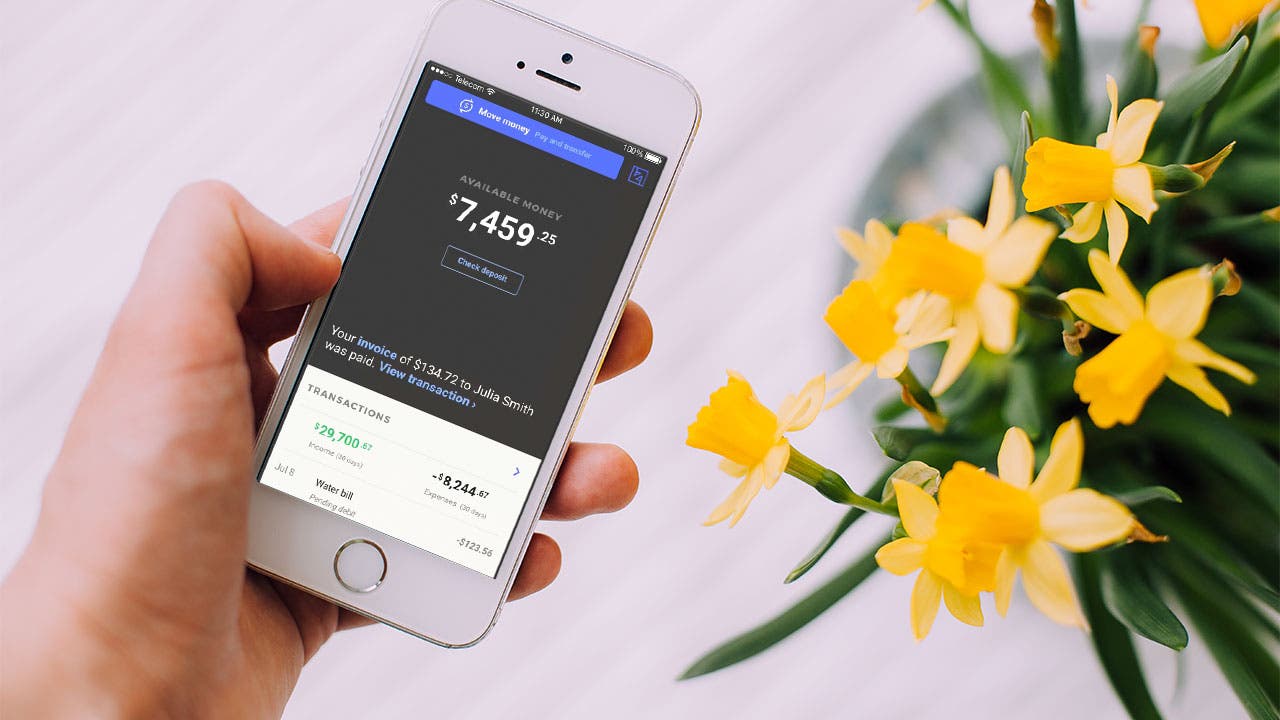 If you’re a freelancer, an artist or a worker in the so-called gig economy, there’s a good chance the banking options available to you seem decidedly lacking.

Either you are not eligible for small business accounts or you’re using a commercial product that is a poor fit—it’s too expensive, or it has more functions than you really need.

Slightly more than a third of the workforce could be considered part of the gig economy, says Brad Smith, CEO of Intuit, the makers of TurboTax and Quickbooks. He added that this figure could rise as high as 43 percent by 2020. In other words, the number of people working for themselves is growing very rapidly.

Banks struggle to serve this population, for a variety of reasons. Primarily, they haven’t figured out how to tailor solutions to freelancers in a way that is profitable and sustainable.

Enter technology. There are a handful of fintech firms looking to crack the code on effectively serving freelancers and gig economy participants. Bankrate recently caught up with three of them worth knowing about.

Before looking at the options, there is one pertinent question worth answering. Why can’t you just use your regular old checking account? If you’re already in the gig economy, this is more than likely how you’re already been managing your dough.

Executives at the startups we spoke with say there plenty of problems with this strategy. According to them, it’s a good idea to keep your personal funds separate from your professional funds in case you ever want to grow your business.

Say you’re designing mid-century modern end tables to sell on Etsy. Your business begins to boom and you start shopping for a business loan to finance your inventory. Potential lenders will likely want to see proof of revenues and cash flow. Now imagine your business funds are all mixed up with your late-night bar tabs, lattes and monthly gym membership.

“Not having your personal expenses separate from your business expenses can cause you problems,” says Ramona Ortega, entrepreneur-in-residence at Azlo, one of the small business platforms.

But these headaches are not purely of the church-and-state variety. Brian Merritt, CEO and founder of Seed, another small business platform, says using your personal account to run your business could nullify important protections.

For instance, if you’re a victim of fraud, the regulations that require your bank to absorb the costs could be invalid if the bank determines the transactions were not consumer in nature.

“That’s just one example of hundreds,” Merritt says. “It’s very risky to run a business out of a consumer account, and most people don’t understand that risk.”

Azlo: A neobank for freelancers

Azlo is the very latest entry in the small business banking space. The firm launched its platform last week and has a very powerful friend in the world of digital banking: Spanish financial services giant BBVA, which is considered one of the most innovative global banks.

BBVA’s new digital businesses division led Azlo’s initial funding round last year, and BBVA Compass, the bank’s U.S. operations, is serving as Azlo’s bank partner. Azlo is the front end, but ultimately your cash is on deposit at BBVA—this is a common approach for neobanks.

Azlo promises an easy online sign-up process, often a notoriously difficult hurdle in banking. The account has no fees and no minimum balance requirements. Much like traditional checking accounts, small business accounts often charge fees when balances fall below minimum thresholds. Additionally, the firm has invoicing tools that it says allow users to get paid more quickly.

The startup is building up a network of affinity partners. So far, it has integrated with payments firms Stripe and Square, and says it’s close to launching similar integrations with a variety of online marketplaces and accounting tools.

It also wants to make sure the platform is relevant to entrepreneurs from diverse backgrounds. Some of that will be marketing and outreach, Ortega says, but one concrete example is free or low-fee international payments.

Azlo will profit from debit card transactions, as well as foreign exchange revenue on international payments. Eventually the company may explore lending, too, which would provide it with more revenue opportunities.

Tax season isn’t much fun for anybody, and it can be a nightmare for freelancers. Since they are typically paid flat fees, freelancers are on their own when it comes to figuring out how much they’ll owe in taxes.

Painless1099, which takes its name from the tax form issued for non-salary payments, believes it has solved this problem. Users link their bank accounts to the app, which estimates their tax liabilities based on the money coming into the accounts. It even automates the process of reserving funds earmarked for taxes. It’s like an industrial-strength version of savings apps like Digit.

Co-founder and CEO Ace Callwood says people are not good at saving and also struggle to figure out how much they should be setting aside.

“Our goal is to let them do the work they love and not worry about the rest of the stuff,” Callwood says.

Launched in 2015, Painless1099 has $10 million in deposits. It partners with Lincoln Savings Bank in Reinbeck, Iowa to hold the deposits.

The company is expanding to help users set aside money for retirement and health insurance. It is eyeing student lending, too.

“We want to be the HR department for 1099ers” Callwood says.

Of course, the money is still yours, so you can dip into it if you want, but Painless1099 will send you alerts warning that you’re going to be off track on taxes. Callwood says that the company’s audits have found that it is typically within a penny of being right on gauging what people will owe the Internal Revenue Service.

“If we get the right info, we are really accurate,” Callwood says.

Historically, Painless1099 has charged its users 35 basis points a month, with a maximum of $125 a year. It is soon moving to a flat $10 per month fee.

Seed’s founders have a pretty impressive fintech pedigree. They were among the first employees of Simple, one of the original neobanks, sold to BBVA in 2014 for $117 million.

Merritt, along with co-founder Ryan Hildebrand, set out to create something for the small business set because, he says, “we knew a lot of businesses use Simple but shouldn’t.”

The firm launched its platform last year. Its goal is to provide entrepreneurs with an easy and seamless experience, with features such as letting users quickly search and sort transactions, including pending ones. It also has integrations with accounting tools like Quickbooks.

Seed partners with The Bancorp Bank to hold deposits. Similar to Azlo, it makes money on interchange fees and is considering other revenue strategies, including lending.

Another advantage it has over using a retail account is a higher limit on remote deposit capture. Retail accounts typically cap that at around $2,000.

The company is also big on being helpful to its users. Its regularly updated blog is brimming with ideas intended to help entrepreneurs.

The company also takes a cue from the infamous tagline from the Hair Club for Men commercials from the 1990s. “We run Seed on Seed,” Merritt says.