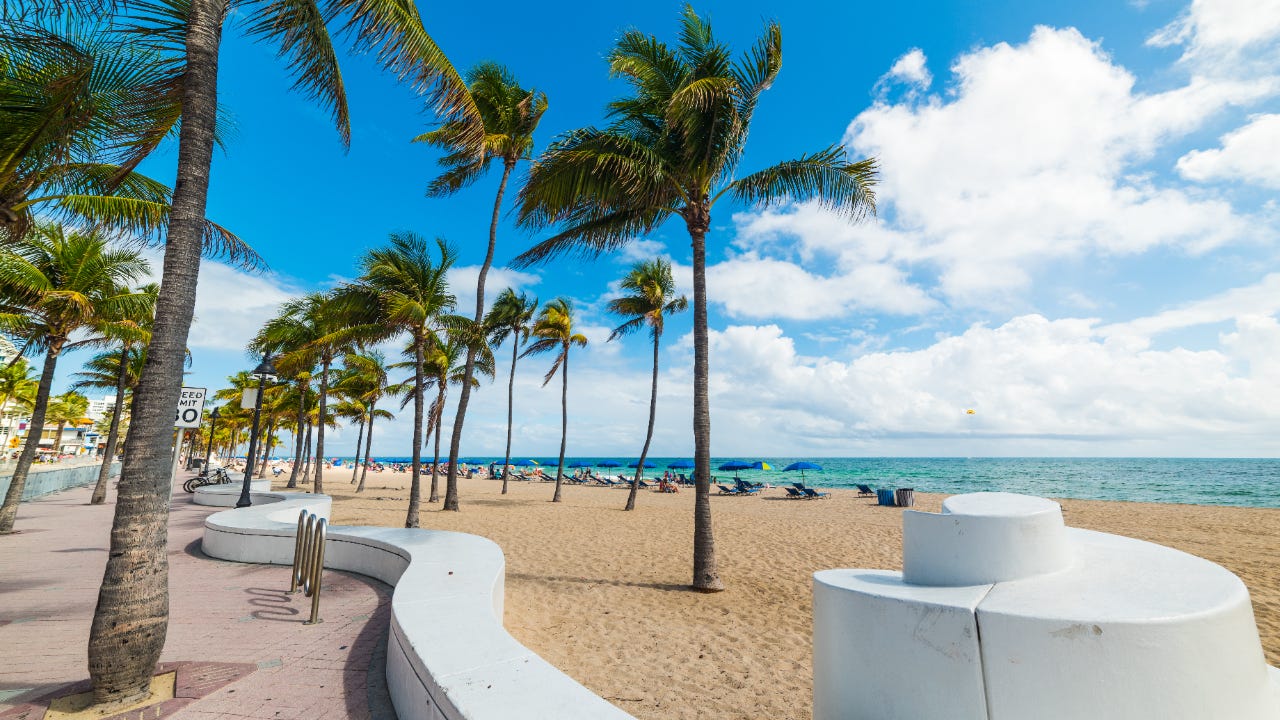 One way Americans might be able to limit their tax burden is by moving to a state with no income tax.

As of 2021, Americans don’t have to pay state taxes on their personal income in nine places:

While New Hampshire doesn’t collect levies on wages, it does still tax income earned from dividends and interest payments.

Is living in a state with no income tax better for Americans’ wallets? States still need revenue, meaning they could charge higher property, excise or sales tax rates to make up for the missing money. Meanwhile, proponents suggest that states with no income tax become better beacons for growth, creating more jobs and retaining a core of young, educated workers who don’t feel the need to move to other states with lower tax burdens.

The taxation debate is largely ideological. Those with larger paychecks might see the cons of taxing personal income. On the flip side, those who want governments to help shape society — and support investments in education or infrastructure — might favor an income tax. Before taking a side, however, consider these factors.

Explore additional ways to lower your tax burden in our new video series.

Do states with no income tax outperform other states?

Four of the top 10 states with the strongest economic outlook do not charge an income tax, according to 2021 rankings from the American Legislative Exchange Council, a think tank focused on free markets and limited government.

Part of that might be because they’re attracting more workers. States that don’t have an income tax gained a net inflow of 285,000 new residents leaving from the 41 states that did charge an income tax, according to 2018 figures from the IRS, the most recent for which data is available.

An analysis from the Tax Foundation using Commerce Department data shows that states without an income levy grew at twice the national rate over the past decade, while gross state product grew 56 percent faster in those locations over the same period.

“They tend to be outshining some of their peers that do have income taxes,” says Katherine Loughead, senior policy analyst at the Tax Foundation who focuses on state tax policy.

Others, however, point out that missing income tax revenue might come with a cost — particularly when it comes to infrastructure and education spending. South Dakota and Wyoming, for example, spent the least on education of all states, according to a 2021 analysis from the Census Bureau.

New Hampshire, meanwhile, contributed the least amount of money to higher education investments, according to research from Illinois State University, and consequently has the second most expensive four-year in-state tuition and fees in the country, the College Board found.

“Preserving and enhancing states’ investments in education, health care, roads, bridges, parks and other infrastructure will do far more to boost inclusive economic growth and the well-being of their residents than will cutting income taxes,” says Michael Mazerov, senior fellow at the Center on Budget and Policy Priorities.

Job growth might not also be able to keep up with the rapidly expanding population. Employment growth in states with no income tax trailed population growth by roughly 41 percent in the no-tax states, compared with 19 percent in the states that had the highest top income tax rates, according to 2017 research from the Institute on Taxation and Economic Policy (ITEP).

Does living in a state with no income tax save Americans’ money?

States without a personal income tax might ask residents and visitors to pay more sales tax on groceries, clothes and other goods, as is the case in Washington. A 6.5 percent state sales tax combined with city and or municipal sales tax rates result in a sales tax of up to 9.29 percent. The Tax Foundation puts the state’s total tax burden at 9.8 percent, making it the 24th most affordable state, the least of any state with no income tax and behind other areas that do charge the levy, including Indiana, South Carolina, Utah and Missouri.

Florida relies on sales taxes and has the 24th most affordable combined state and average local sales tax rate in the nation, while its property taxes are above the national average, according to the Tax Foundation. Tennessee has the highest average combined sales and local tax rates in the country, at 9.55 percent.

Homeowners in New Hampshire end up paying the third-highest property tax rate in the country (1.89 percent), the Tax Foundation’s estimates found, while Texas isn’t far behind at 1.6 percent. New Hampshire derives 63.8 percent of its revenue from property tax money, the most of any U.S. state.

Cost of living is also a prominent factor. Florida, Washington, Nevada, Washington and New Hampshire were among the 20 most expensive states to live in, according to 2021 data compiled by the Council for Community & Economic Research, which takes into account grocery, transportation, health and housing costs. Alaska was the seventh most-expensive place to live, though experts chalk that up to the state’s remoteness.

Americans, however, might not see higher sales tax rates as a disincentive to move to a state without an income tax. Out-of-state guests are also contributing to sales tax revenues in tourist-heavy states such as Florida and Nevada, while the sales tax system might be seen as simpler and more transparent than the way wages are taxed.

Income taxes also tend to be easier to raise over time than sales taxes, according to Loughead’s research.

“We don’t see as many increases in sales tax rates from year to year, but we see a lot of adjustments in income taxes,” she says. “If you rely heavily on income tax compared to other revenue sources, you’re going to have higher burdens.”

Living in a state with no income tax? You might not be able to claim the full state and local tax (SALT) deduction

Another downside, taxpayers who live in states with no income tax might not be able to take advantage of one type of tax deduction.

Known as the state and local taxes (SALT) deduction, the current code allows most taxpayers who opt to itemize their taxes instead of taking the standard deductions a maximum deduction of $10,000 from their federal taxes. That total is worth all of the property taxes they paid to state and local government agencies as well as their tally from either sales taxes or individual income taxes.

Since most people rack up more individual income taxes, that is the category they choose to deduct. Yet, without making some big purchases or holding a substantial real estate portfolio, it will likely be harder to hit the new $10,000 cap for individuals who live in a state with no income tax.

Income taxes are usually “progressive” in nature, meaning that they tax higher earners at a greater rate than lower earners. Other taxes typically don’t have that Robin Hood-like characteristic.

Sales taxes, for example, are considered “regressive.” They don’t change depending on the income level of the consumer. They treat everyone the same. So do levies on food, gasoline and other key consumable items.

These taxes place a bigger burden on the poor, according to ITEP research. The reason is the lowest earners in the state devote the lion’s share of their take-home pay to buying things that are subject to sales taxes. The wealthy, who can save a chunk of their income in their 401(k)s and other investments, have a much smaller proportional exposure to the sales tax.

Whether you should move to a state with no income tax depends on your personal financial situation and your individual priorities. Families with college-aged students might not want to move to a state with no income tax if it means paying more tuition. Meanwhile, if the bulk of your household budget goes toward groceries and clothing — items that are sales taxable — you might not save much money in the long run. States’ inheritance taxes should also be taken into consideration, especially if you’re nearing retirement and hoping to eventually pass down an asset while considering a move.

As the economy rebounds from the pandemic and remote work becomes increasingly more common, Americans might find that they can live and work in different places than they could before the outbreak. But if a state with no income tax has limited employment opportunities for your industry, you might want to hold off on relocating just so you can reduce much you’re paying in taxes every year.

At the same time, higher-income earners might benefit from living in a state with no income tax. And if you don’t own property, you might not feel a big difference in your tax burden.

“You do see a trade-off when it comes to the major taxes that states levy,” Loughead says. “if you’re a really high-income individual, you’re probably going to think twice before living in a state with high income taxes, especially if there’s a bordering state where you can reside in.”