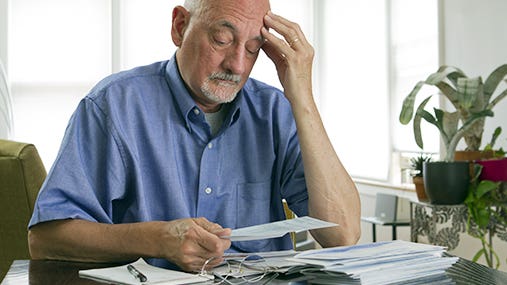 Will you learn these lessons the hard way?

Retirement is one of the most talked-about and planned aspects of life today. Virtually every major news outlet, financial planner and employer has a section on their website devoted specifically to it. Despite all the tools, conversations and resources, a successful transition from the 9-to-5 workday to retirement bliss remains elusive and constitutes fertile ground for mistakes, particularly for new retirees.

Tough life lessons aren’t just for work, marriage or children. Many people who think they’re prepared for retirement learn the hard way that life after work comes with its own challenges.

Eyes, ears and teeth retire, too 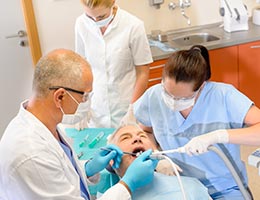 One surprise awaiting new retirees is that Medicare doesn’t cover many costs associated with losing a key sense, such as hearing.

Bud Hebeler, retired executive and founder of AnalyzeNow.com, says, “My teeth stopped working about the same time I did, and dental costs can be brutal.” Crowns, root canals and implants cost a pretty penny and represent one-third of the financial burden retirees face after the paychecks and company insurance stops.

“Every one of our older friends has a hearing problem,” says Hebeler, noting that costs for hearing aids can quickly reach thousands of dollars, with many tests not covered by insurance. This translates into unexpected expenses that may not be part of a new retiree’s budget plan. Vision exams and treatments, hearing aids, and dental costs can quickly replace plans to travel, golf and spoil the grandkids.

Retirement coach Christine Moriarty suggests, “You almost can’t afford not to have the additional insurance for them,” adding, “They aren’t just one-time expenses either. … Retirees will have to upgrade to new technologies at some point in order to maintain a good quality of living.” 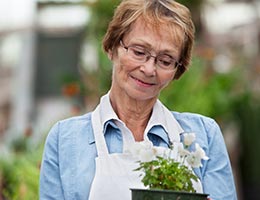 The idea of using part-time work to fill financial gaps and provide a social outlet for new retirees has become a popular theory in retirement plans today. It may sound simple and even look good on paper, but finding a gig that meets all of a new retiree’s desires can be a different story.

Most people don’t plan to retire to a more difficult or stressful job, let alone for less pay. However, overly optimistic retirees can end up regretting their retirement decision if they don’t take steps to line up the actual work they will be doing.

“Keep your expectations low when it comes to part-time work,” says Moriarty. “Treat it as a means to getting out of the house and earning some extra money rather than supplementing your monthly living expenses.” 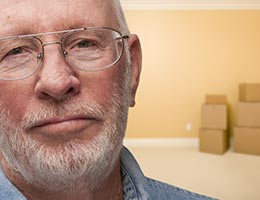 Spending time with family, especially with grandkids, ranks as a top priority for many retirees. Exactly how much time or, more importantly, how much money is a very real issue that can come back to sting retirees later on.

For example, a common faux pas is holding onto more space than needed. “Some couples will refuse to downsize their home because they want to host family events,” says Hebeler. “Yet, if the space is rarely used, taxes, utilities and maintenance can eat away at savings at an inflation-like rate.”

Moriarty sees another family tendency that can trip up new retirees: Moving to a new location to be closer to family. “Don’t move just to be around your kids and grandkids,” she says. “Young professionals are very mobile and, if a job offer comes that they can’t refuse, retirees can find themselves isolated in a new area without family or friends nearby.”

Both Moriarty and Hebeler suggest evaluating factors besides family such as climate, the cost of living and nonfamily relationships that can be relied upon before making a major transition.

Taxes and penalties can crack your nest egg 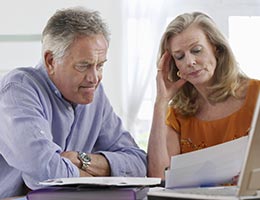 Another difficult lesson new retirees may unknowingly face comes in the form of taxes and penalties associated with withdrawing retirement savings. Moriarty is still surprised at the number of new retirees who don’t have withdrawal strategies.

“One client took an IRA withdrawal from her account instead of her husband’s only to learn that because she had not reached age 59 1/2 yet, she had to pay a 10 percent penalty,” Moriarty says. “An unnecessary expense a professional could have easily steered her away from since her husband was age 62 at the time.”

Another common withdrawal mistake is taking a large individual retirement account distribution to pay off debt, such as a mortgage or home equity loan. “If you withdraw $50,000 or $75,000 to pay off your mortgage, you have to pay taxes like you earned it,” says Certified Financial Planner professional D. Drummond Osborn, president of Osborn Wealth Management.

Osborn appreciates the desire for retirees to be mortgage-free, but says, “Depending on your tax bracket, taxes due could amount to as much as one-third of the total withdrawal.”

Instead, he suggests new retirees consider stretching out larger withdrawals over two or more years to reduce the overall tax burden. 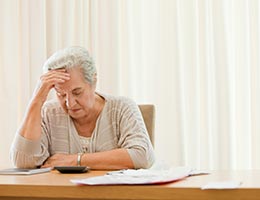 The notion that retirement is stress-free is greatly exaggerated. Hebeler knows this all too well, saying, “Whether it’s your daughter getting a divorce, a parent running out of money or time to prepare for another surgery, the list of challenges you face can seem bigger than ever.”

The need to provide financial support to an adult child, aging parent or to cover a medical condition is well understood, but the emotional side of these issues can take an unexpected toll on new retirees. With extra time and fewer distractions to divert their attention, retirees can be consumed by the drama surrounding these events instead of living out their lifelong desires.

“It’s important to have balance, and a plan for what you’re going to do every day,” says Moriarty. “If you don’t fill time with hobbies and other things you like to do, the negative stuff can overwhelm you.”

New retirees who wish someone had warned them about the hard lessons that lie ahead must face the unexpected head-on. Knowing in advance how to plan and pay for unexpected expenses as well as how to spend their time can help them make a more successful transition.