As homebuyers vie for a limited supply of properties, many shoppers are making a concession that would be unthinkable in a normal housing market: They’re assuring sellers that they won’t use a home inspector’s findings to haggle for repair costs or wiggle out of a deal.

Buyers in many areas are waiving home inspection contingencies. It’s yet another sign that, in an era of record-low inventories, sellers are very much in the driver’s seat. “That’s just part of the reality right now,” says Joe Tyrrell, president of ICE Mortgage Technology.

What are the risks of waiving a home inspection?

A home inspection is a standard part of the homebuying process. After a buyer’s offer is accepted, the buyer hires a licensed professional who checks the wiring, flushes the toilets, peers into the attic and tests the heating and air conditioning systems.

In a buyer’s market or a more balanced market, buyers often use the inspection as a bargaining chip. For example, a toilet that runs doesn’t affect the underlying safety and soundness of the home, but it does present an opportunity for the buyer to ask for a repair or credit from the seller.

Under normal circumstances, you would never want to waive a home inspection. Buying a home is the biggest purchase many people ever make. Having a home inspection conducted before finalizing the purchase protects your financial interests. This is because inspections are designed to uncover any problems with the home. If you skip it, you risk serious issues that could cost you a great deal of money down the line, such as asbestos, mold infestation or cracks in foundations or support beams.

Waive the contingency, but not the inspection

The home inspection contingency, however, is a bit of legalese that gives a buyer a way out of a deal.

In today’s super-competitive market, buyers are making their offers stand out by agreeing to ignore minor issues. Rather than skipping inspection entirely, though, savvy bidders are modifying the language in their offers, says Katie Severance, an agent with Douglas Elliman in Palm Beach, Florida. For instance, you might still conduct an inspection but promise the seller that you’ll overlook any single repair valued at less than $500. Or you might specify that you’re scouting only for major issues such as mold, radon or a faulty foundation.

“The buyer hopes to send the message to the seller that they’re not going to nickel-and-dime them,” says Severance, author of “The Brilliant Home Buyer: 101 Tips for Buying a Home in the New Economy.”

Most people buy a home only once a decade or so, and the details can get confusing. Many buyers — particularly first-time buyers — don’t grasp the difference between an inspection and an appraisal, says Christian Adams, a former real estate broker and CEO of Repair Pricer, a company that estimates the cost to repair an inspection’s findings.

The inspection focuses on the systems and the structural soundness of the house. The aim is to identify problems that, if neglected, can create major issues while you own the home. “A $1,200 plumbing repair can turn into $1 million,” Adams says. If an inspector identifies potential problems, particularly significant problems such as toxic mold or a cracked foundation, he might call in experts for further study.

An appraisal, on the other hand, estimates the value of the house by comparing it to similar properties that have recently sold. An appraiser might or might not even enter the house. If you’re taking out a mortgage to buy the house, the lender will require an appraisal — it’s a safeguard designed to protect the mortgage company from lending more than the property is worth. Lenders typically don’t require inspections, however.

What else can homebuyers can do to beat out the competition?

Buyers are at a disadvantage in today’s seller’s market. If you’re doing battle, or preparing to, here are some tips to help you land a property: 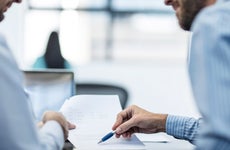 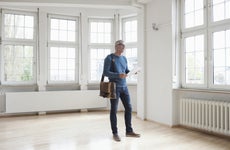 Can you get homeowners insurance without an inspection? 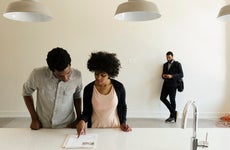 Should you get a home warranty when selling your house? 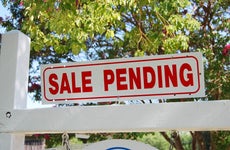 I’ve changed my mind about selling my home. Can I back out of the sale contract?