In the U.S., early forms of housing discrimination took place following the abolition of slavery, when landowners would raise the price of the property for former slaves to prevent them from buying or renting land in the community. Nowadays, there are laws in place to prevent such discriminatory actions, but unfortunately, the problem persists. Read on for a deeper definition and examples of housing discrimination in modern-day real estate.

What is housing discrimination?

Housing discrimination is the illegal practice of treating or behaving differently (ie, discriminating) toward buyers or renters of dwellings based on race, color, religion, national origin, sex, family status or disability.

As far back as 1917, the Supreme Court ruled that practices such as raising prices for certain racial groups to keep them out of the area were illegal and unconstitutional. But emerging social, political and economic groups brought about new forms of segregation and discrimination. People were denied the ability to buy or rent homes and land based on far more than just the color of their skin — including their religious beliefs, nationality, family status and more.

Government policies like redlining prevented banks from extending government-backed mortgages and loans to people in areas deemed “high-risk.” These areas typically were predominantly neighborhoods of color. Areas that weren’t redlined saw greater investment and thrived, while simultaneously refusing to rent or sell homes to marginalized groups.

Redlining — so named because the “high-risk” areas were literally outlined in red on maps — remained common until the time of the civil rights movement, and specifically the Fair Housing Act of 1968.

Congress passed the Fair Housing Act in 1968 to help address the country’s continued segregation problems. Technically Title VIII of the Civil Rights Act of 1968, the act is rooted in both the 13th and 14th Amendments of the U.S. Constitution.

The Fair Housing Act sets specific guidelines meant to prevent people from being denied fair and equal treatment when buying or renting dwellings or property. The original version prohibited discrimination concerning the sale, rental and financing of housing based on race, religion, national origin, sex, disability and family status. Over the years protections for more groups, including veterans, have been added on. Most recently, in 2021, President Biden issued an executive order mandating that prohibiting discrimination based on “sex” must include sexual orientation, gender identity and gender expression.

Jane is looking for a house to rent for her family. She calls a landlord to inquire about a listing she saw online, and the landlord asks if she has any kids. When she answers yes, the landlord says the property isn’t available and hangs up. Jane then has her friend Jennifer call to check if the house is still available. When the landlord asks if Jennifer has kids, she responds no and the landlord says the property is still available, when can she come see it? In this example, Jane is being illegally discriminated against on the basis of family status — she is being denied the opportunity to rent a home because she has children.

Housing discrimination isn’t always so straightforward, though. In the 2016 court case Castillo Condominium Association vs. U.S. Department of Housing and Urban Development (HUD), a man named Carlo Gimenez Bianco sued his condo association for kicking him out of his apartment because he had a dog. The dog was a violation of the condo’s no-pet policy. However, it was a service dog that provided him treatment for a disability, and the Fair Housing Act requires that “reasonable accommodations” must be made in such cases. The court found in favor of Bianco.

It is illegal to refuse to sell, rent or finance housing based on race, religion, nationality, sexual orientation and more. If you feel you’ve been a victim of housing discrimination, you can file a complaint with HUD here. 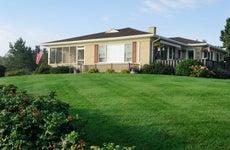 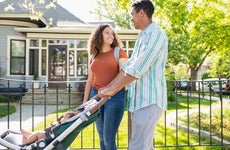 Definition of steering in real estate 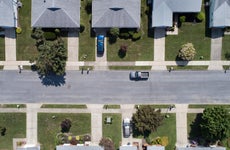 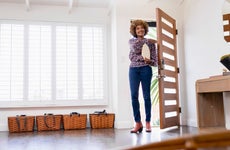