As the health of the economy fluctuates, more and more homebuyers are changing their minds about purchases they have in the works. In fact, buyers are backing out of home-purchase deals at the highest rate since the early days of the COVID-19 pandemic. This response to a changing housing market puts sellers and homebuilders in a difficult spot, left with a considerable amount of uncertainty. Why is it happening, and what can sellers do to protect themselves?

Why are homebuyers canceling deals?

Cancellation rates among homebuyers are the highest they have been in several years. According to data from the National Association of Realtors (NAR), about 7 percent of contracts were terminated between March and May of 2022, up from 5 percent in April 2021. Data from Redfin, meanwhile, shows an even higher cancellation rate of 15 percent, up from 11 percent year-over-year.

The significant amount of deals falling through can be attributed largely to the shifting economic conditions, including the rising inflation rate. To combat this, the Federal Reserve has raised interest rates multiple times, resulting in a sharp increase in formerly record-low mortgage rates. This was problematic for buyers, particularly those who were unable to lock in a mortgage rate for the long term and saw their expected interest payments suddenly grow dramatically.

“The rise in mortgage rates is no doubt the biggest factor,” says NAR chief economist Lawrence Yun of the many canceled deals. The period between contract signing and closing is key to this, he explains: “During this time interval, some buyers may have had a mortgage rate lock and were not impacted. But those who took a chance on what the mortgage rates would be later are finding a much higher required monthly payment.”

The issue is even worse for homebuyers who were looking to live in a newly constructed home, because the time between construction and actually occupying the home is so much longer. That time frame can run from eight months to a year, Yun says. “This long length of time opens the door for a greater chance of a mortgage rate shock,” he says. “Someone who initiated buying back in December, when mortgage rates were 3 percent, to now, when rates are [close to] 6 percent, is seeing a substantial change in mortgage payment expectations.”

While buyer cancellations may be on the rise at the moment, they can potentially happen anytime, no matter the market conditions. There are a number of reasons why a buyer might choose to, or be forced to, cancel a sale agreement.

The most common reasons are built right into standard purchase contracts. Many include contingencies in case unexpected problems arise during the transactions. These contingency clauses can kick in if, for example, a home inspection reveals an unexpected major issue, or a home appraisal determines that a property is worth significantly less than the buyer agreed to pay for it. In many cases, these circumstances allow a buyer to walk away from the deal.

Sometimes, a buyer may even be forced to walk away from a sale that they would rather complete. For instance, their financing might fall through and leave them unable to finance the purchase.

What can sellers do to protect themselves?

When buyers cancel, sellers can feel like they have been left in the lurch. However, there are protections that can be put in place — and if a deal does fall through, there is still some recourse for sellers.

First and foremost, be proactive by protecting yourself in the contract. Make sure you have contingencies in place that give you an out if, for example, your buyer’s financing falls through. You’ll probably want a real estate lawyer’s help with this, even if your state doesn’t legally require one.

In addition, some sellers keep backup offers in their back pocket just in case. A backup buyer — someone who placed an offer on the home and is willing to wait for the opportunity to buy if anything goes wrong in the preferred agreement — waiting in the wings is a very useful safety net.

In extreme circumstances, a seller could potentially seek legal action against a buyer who backs out of a contract. This might be an option with buyers who have failed to meet a number of required deadlines and may be considered in default of the contract agreement. However, situations like this rarely go to court. A more common outcome is that the seller may keep some or all of the earnest money put down by the buyer, essentially a guaranteed payment that is meant to be collateral if the contract is not completed.

If a deal falls through with no backup offer in place, then the seller can place the home back on the market and the selling process essentially starts all over again.

Contract cancellations sometimes happen during the homebuying process. They are occurring more often now because of the current economic conditions, according to the National Association of Realtors, including high levels of inflation and increased mortgage rates. But sellers have options to protect themselves and their sale, including contingencies and backup offers. In most cases, if a deal does fall through, the home is simply relisted and has another opportunity to sell. 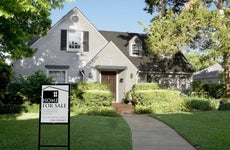 What can the seller do if the homebuyer backs out? 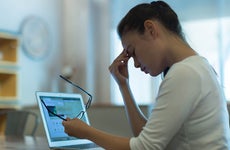 How to avoid panic buying in an ultra-competitive housing market 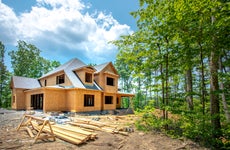 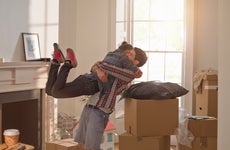 How homebuyers can compete in a strong seller’s market